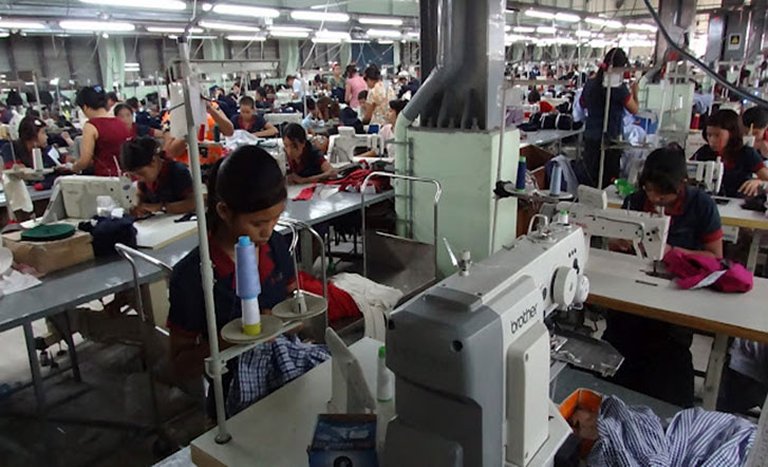 Rising production costs in China have hastened the search for alternative production bases, with manufacturers paying much attention to places in Southeast Asia, where choices are varied.

Almost all of Hong Kong’s manufacturing has been relocated away from the city over the past 20 years, with the bulk of this going to the Chinese mainland. Hong Kong’s northbound relocation typically went to the Pearl River Delta (PRD) in the hinterland of Guangdong Province. Having emerged as the world’s factory, however, China’s production costs have surged dramatically in recent years. It has also become increasingly difficult to find workers for the manufacturing plants, thus accentuating the need for relocation.

Currently, much attention is being placed on alternative production bases in countries in the Association of Southeast Asian Nations (ASEAN) or Southeast Asia [1]. As a trade bloc, ASEAN has undertaken a decades-long integration programme, despite its vast economic and demographic differences. Capitalising on the achievements of targeted reform and integration measures, ASEAN is expected to formally introduce the ASEAN Economy Community (AEC) by the end of 2015. This will create a single production base from which to access complementary products and services in the region, while establishing a network of industries across ASEAN and enhancing participation in the global supply chain.

While considering Southeast Asia as a location for alternative production bases, it is useful to see how these nations compare to China’s Guangdong Province or, more precisely, the Pearl River Delta (see the PRD Economic Profile). The PRD is not just a major manufacturing centre and economic zone for Guangdong, but also for the whole of the Chinese mainland. The delta region consists of nine cities: the provincial capital Guangzhou, Shenzhen, Foshan, Zhuhai, Jiangmen, Zhongshan, Dongguan, four districts and counties of Huizhou, and four districts and counties of Zhaoqing. Thanks to their proximity to Hong Kong, Shenzhen, Dongguan and Guangzhou are the three PRD cities that attract the most foreign direct investment (FDI).

The table below lists the respective sizes of the economies and populations of ASEAN countries, as well as their per capita incomes. ASEAN has three of Asia’s 10 most populous countries: Indonesia, the Philippines and Vietnam. By comparison, Guangdong has a population of more than 100 million, which is more than any ASEAN country, except for Indonesia, the world’s fourth-most populous country. However, the PRD accounts for slightly more than half of Guangdong’s population, while representing just above 4% of the Chinese population. A number of Hong Kong manufacturers have found it increasingly difficult to operate in Dongguan, largely thanks to higher production costs and problems in hiring workers. As a result, they have chosen to move beyond the PRD and relocate to other parts of Guangdong.

Other things being equal, the bigger a country’s economy or population, the greater the likelihood of it becoming a larger market for consumer products and related imported items. Furthermore, a bigger population, along with a relatively lower per capita income, points to a more sustainable supply of low-cost workers for manufacturing activities. Although China is the world’s most-populated country, with more than 1.3 billion people, rapid economic growth and the increased affluence of Chinese citizens have pushed up wages sharply and created a much greater diversity of service market opportunities. All this has considerably diminished the interest of many people, especially migrant workers, to engage in blue-collar factory work, an occupation that is considered somewhat mundane. This has particularly affected the PRD, which depends heavily on migrant workers from other provinces for its supply of manufacturing labour.

Based on the World Bank’s income classifications, [2] more than half of the ASEAN members are considered middle to high-income countries. The obvious exceptions are Cambodia and Myanmar, which are classified as low-income economies with per capita incomes of around US$1,000. If Guangdong, solely for comparison purposes, was considered as a country, it would have a per capita income of more than US$10,000. This puts it in the same league as Malaysia, an upper-middle income country in ASEAN (but below the high-income economies like Singapore and Brunei). In the figure above, per capita income can be viewed as a rough approximation of the average level of each ASEAN country’s consumption affordability or labour market expensiveness. In this regard, Guangdong may be seen as increasingly expensive when it comes to manufacturing labour-intensive, low value-added manufactured products. Apart from per capita income, practical consideration should also be given to the minimum and average wages in each of the overseas relocation options.

Labour Costs in Guangdong Outstrip Those in ASEAN

The table below shows the annual wages for manufacturing workers in Asia in accordance with a survey of Japanese companies in respective economies. While wages of many Southeast Asian countries are rapidly increasing, most of them are still way below that of China. This shows that the average annual wages for manufacturers in China are about four times that of Cambodia or Myanmar, more than two times that of Vietnam, almost twice the level of Indonesia, and only slightly higher than those in Thailand. [3]

In recent years, the upward wage spiral in PRD, along with the country’s emphasis on industrial upgrade and environmental protection, has hastened the search by many Hong Kong manufacturers for sites to relocate their production plants. Some have chosen to relocate further inland, including moving to the northern, eastern and western areas of Guangdong (i.e. the hills and wings of the Province), as well as to other nearby provinces. Many, though, are actively considering overseas relocation, particularly if the labour-intensive manufacturing processes do not require support from a very sophisticated industrial cluster, such as garment manufacturing.

When it comes to relocating to Southeast Asia, it should be understood that each of the ASEAN countries may offer a considerably different set of labour and logistics market conditions, not to mention investment incentives. Furthermore, the precise manufacturing conditions within each individual ASEAN country could be vastly different. They may well be dependent on, for example, the location of industrial estates, availability of nearby logistics facilities, efficiency of inland and international transportation, as well as an adequate supply of workers who are trainable and therefore capable of acquiring the required skills. To an extent, this is analogous to the situation where some Hong Kong manufacturers juggle with the choices as to whether to remain in the PRD or relocate deeper within Guangdong.

Against this background, this article presents a broad view of the economic income, population, and wage conditions of the candidate ASEAN countries looking to be considered as alternative production bases, along with a simple comparison with Guangdong. More detailed analyses of alternative production bases in Southeast Asia will be covered in two subsequent articles, extending across the major manufacturing industries, export markets, transportation and logistics facilities, average wages and labour skills, import tariffs, free trade agreements (FTAs), as well as the general environments for foreign investment.

The organisation of the next two articles adopts a geographical perspective, focussing on the mainland and maritime parts of Southeast Asia. It should be noted that ASEAN’s supply chains have become increasingly complex and intertwined amid a surge in intra-bloc trade over recent decades, and they are also no longer restricted to land-based transportation. This does not, however, diminish the role of the much improved road links in the region. For example, the building of the Greater Mekong Sub-region (GMS) transportation corridors over the past two decades has greatly contributed to border as well as intra-bloc trade. This has also hastened the move by Thai companies to increase their manufacturing investment into neighbouring Indochina, a move prompted by their own escalating labour costs. (Thailand: ASEAN’s Key Logistics Hub)

The second article of this series is entitled Alternative Production Bases in Mainland Southeast Asia (1) (2) and its focus is on Cambodia, Laos, Myanmar, Thailand and Vietnam. A number of these countries border China and can be accessed from Chinese provinces via land-based transportation. Many Indochinese countries are no longer impoverished by low infrastructure investment and crippled by less than satisfactory transportation and logistics arrangements. Some, including Myanmar and Vietnam, are fixing their infrastructure, accelerating their economic reforms, and eagerly opening up to foreign investment. In the process, they will be better able to release their large pool of relatively untapped labour resources in order to support their regional supply chains required for labour-intensive manufacturing.

Similarly, the third article, Alternative Production Bases in Maritime Southeast Asia, will look primarily at Indonesia, the Philippines and Malaysia [4]. The other two ASEAN member countries will be excluded as alternative bases, as Brunei is primarily an oil-fuelled economy with little manufacturing activity, while Singapore has both a relatively small workforce and high labour costs.

Rising production costs in China have hastened the search for alternative production bases in Indochina, where choices are varied. Thailand may appear a good option because of premier physical and business infrastructure, yet its appeal for labour-intensive manufacturing is fast diminishing against that of Vietnam, a rising star in Indochina. Cambodia and Myanmar appear to be more viable options than Laos, though the former two are not without their own challenges. Please click here to download the PowerPoint.

[1] Southeast Asia is a part of Asia that is geographically situated south of China, and between the Indian Ocean and the Pacific Ocean – it consists of 11 countries which include the 10 ASEAN countries and East Timor. For the sake of this article’s analysis, the term ASEAN is taken synonymously with Southeast Asia.

[3] It should be noted that these wage figures represent the average wages paid by surveyed Japanese companies in respective Asian economies. Any interpretation should take into account that some average wages may have been taken from a relatively small sample of respondents. For Myanmar and Cambodia, there were, respectively, three and 16 respondents. China and Vietnam reported, respectively, responses of 434 and 213, which appear to be a lot more indicative of the prevalent average wages paid by foreign companies in those countries.