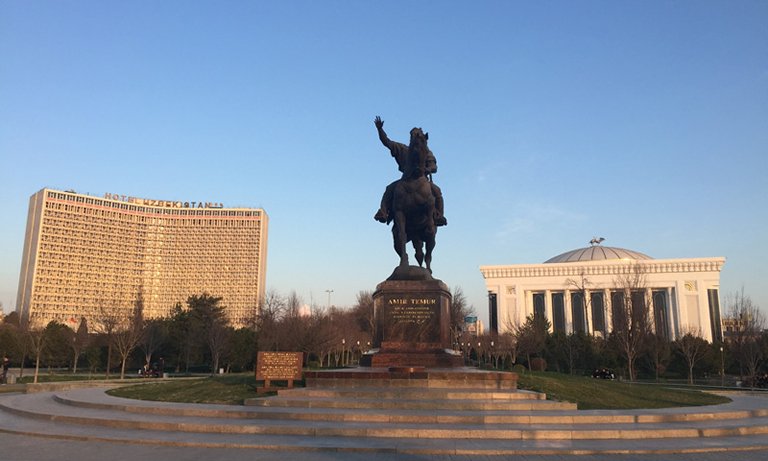 Uzbekistan: On the Reform Path

In September 2016, the man appointed as the new president of Uzbekistan, Shavkat Mirziyoyev, unveiled a package of proposals aimed at liberalising the economy. It included plans to free up foreign currency exchange, re-organise the tax system and loosen control over external trade activities. These economic reforms, coupled with the benefits of having the largest population in Central Asia, and generous tax benefits in new Free Economic Zones (FEZs), improving connectivity and a rapidly developing start-up ecosystem, are helping Uzbekistan become an increasingly attractive business and trading partner and a lucrative investment destination.

Becoming a Modern and Open Economy

Until reforms were introduced to open up the Uzbek economy, the public sector controlled most of the country’s economic activity, dominating the small, moribund private sector. As a result, many Uzbeks sought work abroad, with about 20% of its workers taking jobs in countries like Russia and Kazakhstan. Uzbekistan has a population of nearly 33 million people (45% of Central Asia’s entire total) and a labour force of 20 million. Now it is looking to unlock the full potential of this population dividend by boosting the growth of market-driven commercial activity.

Marketisation of Currency and Banking System

To support business and facilitate trade, the new Uzbek government switched the Uzbekistani Som (UZS) to a free-floating exchange rate in September 2017, uniting the official exchange rate with the informal market (or black market) rate. At the same time, the requirement that exporters sell a quarter of their foreign-currency earnings to the government under the official rate was abolished. This has encouraged firms and individuals to switch from using the informal money market back to the formal banking services. This improved confidence in the country’s banks has helped to double the total amount of deposits in Uzbekistan’s commercial banking sector to more than UZS80 trillion (US$9 billion) between mid-2017 and mid-2019.

Along with creating a more flexible exchange rate regime, Uzbekistan is looking to restructure the state-led banking sector to ensure a more efficient channelling of bank credits. In 2019, as a first step to reinvigorating market competition in the banking sector, the central bank of Uzbekistan issued the first Uzbek foreign banking licence to Tenge Bank (a subsidiary of Kazakh Halyk Bank). Backed by Halyk Bank’s establishments in Kazakhstan, Russia, Kyrgyzstan, Tajikistan and Georgia, Tenge Bank will not only act as a new source of private loans to promising Uzbek companies, but will also provide comprehensive trade finance instruments to support cross-border transactions.

On 1 January 2019, the Uzbek government introduced new taxation rules aimed at simplifying the tax regime and reducing the tax burden on the economy to around 2% of GDP.

Under these rules, non-bank and non-telecom companies have had their corporate income tax (CIT) cut from 14% to 12%, while firms with an annual turnover of less than UZS1 billion (US$120,000) are recognised as small businesses and are only subject to a reduced turnover (revenue) tax of 4%.

Because they are regarded as a strategic pillar for Uzbekistan’s economic growth, exporters no longer have to pay VAT of 20%. Companies which are still subject to VAT can offset their payments against the cost of purchased fixed assets, encouraging them to plough revenue into expanding their businesses.

Uzbekistan is making determined efforts to boost trade by upgrading its customs regime. The government’s most significant move in this direction has been to abolish the monopoly position of the state-run company Uzagroexport in the area of fruit and vegetable exports. From 1 July 2017, provided that the importer provides full prepayment for the shipment, Uzbek farmers have been allowed to deliver their products to foreign markets via direct contracts.

Other trade liberalisation efforts include allowing the export of manufactured products and services without registering an export contract, introducing zero import duty on electric vehicles, and adopting electronic forms and an electronic payment system for customs declarations. The combined effect of these economic reforms has been to shift Uzbekistan from its position as an extremely state-led economy towards a new status as a modern and open emerging market in Central Asia.

Alongside this economic turnaround, Uzbekistan has also been laying out a red carpet for international manufacturers looking to invest in the country’s 14 new Free Economic Zones (FEZs). Companies investing more than US$10 million in the FEZs can enjoy exemptions or concessions for up to 10 years on land tax, income tax, property tax, social infrastructure tax, custom payments for imports, and contributions to various government development funds.

The primary objective of the FEZs is to support import substitution, economic diversification and industrial upgrades to high-end manufacturing, in sectors with higher value-add such as pharmaceuticals, chemicals, the automotive industry, construction and tourism. Taking advantage of Uzbekistan’s well-established agricultural industry, 7 of the 14 FEZs are dedicated to developing high-value medical plantation and pharmaceuticals. The Uzbek government is looking to encourage the production of more than 70 of the 350 medicine-related plant species currently used in international medical practice.

To support its export-oriented industrial upgrade initiatives, Uzbekistan is also trying to improve its physical infrastructure and foreign trade relations. Thanks to the Central Asia Regional Economic Cooperation (CAREC) program, the Uzbek national rail network expanded from some 4,200km of track in 2016 to 4,700km in 2019, and the amount of electrified rail track more than doubled to 2,300km. The Uzbek government and the Asian Development Bank (ADB) have also been co-financing the procurement of 24 electric locomotives so as to make fuller use of the electrified tracks.

With the official launch of Uzbekistan-Kyrgyzstan-China highway corridor in February 2018, Uzbekistan is increasingly becoming an important transport node along the China-Central Asia-West Asia Economic Corridor – a key component of the Belt and Road Initiative in Eurasia. The 900km highway, which connects Tashkent with Kashgar in Xinjiang via southern Kyrgyzstan, has shortened the journey between Uzbekistan and northwest China from 8 days to 2 days.

The Uzbek government is looking to liberalise the movement of goods and people. While it prepares to join the World Trade Organization (WTO), Uzbekistan has been taking the lead in the development of a regional customs information system intended to harmonise arrangements among CAREC member countries, including Afghanistan, Azerbaijan, China, Georgia, Kazakhstan, the Kyrgyz Republic, Mongolia, Pakistan, Tajikistan, and Turkmenistan.

To facilitate cross-border business collaboration, the Uzbek Ministry of Foreign Affairs is also working on freeing up its visa policy. For example, it is introducing a 30-day e-visa for 77 countries and visa-free transit for 53 countries. From 15 March 2019, Hong Kong and Chinese mainland passport holders can apply for Uzbek visas online. These are small but important steps in the attempt to transforming the double-landlocked Uzbekistan into a more open and connected economy that works hand-in-hand with the new FEZs in attracting manufacturing investment from abroad.

Uzbekistan has worked together with Chinese investors to build production bases in and for Central Asia and Eastern Europe. A good example is Chinese Wenzhou Jinsheng Trading’s US$90 million investment in Peng Sheng Industrial Park. Kick-started in 2009, the Peng Sheng Industrial Park has become a vibrant manufacturing zone, accommodating 9 major producers and employing some 1,300 Uzbek workers.

More recently, a Chinese logistics and warehousing firm – Hebei Haowanjiao Wuliu Fazhan – is reportedly building the Uzbekistan Tashkent Hebei Industrial Park. Set to open in 2020, the park is expected to produce US$130 million worth of consumer goods and construction materials for the Central Asian and Eastern European markets once it is completed.

Hong Kong companies that are new to Uzbekistan can get a jump start by partnering with a Chinese mainland business or opening in one of the FEZs. Hong Kong ZRSC Technology and Hubei Provincial Road & Bridge, for instance, both became residents of FEZ Angren (Tashkent region) to invest in the production of different building materials.

Amid rising production costs in traditional bases and mounting global protectionism against products of Chinese origin, Uzbekistan presents an increasingly handy option for Hong Kong and mainland entrepreneurs looking for alternative manufacturing locations. The country’s advantages also include its abundant source of young labour, its close connections with Europe and Asia, and its free-market access to the often overlooked 270+ million-strong Eurasian Economic Union (EAEU) market.

The opening up of the Uzbekistan economy has been well received around the world. In February 2019, Uzbekistan was awarded its first-ever Moody’s rating of B1. The country has shot up the World Bank’s rankings of the best countries in which to conduct business, from 141st four years ago to 76th, thanks to the encouraging improvements in areas such as starting a business, getting electricity, registering property, getting credit and paying taxes.

Economic resurgence in the wake of reforms has seen migrant Uzbek workers gradually begin returning to the country. To cope with increasing demand for residential and commercial spaces, Uzbekistan is orchestrating the construction of Tashkent City – a large development area in the capital’s centre. Early movers to Tashkent include some world-leading hotel brands, such as Wyndham Hotels & Resorts and Hyatt Regency from the US, and South Korea’s Lotte Hotels & Resorts.