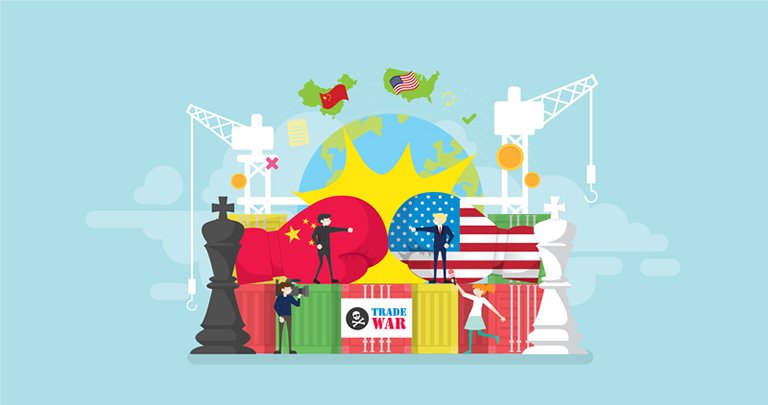 Prospering in a Time of Trade Tension: How to Ensure Your Business is Not a Trade War Casualty

Sino-US trade tensions have brought about fundamental changes to the way global trade is conducted, with the threat of tariffs now seen as a negotiating tool when it comes to securing wider objectives. Even should a trade deal be agreed, some – if not all – of the 301 US-imposed tariffs on Chinese imports could remain in place for a “substantial period of time”. Indeed, even should they be rescinded, there is no guarantee they won't return if the implementation of any future agreement falters at some point.

The current global trade environment, then, is arguably the most complex in modern history and one where a distinct protectionism sentiment is clearly on the rise. In light of this and in order to avoid the worst consequences of the ongoing Sino-US trade dispute, Hong Kong companies would do well to adopt a total solution approach, optimising their business operations and supply chains in line with the various customs strategies and international regulations that may allow them to reduce their overall exposure.

In an interview with Louis Chan, HKTDC Assistant Principal Economist (Global Research), Andrew Shoyer, Co-Leader, Global Arbitration, Trade and Advocacy Practice of Sidley Austin LLP, shares some advice as to how Hong Kong and mainland Chinese companies can make use of existing customs strategies in order to ensure their business will not become a trade war casualty.

Chan: How do you think Hong Kong and mainland China companies can prosper in the post-trade deal period should some of the Section 301 tariffs on mainland Chinese imports remain in place while there is no guarantee that any rescinded ones will not be reinstated?

Shoyer: There is a distinct possibility, regardless of the outcome of the current Sino-US negotiations, that the US will retain tariffs on at least the US$50 billion in imports of Chinese goods targeted in List 1 and List 2 Section 301 tariffs. The Office of the US Trade Representative (USTR) has allowed US importers to request an exclusion for List 1 and List 2 products, but very few of these requests have been granted. The US Congress has pressed USTR to implement a similar exclusion procedure for List 3 products, but so far, USTR has not done so. Companies that export Chinese origin goods to the US should not count on the availability of an exclusion procedure on an ongoing basis, even if List 1 and List 2 tariffs are maintained. An exclusion only remains in place for a year after the exclusion was published, and it is not clear whether there will be a procedure for renewing any exclusion.

Similarly, importers can reduce their exposure to additional tariffs by reviewing the elements that are being included in the customs value. US customs valuation should be based on the price paid or payable for imported goods, plus certain additions, reflecting the rules agreed by the World Trade Organization (WTO). This means that the value should normally be the invoice price, subject to certain adjustments. Those adjustments can translate into considerable tariff savings, as can using a program known as “first sale,” which allows an importer in a multi-tiered transaction to use the invoice price of an earlier sale in the transaction, if certain conditions are met.

Chan: Some consider the use of an alternative production base as the only affirmative way out of the Sino-US trade conflicts. What would be your suggestions when adopting supply chain and origin adjustments?

Shoyer: Hong Kong and mainland Chinese companies need to move cautiously when considering shifts in production locations. For now, the focus of Section 301 tariffs is on goods of Chinese origin, no matter from which country those goods are exported to the US. Accordingly, merely shifting final assembly or packaging to another country (e.g., Vietnam) would not likely confer Vietnamese origin on a product of China, and thus, the product would likely remain subject to Section 301 tariffs upon entry into the US.

This is a real concern, as companies are reporting that they have been informed that officials in certain countries would be only too happy to provide a “certificate of origin” for goods subject to very minor assembly or packaging. Those certificates are likely to be irrelevant, however. US customs law recognises that origin is conferred in the country in which a good has last experienced a “substantial transformation.” There is no single factor (e.g., X percentage of value added, or the performance of particular industrial processes) used in US customs law to determine whether a substantial transformation has occurred.

If companies can shift production locations and achieve substantial transformation outside China, then they might also consider reducing their exposure to US tariffs even further through the US preferential tariff regimes offered to developing economies (e.g. Generalized System of Preferences (GSP)) or under the network of US free trade agreements (e.g. Central American-Dominican Republic Free Trade Agreement).

Chan: Apart from 301 tariffs, there are also 201 (large residential washing machines and solar products) and 232 (steel, aluminum, uranium, auto and auto parts) measures currently in force or under investigation. How can affected Hong Kong and mainland Chinese enterprises best tackle these trade remedies?

Shoyer: For decades, the US used antidumping (AD) duties or countervailing (CV) measures to address the impact of imported goods that the US found to be unfairly traded, and that caused, or threatened to cause, material injury to a domestic industry. The US deployed so-called safeguard measures, using Section 201 of the Trade Act of 1974, less frequently, as those measures do not target unfairly traded goods, but rather fairly traded goods imported in such volumes as to damage domestic industry. The George W. Bush Administration used Section 201 to limit imports of steel, but withdrew the measures relatively quickly. The US has been singularly unsuccessful in defending the use of its safeguard measures when challenged under WTO dispute settlement procedures.

In 2017, the Trump Administration dusted off another type of remedy – Section 232 of the Trade Expansion Act of 1962, which authorises the President to impose restrictions if imports “threaten to impair national security.” The Trump Administration has implemented tariffs or quotas on steel and aluminum using Section 232, and has initiated Section 232 investigations on imports of uranium, titanium sponge, and autos and auto parts. Several of its trading partners, including the European Union (EU), have reacted with retaliatory measures against US imports.

Hong Kong and mainland Chinese companies need to factor these Section 232 measures into their supply chain decisions. US importers have been given the opportunity to request Section 232 product exclusions, but very few have been granted. In contrast to the Section 301 measures, the Section 232 measures seem less likely to survive after President Trump leaves office. But US concern about over-supply – and particularly as a result of mainland Chinese steel production – is long-standing. Accordingly, global supply and price levels are likely to be impacted for the foreseeable future.

Chan: In addition to tariffs and quotas, there are trade sanctions and export control issues including potential restrictions on “emerging and foundational technologies”, facing Hong Kong and mainland Chinese companies. What would be your advice regarding these?

Shoyer: The application of US primary and secondary economic sanctions, particularly with respect to Iran and North Korea, is likely to continue to present significant challenges for Hong Kong and mainland Chinese companies. But the implementation of export controls on “emerging and foundational technologies” (EAFT) represents an even greater source of disruption. The US Department of Commerce (USDOC)’s Bureau of Industry and Security (BIS) has been tasked with identifying EATF that should be subject to control. At a minimum, those controls are likely to consist of licensing requirements for exports or re-exports to countries subject to a US arms embargo, which includes mainland China.

The implications for Hong Kong and mainland Chinese companies are far-reaching, and the cost of failure in this area is enormous, as the ZTE case demonstrated. In contrast to US primary economic sanctions, which fall mainly on US persons, liability for US export control violations follows the US-origin item anywhere in the world. In addition to civil and criminal penalties, companies that violate US export controls can be placed on the BIS Entity List (resulting in the loss of access to US exports) or the Denied Persons List (resulting in the loss of the privilege to export or re-export US-origin items).

To thrive in a world of EAFT controls, Hong Kong and mainland Chinese companies need to invest now in risk-based compliance programs. Companies need to review their supply chains carefully, as well as the flow of engineers and other experts across borders who have access to US-origin technology that could be subject to export controls. Although BIS maintains excellent source materials on its website, having experienced counsel will be critical when building an effective compliance program.

This article has been prepared for informational purposes only and does not constitute legal advice. This information is not intended to create, and the receipt of it does not constitute, a lawyer-client relationship. Readers should not act upon this without seeking advice from professional advisers. The content therein does not reflect the views of the firm.