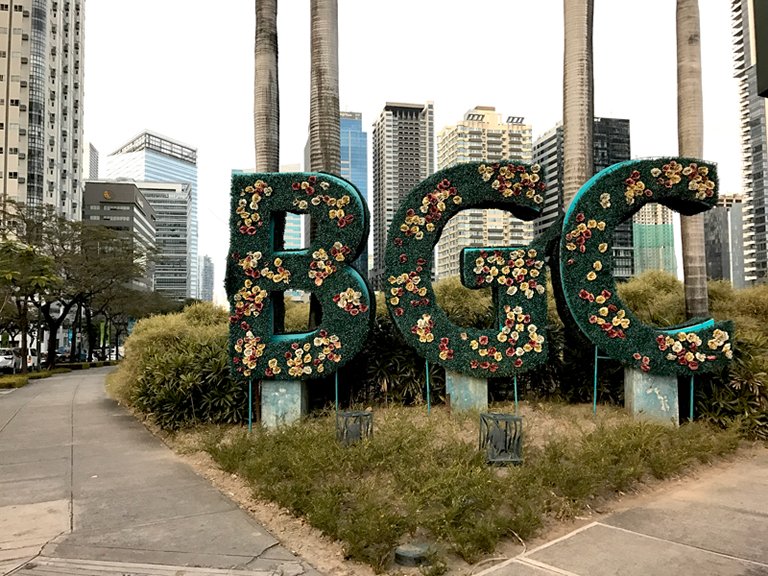 The Philippines: Infrastructure Opportunities and Challenges

Many countries in ASEAN, while boasting rapid growth and rising income on improving economic fundamentals, desperately need to upgrade their infrastructure to provide the backbone for long-term economic growth. This is particularly relevant for the fastest-growing major economy in ASEAN, the Philippines, which has been under-investing in the country’s infrastructure for many years. To correct this, President Duterte, who took office in June 2016, has made infrastructure development his prime policy pledge.

President Duterte has made infrastructure improvements a prime development priority in his “Dutertenomics” economic strategy. The “Build, Build, Build” programme is at the centre of his Socio-economic Agenda. The idea is that infrastructure projects will increase the productive capacity of the economy, create jobs, increase incomes and ultimately reduce poverty. The government aims to raise infrastructure spending to 5% of GDP by the end of 2017, and further increase it to 7% of GDP over 2018 and 2019. Public infrastructure spending is targeted to reach PHP8-9 trillion (about US$180 billion) during the period 2017-2022.

The bulk of the Philippines’ economic activity is centred in Luzon, the largest and most highly populated island in the archipelago that makes up the country. Transport infrastructure is not only poor in the rural areas outside central and southern Luzon, it is also inadequate in the island’s urban areas. Metro Manila, the region centred on the capital, suffers from congested road, sea and air traffic; while in Manila itself, one of the world’s most densely populated cities, the metro rail transit system is poorly maintained and does not have the capacity to serve the swelling population. It takes three to four hours to travel by car from Manila’s international airport to downtown Makati City, longer than it takes to fly from Manila to some ASEAN cities in mainland Southeast Asia.

The poor transport facilities in the Philippines hinder utilities provision and economic development. This is why the majority of the priority projects in the Build Build Build programme are ones involving transport infrastructure, such as national roads, regional airports, ports, freight facilities and railways. Many of projects are located in central and southern Luzon, but attention is also being given to Mindanao in the south, the poorest region of the country. The table below lists the flagship projects under the Build Build Build initiative.

The New Clark City development, a comprehensive urban development project which is envisioned to turn the successful Clark Economic Zone into a new township housing more than one million people, is another key project. The government is planning to strengthen the zone’s productive capacity further while developing the New Clark City, with new transport and logistics infrastructure projects including a new terminal building at the Clark International Airport, the Subic-Clark cargo railway and a bus-based mass transit system. The New Clark City is a large-scale development that is expected to take over 40 years to complete. Highways and public transport linking the New Clark City to Metro Manila, utilities, community facilities, commercial and residential land use will also be developed in the new township.

In spite of this enhanced ability to fund public projects, President Duterte’s infrastructure investment targets remain highly ambitious. A considerable amount of the financing is expected to be met by borrowing, with the Philippine government prepared to run bigger fiscal deficits, rising from 2% to 3% of GDP.

To widen funding for the infrastructure program, it will be necessary for the Philippines to engage with investors both locally and internationally. Yet the ADB has recognised that the Philippine capital market and non-bank finance are not resilient enough to gauge financing risk. The country must also broaden access to infrastructure finance and investment funds to deliver financially feasible and sustainable projects.

In addition to concerns over funding, the Philippines suffers from insufficient capacity to build and operate viable and sustainable projects. Both the government and industry need better infrastructure services. On the government side, technical assistance in feasibility studies, public expenditure management, organisational management, public services management and financial modelling should be better engaged. The efficiency and reliability of built infrastructure, whether constructed or managed by the government or by private companies, remains poor. While the Private Public Partnership (PPP) model is more prevalently adopted in many ASEAN countries, it is still somewhat new to the country.

On the industry side, professional services such as project development, transaction advice and technical feasibility studies are not readily available locally. The skills, organisation and mobilisation of Filipino construction workers are not up to the standards of their ASEAN counterparts in countries such as Malaysia and Thailand. There is a considerable service gap, which means that the Philippines may require greater involvement of foreign companies with the skill sets needed for the country’s bold infrastructure plan.

Nonetheless, the Philippines is now taking a keen interest in promoting the use of PPP. The Public Private Partnership Unit (PPPU) is currently tasked with optimising the institutional framework for adoption of the PPP model. Current procedures involve numerous government departments and agencies, and there is no clear guideline as to which government unit serves as the key contact for any individual infrastructure project. The PPPU is in charge of drafting such guidelines and deciding which body will work with consultants on developing PPP projects.

Although it is showing a greater intention to explore the PPP model, the Philippine government still seems more inclined to build the physical infrastructure itself and allow private companies to operate and manage the facilities afterwards. The government is keen to apply this model to the construction of transport facilities, including airports, railways and ports. The Build-Operate-Transfer (BOT) is another preferred model for education facilities and transport and water infrastructure, in which ownership of the built facilities and infrastructure will eventually be transferred back to the government.

Foreign companies should also be aware that they are not allowed to take full ownership of any infrastructure project in the Philippines. The local-foreign ownership ratio of 6:4 applies in all sectors related to infrastructure development. In any case, local partners are considered to be crucial as infrastructure projects involve regular contacts with local parties and government agencies. It would be very difficult for foreign businesses to deal with these parties by themselves, without support from Philippine partners with direct local contact and on-the-ground knowledge. However, collaboration opportunities abound in the Philippines as local companies often lack the technical capability to take up large-scale and/or complex infrastructure projects, and they are willing to partner with foreign firms able to bridge the gaps with specialised construction skills and expertise.

To this end, Hong Kong companies are in a strong position to offer professional and technical services to Filipino project owners. Hong Kong has seasoned construction and infrastructure professionals in master planning, transport planning, engineering consulting, architectural design and financial modelling, and they have years of experience in undertaking these projects in Southeast Asia. Hong Kong companies also have a world-renowned track record of success in managing and maintaining ports, airports and railway system, and have been exporting such management expertise to other parts of the world. Practical knowledge and proven best practises in adhering to budget in the construction and management of infrastructure projects can be introduced to the Philippines. Management, operation and human resources training that Hong Kong can provide will be a good fit with the Philippines’ service gap in their infrastructure development. As Asia’s financial centre, Hong Kong can also serve as the platform for the Philippines to gain access to a deeper fund pool and multi-currency syndicated loans.

President Duterte’s diplomatic pivot towards China since 2016 is conducive for deepening economic cooperation. Chinese enterprises are expected to be keen to take up infrastructure projects in the Philippines, and as Hong Kong is the world’s largest offshore RMB centre, mainland enterprises can use Hong Kong as a platform to seek opportunities and invest overseas, particularly in Southeast Asia.

An Emerging Market with Institutional Risks and Challenges

Like many other developing countries in need of continual economic reform and institutional development of their public administration capacity, the Philippines can be a challenging market for project owners and their foreign partners. This is especially the case in dealing with infrastructure projects, which involve government regulations, funding and interfaces with numerous agencies and departments.

Compared with four other major ASEAN countries, the ease of doing business of the Philippines is ranked the lowest. The business operation environment there is notably more challenging than the more mature ASEAN economies like Malaysia and Thailand. The Philippines ranks especially low in the areas of dealing with construction permits, getting credit and enforcing contracts. Difficulties in these areas will certainly pose great challenges and risks to those taking part in infrastructure projects.

As infrastructure projects, especially the larger ones, may take a long time to complete. There are also clear risks associated with policy changes on the one hand, and bureaucracy and red tape on the other. Furthermore, the government still lacks the public administration capacity to develop and manage infrastructure projects well.

As discussed before, an infrastructure project in the Philippines will involve intricate procedures and many government agencies and departments, each taking part in a specific part of the process without a centralised agency or a good coordination mechanism. This will be further complicated by the fact that the government is very cautious in spending public money, while being reluctant to explore unconventional funding sources. As a result, debates and delays in signing off project funding in Congress and working departments often occur.

In recognition of difficulties that project owners face when dealing with government agencies and departments, the Duterte government is taking steps towards reform. As well as cracking down on corruption and reforming the bureaucracy, President Duterte has taken a strong interest in pushing project delivery, smoothing the path for infrastructure project owners. However it will take time for the bureaucratic system to adjust and improve. In the meantime, with foreign companies limited to assuming minority stakes in infrastructure projects, Hong Kong businesses can mitigate or avoid major investment risks by not taking substantial stakes in these projects, aiming mostly to act as services providers to local companies, or partnering with local companies and focussing on delivering technical services.

The Philippines has launched an ambitious programme of infrastructure projects to help fuel the country’s economic development. Given the country’s deficiencies in finance provision and services expertise in trying to carry out such an intensive programme in such a tight timeline, there are good opportunities for foreign businesses to fill the funding and services supply gaps. However, Hong Kong businesses should be aware of the challenging business operation environment in the Philippines. Partnering with local companies and/or serving as services providers will be the practical way for foreign businesses to explore the Philippine market whilst mitigating risks.