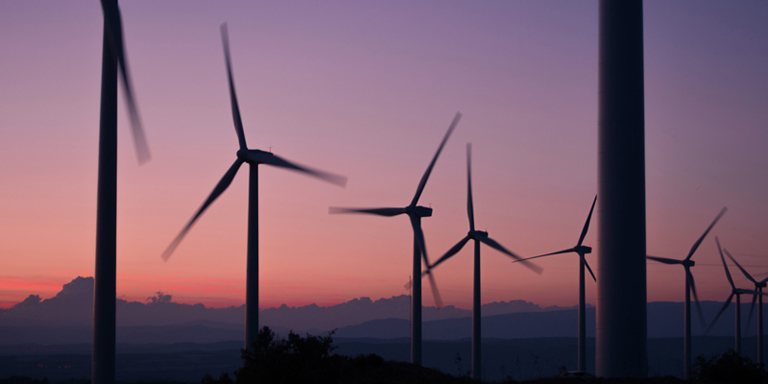 Africa desperately needs more electricity, with economic projections indicating rapid growth for many of its constituent nations. The African Union forecasts that the continent's collective GDP will multiply six-fold between 2010 and 2040. To fuel this growth, it estimates that Africa's power-generation capacity will have to increase from 590 terawatt hours to 3,100 over the same period.

Energy is the biggest driver of economies. Access to affordable, durable electricity, together with the technology to light up the continent's vast rural areas, which are largely cut off from national grids, is becoming the most critical factor in Africa's development.

Conventional utility grids are already straining at full capacity and relying heavily on fossil fuels. The set-up cannot sustain the massive demand and there is limited government capital to remedy this, creating a gap for international private-sector energy players to make up the shortfall.

African electricity state monopolies, in cooperation with the private sector, are now seeking smarter, cheaper and faster ways of producing energy to tackle the continent's huge electricity deficit. Many experts are convinced that Africa needs to increase its proportion of electricity produced from renewable sources – predominantly solar, wind and hydroelectric.

Speaking at the World Economic Forum on Africa in Rwanda, Jubril Adewale Tinubu, Group Chief Executive of the Nigerian energy giant Oando, emphasised the need for a changing energy mix. "Africa has no choice but to move rapidly towards a smart mix of energy systems if it is to grow and prosper in step with the rest of the world," said Mr Tinubu.

Several African governments have already shown a policy commitment to renewable-energy deployment by making investment vehicles available for independent power producers (IPPs). The rapid roll-out of solar and wind energy projects in recent years in some African countries suggests that renewables have an increasing role to play in Africa's overall energy mix. "Renewable energy is emerging as a mainstream energy source in Africa, an alternative that Africa needs,” said Ahmed Jaffer, Chairman of KPMG Southern Africa. “This alternative, however, may have implications for conventional coal-based generation."

Speaking at African Utility Week, Michael Liebreich, founder of Bloomberg New Energy Finance, emphasised the positive investment climate that exists for renewable energy, saying: "The accepted wisdom has been that clean energy is good in theory, but prohibitively expensive in practice. This is wrong."

Mr Liebreich cited statistics showing the cost of solar energy has fallen by 80 per cent since 2010, making it an economically viable source. With the price of solar expected to decline further, the conventional coal-based generation market faces serious competition from renewable energy IPPs.

Among the main advantages of solar is its ability to provide modular solutions in Africa's more remote areas. It’s a more feasible option than extending expensive power lines to small, far-flung communities. South Africa is currently leading the continent's drive towards greater use of solar energy.

Wind is another renewable-energy source that has enjoyed rapid development in recent years. This has stimulated interest from the private sector, with technological improvements driving down the cost of wind energy, enabling wind projects to feed power into the grid at a competitive price. South Africa, in particular, has huge wind energy potential, and has seen a substantial number of wind farms set up as part of the government's renewable energy procurement programme.

Hydroelectric technology is another opportunity in Africa's power and energy sector. "Central Africa has the richest hydro resources in Africa,” said Mr Jaffer. “Large-scale hydro development is attractive, as it can lower the average cost of electricity more cost-effectively than other technologies, while also providing base load power to the region."

If the Democratic Republic of Congo's Grand Inga hydroelectric project comes to fruition, it will help meet sub-Saharan Africa's electricity demand. Once online, its output and benefits will be shared among several neighbouring countries, helping to address electricity supply deficits and support economic development across the region.

Many skeptics, however, see renewables as playing only a marginal role in energising Africa, compared with, for example, the potential of large-scale nuclear power. For countries that can't afford the huge initial capital costs of nuclear plants, renewables may have an increasing role to play. The World Nuclear Industry Status Report 2016 noted that nuclear power is in decline globally while the renewable sector is growing.

Renewable energy is clearly changing the way state power utilities in Africa operate, particularly when it comes to encouraging greater involvement by the IPPs. In many ways, the private sector is now becoming indispensable to African energy production.

There is real appetite for FDI in renewable energy. Energy authorities of several African countries are adopting an open energy market model, paving the way for companies to invest in power generation. "Investing in the power sector in Africa can be very lucrative and we have the success stories to prove it," said Evan Schiff, Event Director of African Utility Week.

According to Mr Liebreich, 2015 saw a record investment of US$330 billion globally in renewable energy. In Africa, the figure is around US$6 billion per year, about half of which is in South Africa.According to Mr Jaffer, Chinese investors are now eyeing opportunities in Africa. Overall, South Africa remains one of the countries where they see the greatest potential for good returns, largely because conventional energy generation is constrained. Outlining the current level of investment, Mr Jaffer said: "In April 2015, South Africa's Department of Energy approved 79 IPP projects, which will collectively generate some 5,000 megawatts."

As a country said to be among the world's least energy-efficient, South Africa has identified an urgent need for private-sector entities to compete in its energy industry. The country has attracted high levels of foreign investment through its globally lauded Renewable Energy Independent Power Producer Programme with the aim of moving away from coal-generated electricity. As a result of this initiative, South Africa aims to generate a fifth of its electricity from renewable sources and to have 95 per cent of homes with electricity by 2025.

“Investors need to see that the future of sustainable energy technology in Africa is brimming with possibilities."

Climatescope, which is an index that assesses 55 countries for their clean-energy investment potential, ranked South Africa, Kenya, Uganda, Nigeria, Rwanda, Tanzania, Ethiopia, Ghana, Malawi and Zambia as the 10 most attractive countries in Africa for overseas investors. The top three of these also rate among the top 10 worldwide on the same index. This shows that African countries are highly competitive in terms of attracting overseas investment in the clean-energy sector. China – number one on the Climatescope index – attracts one-third of all the global investment in clean energy.

"The Chinese and others secure projects in our continent because they supply holistic solutions, including finance,” said Paul Runge, Managing Director of Africa Project Access. “The economic model of African energy is changing from government-run projects to private, commercially viable initiatives."

Africa is potentially the world’s largest power market. According to Mr Schiff, more than US$40 billion worth of investment annually will be needed if Africa is to meet its predicted energy demand by 2040. This would require a private-sector financing increase of 10 times the current level, clearly an opportunity for private business to help bridge Africa's energy deficits.

Summing up the way ahead, Mr Jaffer said: "Climate change should not be seen as a challenge, but an opportunity. Investors need to see that the future of sustainable energy technology in Africa is brimming with possibilities."