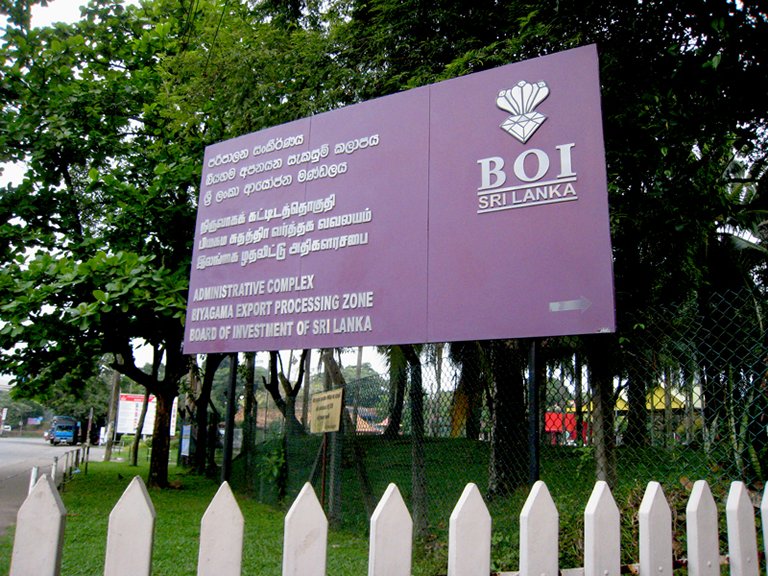 Where to invest in this island country and how to avoid unexpected costs?

With cheaper labour than China and good access to key trade routes, Sri Lanka has clear potential as an alternative production base, despite its relatively small workforce. It may prove of particular interest to Hong Kong companies eyeing the South Asian, the Middle East and European markets. (see Production in Sri Lanka: A Higher Added Value Alternative)

Sri Lanka’s investment environment is relatively liberalised by comparison to a number of other Asian economies. Wholly foreign-owned enterprises (WFOEs), for instance, are sanctioned in most sectors already opened to foreign direct investment (FDI), though many foreign investors have opted for forming joint ventures (JV) with local partners. Only a few specified manufacturing areas, such as military hardware and aircraft, are regulated and subject to government approval. Other than these sectors, foreign manufacturers are essentially free to establish WFOEs.

Board of Investment: A gateway for Foreign Investors

The Board of Investment (BOI), a statutory agency of the Sri Lankan government, is responsible for administering FDI. While certain strategic or mega-scale projects are handled by the government, most FDI projects in the manufacturing sector are approved and registered by the BOI.

The BOI provides a range of investment facilitation services to foreign investors, including arranging utility services, assisting in resident visas for expatriate personnel, and facilitating customs clearance. It is also responsible for a number of export processing zones (EPZs), all with established infrastructure and easily accessible services for foreign manufacturers. The BOI, however, is not yet a complete “one-stop shop” for foreign investors. Those operating outside the EPZs may have to deal directly with various government agencies with regard to utilities acquisition.

More importantly, BOI-registered companies can enjoy preferential incentives as long as they meet certain requirements, such as a minimum level of investment. In the manufacturing sector, foreign-invested companies have to export no less than 80% of their production in order to qualify for the relevant incentives, notably tax holidays and duty-free treatment on imported equipment as well as other project-related capital goods.

Currently, export-oriented manufacturing is a high priority. The Sri Lankan government is set on narrowing its two-decade-old trade deficit, a situation that has persisted despite the end of its economically-damaging civil war in 2009. Import-substitution enterprises recognised by the BOI, such as textiles, pharmaceuticals and cement, are also given a tax holiday of up to five years, as well as a 12% concessionary corporate tax rate.

Having gained BOI approval for a particular project, Hong Kong manufacturers relocating to Sri Lanka are advised to register with the BOI to enjoy all of its available investment facilitation services and incentives.

Choosing a Production Location: Inside or Outside an EPZ?

In Sri Lanka, BOI-registered companies are not obliged to set up offices or factories in the EPZs. As such, foreign manufacturers can be found both in the BOI-managed EPZs as well as in a number of locations outside of these zones. The have the option of leasing their own land for own factories [1], or choosing one of the privately managed industrial parks, though their availability is relatively limited compared to the BOI-managed EPZs.

With their well-established utility facilities and the accessibility of BOI services, it is quicker and easier to set up in EPZs, especially as they still have a number of vacant factories available. In practice, an investor can acquire an unused factory in the zone and start operations after only quick renovation.

The attractiveness of operating within an EPZ, however, has to be balanced with the difficulty of hiring workers and the associated extra costs. There are frequent labour shortages in the EPZs, as many workers live far away in the suburbs or rural areas, often preferring to find work closer to home. This tends to increase the hiring costs in the EPZs, as either boarding allowances or dormitories have to be provided. On average, labour costs inside the EPZs are 10%-20% higher than the prevailing costs outside the zones.

Undoubtedly, foreign companies choosing to locate outside the EPZs have greater flexibility. Manufacturers can set up factories close to villages or towns where the supply of workers is greater and the wages are cheaper. The major difficultly of setting up outside the EPZs, though, is in meeting the tight environmental protection standards imposed by the Sri Lankan government.

Centralised sewage treatment services are usually provided by EPZ administrators, thereby guaranteeing environmental compliance. Outside of the zones, though, manufacturers have to build their own sewage facilities, possibly incurring substantial upfront costs. Therefore, it may be more cost effective for factories that cause little or no water pollution to find factory locations outside an EPZ.

Hong Kong manufacturers new to Sri Lanka are advised to initially set up inside an EPZ for their first few years of operation. After becoming familiar with the local business environment, moving out of the EPZ in order to lower labour costs would then be a viable option, especially for companies that are less capital-intensive or less dependent on heavy machinery.

Geographically, many companies prefer to locate their factories close to Colombo, the commercial capital of Sri Lanka. This saves on both logistics costs and transport time, with Colombo offering easy access to country’s largest port and airport. Notably, most of the BOI-administered EPZs are also located around Colombo. A number of problems, however, have started to emerge as a result of this high concentration of industries and business activities. These include high levels of pollution, worsening traffic congestion and a growing labour shortage. As a result, the BOI is now opening industrial zones in rural areas and the regions further away from Colombo. Manufacturers are also being encouraged to set up in less exploited places, such as the previously war torn eastern and northern regions.

Though these newly developing regions provide sufficient labour at lower wages, their less-developed infrastructure and poor road connections could prove a major challenge for factories, including investors from Hong Kong. Another hindrance is the potential disputes arising over property ownership in the eastern and northern regions, with many land title records lost during the civil war. These problems cannot be easily solved by private companies, particularly less capitalised companies. As a result, Hong Kong manufacturers are advised to be extra careful if they are considering moving into these areas.

Political stability has proved one of the key elements of Sri Lanka’s appeal when it has come to enticing foreign investment over the past decade. Currently, Sri Lanka is undergoing something of a political transition following the election of Mathripala Sirisena as president in January 2015, with a series of political and economic reforms said to be in the pipeline. Evidently, ongoing political reform should bode well for the development of the country’s democratic system over the short- to long-term, particularly in light of the strong public support for the new president.

These economic and tax reform measures, however, may negatively affect foreign investors to a certain degree. The new government, for example, announced in its supplementary budget that a retrospective 25% “super gains tax” would be imposed on companies with net corporate profits of more than 2 billion rupee (about US$15 million). This new measure is not likely to affect Hong Kong SMEs in Sri Lanka, but it highlights concerns over policy uncertainties emerging new government’s change in strategic direction.

Hong Kong companies should also be mindful of business risks due to corruption. Though not as pervasive as in some other low-cost production locations – Sri Lanka ranked 85th in the 2014 Corruption Perception Index published by Transparency International, ahead of Bangladesh, Cambodia, Pakistan and Myanmar – corruption is still perceived as an issue for any foreign investors engaged in public procurement and large-scale government projects. It is expected that the Sirisena government will step up its efforts to curb corruption, which should bode well for the medium-term business environment.

Sri Lanka has signed bilateral Investment Protection Agreements (IPAs) with many of its key trading partners, including China, India and the US, providing certain degrees of protection to investors from those countries. While Hong Kong is not on the IPA list, Hong Kong companies in Sri Lanka have not considered this a huge business disadvantage. In fact, among the developing economies in Asia, Hong Kong has signed IPAs only with Thailand. Even in the absence of such agreements, Hong Kong investors can seek assistance from local business chambers regarding matters arising from business operations and dispute resolutions (e.g. China Business Council under the Ceylon Chamber of Commerce).

[1] Prior to 2013, foreign investors were allowed to acquire freehold land for building their production plants. However, new rules were introduced in 2013 and 2014, respectively, confining foreign manufacturers to leasing land from the government and private landowners. Leasehold of land is capped at 99 years.