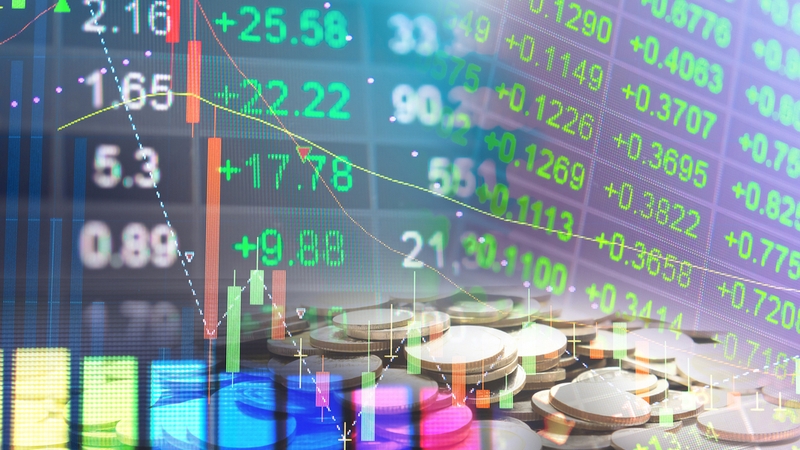 Market Performance in the Equity Market

Hong Kong is a major regional fund management centre with a large concentration of international fund managers in Asia. According to the SFC survey, 64% of the investment funds (excluding REITs) were sourced from outside Hong Kong in 2019. Despite that, assets managed in Hong Kong made up over 50% of the asset management business. In 2019, 66% of the assets managed in Hong Kong were invested in Asia-Pacific, amounting to HK$6,608 billion, with HK$2,782 billion in Hong Kong, HK$1,783 billion in Mainland China, HK$580 billion in Japan and HK$1,463 billion in the rest of the Asia-Pacific.

Being the most liquid overseas market for mainland enterprises, Hong Kong is an important centre for raising capital for companies in mainland China. The majority of mainland companies seeking overseas listings have their listing in Hong Kong. At the end of December 2020, 1,319 mainland companies were listed in Hong Kong, with a market capitalisation of HK$38,073 billion, or about 80% of the total.

Issuers of debt securities include governments, banks and corporations. The debt market is mostly made up of governments, with bonds commonly used to finance a variety of projects and operations. Investment banks act as underwriters to help issuers sell the bonds. The Government Bond Programme (GB Programme) was implemented in 2009, with the aim to enlarge the Hong Kong local bond market.

In order to promote retail investors’ awareness of the bond market in Hong Kong, the Hong Kong government has set up the retail bond issuance programme to issue retail bonds to the public, The government launched an inflation-linked bond issue programme called iBond in July 2011, with the latest batch rolled out in November 2020. In August 2016, the government also issued its first batch of Silver Bond, aiming to provide an investment product with steady returns for senior residents in Hong Kong. An outstanding amount of HK$116.5 billion under the GB Programme was recorded as of December 2020.

In addition, to demonstrate the government’s support for sustainable development and to promote the development of green finance, the Hong Kong government issued its inaugural Green Bond under the Government Green Bond Programme in May 2019. The Green Bond, with an issuance size of US$1 billion and a tenor of five years, saw strong demand from global investors, demonstrating Hong Kong’s strengths as a leading green finance hub in the region.

The majority of private equity funds in Hong Kong come from overseas and invest in companies in the region. Hong Kong Venture Capital and Private Equity Association (HKVCA) helps the development of private equity and venture capital, with close to 480 corporate members at the end of 2020.

The Hong Kong government has established an information portal, StartmeupHK, for Hong Kong’s start-up community, listing the latest start-up events and resources, including government incentive and incubation schemes, accelerators, angels and venture capitalists, along with success stories of both local and overseas start-ups. In addition, StartBase.HK, an open-source start-up profiling database, has been launched to facilitate information flow between venture capitalists and start-up companies, with the aim of encouraging the development of the venture capital market.

Market Connections with the Mainland

Bond Connect was also launched in July 2017, allowing overseas investors to invest via Hong Kong in China’s US$9.6 trillion bond market, with the southbound trading link to be added subsequently. As of December 2020, Bond Connect has attracted 75 out of the top 100 global asset management companies and 2,352 international investors from 34 jurisdictions.

In June 2020, the HKMA, the People’s Bank of China, and the Monetary Authority of Macao jointly announced the launch of a two-way cross-boundary Wealth Management Connect pilot scheme in the Guangdong-Hong Kong-Macao Greater Bay Area, representing a major breakthrough in Hong Kong’s offshore RMB business development, and a significant step towards fostering closer financial cooperation in GBA.

In the 2018-19 Budget, Hong Kong Financial Secretary Paul Chan advocates the transformation of Hong Kong’s listing platform to become more desirable for emerging and innovative enterprises. The new listing regime was launched on 30 April 2018, when the HKEx added three new chapters to the Main Board Listing Rules and made consequent changes to the current Rules. These include providing the listing of “new economy” companies with weighted voting rights structures and the introduction of pre-revenue biotechnology companies. The listing reform allows Hong Kong to capitalise on the opportunities of emerging technology companies and accelerate the development of the new economy sector. In the longer term, it will help to inject new knowledge on emerging and innovative businesses into the investor community, including business models and technologies.

Fintech is reshaping the financial sector and driving innovation in financial services globally. In Hong Kong, fintech development is also burgeoning and making headway into areas such as virtual banking, insurance technology and regulatory technology.

In recognition of needs for digitalising and streamlining payments, the HKMA launched its Faster Payment System (FPS) in September 2018. FPS supports instant HKD or Renminbi payments across different banks with the use of mobile phone numbers, email addresses or QR codes, providing greater convenience and new experience to the public. In March 2019, the HKMA started granting virtual bank licences, a major milestone in facilitating financial innovation and supporting Hong Kong’s entry into the era of smart banking. So far, the HKMA has granted a total of eight virtual banking licences.

Since 2004, Hong Kong banks have been allowed to provide personal RMB business. With the introduction of the Pilot Scheme for Settlement of Cross-border Trade in Renminbi in 2009 and the expansion of the scheme in July 2010, a wide spectrum of RMB services are provided to corporate customers, including RMB certificate of deposits, RMB bonds and trade finance. Hong Kong plays an important role in the mainland’s external trade settlement, processing over 70% of the world’s RMB payment transactions, making Hong Kong the largest offshore RMB centre globally. It allows businesses to take advantage of the diversity and liquidity of Hong Kong’s RMB market and facilitate business co-operation with Chinese companies.

Hong Kong as a Fundraising Hub

Being the key financial and capital market in Asia, Hong Kong’s financial institutions are well positioned to capture opportunities on capital raising and deal making in the region, especially with China’s Belt and Road Initiative (BRI) and the development of the Greater Bay Area. Financing demand, including green financing and green bonds, will continue to increase as more and more infrastructure projects are commenced under the BRI. It is expected that Hong Kong will continue to play a prominent role in raising capital, particularly in IPOs, bond issuance and the private equity sector.

Hong Kong's financial services sector is one of the liberalised sectors benefiting greatly under the Mainland and Hong Kong Closer Economic Partnership Arrangement (CEPA), and this includes the banking, insurance and securities markets. Currently, financial services are covered by the Agreement of Trade in Services (ATIS) signed in November 2015 between the Hong Kong government and the Ministry of Commerce of China. This agreement further liberalises the services market and extends geographical coverage to the whole of the mainland.

Further details on the liberalisation measures on financial services can be found here.