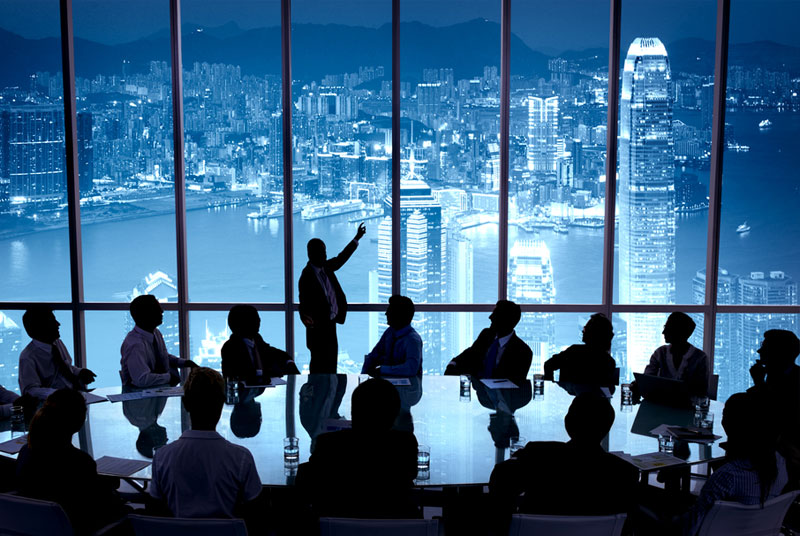 The Outline Development Plan for the Guangdong-Hong Kong-Macao Greater Bay Area, promulgated in February 2019, sets out the principles for Greater Bay Area (GBA) development, driven by innovation, co-ordinated development, opening up, co-operation and adherence to ‘one country, two systems’. The GBA is positioned to leverage the advantages of Hong Kong and Macao as free and open economies and of Guangdong as the pioneer of reform and opening up. Support will be rendered to Guangdong, Hong Kong and Macao in strengthening co-operation to jointly participate in the Belt and Road Initiative (BRI), with GBA enterprises encouraged to collaborate in ‘going out’ and playing a leading role in international production capacity co-operation. The GBA and other areas in Guangdong have long been the bridgehead in China’s foreign trade and economic co-operation. The region is also in close proximity to BRI markets, such as ASEAN. Despite recent uncertainties in the global economy arising from China-US trade friction, mainland enterprises in the GBA and its peripheral areas continue to ‘go out’ to develop international business, looking to break into new markets in order to spread risk. They are also bringing in outside partners and resources to optimise their business portfolios and sustainable development capability.

To assess the latest developments HKTDC Research, with the support of the Department of Commerce of Guangdong Province, conducted a new survey of mainland enterprises in the GBA in the third quarter of 2019. Although China’s foreign trade was affected by the China-US trade dispute and other uncertainties during the survey period, the results show that 76% of surveyed enterprises said they would consider ‘going out’ in the next one to three years to countries including those along BRI routes and advanced economies. Of these, the largest number of enterprises (50% of respondents) indicated that Hong Kong was their preferred choice for professional services (outside the mainland) when exploring overseas markets. Among mainland enterprises targeting the advanced economies, 56% said Hong Kong was their preferred service platform for ‘going out’.

Overseas destinations that mainland enterprises showed the greatest interest in exploring were Southeast Asia including the 10 ASEAN nations (66%), followed by advanced economies such as Europe, the US and Japan (41%). In terms of business interests, relatively more respondents (68%) said they were interested in selling more consumer goods/industrial products to develop overseas markets, 41% were looking to sourcing abroad, including sourcing raw materials from overseas for production in the mainland and sourcing various consumer goods/foodstuff for selling in the mainland, and 41% aimed to invest in and set up factories overseas.

For years, Hong Kong has been the preferred service platform for mainland enterprises wishing to ‘go out’ and tap opportunities in BRI countries, as well as their preferred choice when seeking professional services outside the mainland. Given the further development of the GBA under strengthened co-operation among Guangdong, Hong Kong and Macao, GBA enterprises will ‘go out’ at a faster pace. As such, demand for professional services from enterprises in the GBA and other Guangdong regions is set to surge, generating enormous opportunities for Hong Kong service providers.

Guangdong Businesses at Forefront of ‘Going-Out’

China has become the world’s largest trading entity. In 2018, its foreign trade volume stood at US$4.6 trillion, topping the world league [1]. Guangdong province is at the forefront of China’s foreign trade, with its foreign trade volume in 2018 reaching US$1.1 trillion, accounting for 23.5% of the nation’s total. Meanwhile, with foreign direct investment (FDI) outflows topping US$143 billion in 2018, China was ranked as the second largest source of FDI, trailing only Japan (US$143.2 billion). At the end of 2018, mainland investors had directly invested in enterprises in 188 – or 80% of – countries or regions around the world, including more than 10,000 companies in countries and regions along BRI routes [2]. Among these, many were Guangdong enterprises actively seeking investment and co-operation opportunities overseas to expand their business. As such, Guangdong has also become a major source of FDI outflows from China [3].

Although the global economic outlook remains grim amidst the China-US trade dispute, China is still promoting its ‘going out’ and BRI development strategies and encouraging enterprises to seek economic co-operation opportunities overseas. ‘Going out’ has become an important driving force for the development of mainland enterprises. Under the Outline Development Plan for the Guangdong-Hong Kong-Macao Greater Bay Area, Guangdong, Hong Kong and Macao are encouraged to step up co-operation in participating in BRI projects. Efforts will be made to leverage the overseas business networks and experience of Hong Kong and Macao to help GBA enterprises ‘go out’ jointly and play a leading role in international production capacity co-operation. GBA enterprises are expected to continue ‘going out’ to seek international business.

With the support of the Department of Commerce of Guangdong Province, HKTDC Research conducted a questionnaire survey in the third quarter of 2019 in the GBA to find out more about the challenges facing businesses in the region, their ‘going-out’ strategies and demand for various types of professional services. This latest survey followed a similar one carried out in the Yangtze River Delta region by HKTDC Research in the first quarter of 2019 [4].

A total of 375 questionnaires were collected. After taking out questionnaires filled out by non-mainland enterprises, 277 valid questionnaires were completed by Guangdong enterprises, of which 90% were located in the nine mainland cities within the GBA [5], while the remainder were situated in other parts of Guangdong. Respondent companies were engaged mainly in manufacturing (25%), import/export trade (21%) and professional services, including financial/legal/accounting services (18%). Some were in other service sectors, such as logistics, information technology and technology R&D. The following are the views expressed by these 277 mainland enterprises on ‘going out’.

86% of respondents said their business operations faced a variety of challenges over the past year. 40% said their foremost concerns were weak local and overseas markets and inadequate orders, while 38% said they were affected by rising labour, land and/or other production costs. 33% said they faced financing difficulties and rising capital costs. Other challenges cited were uncertainties brought by trade barriers against Chinese goods in overseas markets (25%) and keen competition in international markets and lack of competitive brands to help expand markets and business (22%).

Emphasis on Mainland and BRI Markets

To tackle these challenges, 89% of the enterprises surveyed indicated that they would consider adjusting their business/operating strategies and making relevant investments in the next one to three years. Among these, 48% said their preferred option was to develop the mainland market, 47% indicated that they would develop more BRI and other emerging markets, 36% said they would develop/promote their own brands, and 31% said they were looking to improve product design and technology R&D capability.

During the survey period, China’s foreign trade was affected by the China-US trade dispute and the international market was full of uncertainties, as global economic growth was slowing down. Despite this, 76% of the enterprises polled said they would consider ‘going out’ to capture opportunities overseas in the next one to three years. Among these, relatively more enterprises (66%) indicated interest in Southeast Asia, including the 10 ASEAN nations and BRI countries, followed by advanced economies, such as Europe, the US and Japan (41%), while 31% opted for South Asia. Relatively fewer enterprises favoured other regions, including Central and Eastern Europe (28%), the Middle East and Africa (22%) and Central and Western Asia (19%).

Among those enterprises interested in ‘going out', a majority (68%) said they were looking to sell more consumer goods/industrial products in overseas markets. 41% were interested in ‘going out’ for sourcing activities, including 30% wanting to source raw materials for production in the mainland and 30% wishing to source consumer goods/foodstuff to sell in the mainland. 41% indicated the wish to invest in and set up factories for production overseas and 28% said they were looking to go overseas to invest in infrastructure/real estate and other direct investment projects. 25% were interested in setting up transit warehouses to enhance international logistics efficiency.

Despite the differences in preferred destination for ‘going out’, enterprises setting their sights on BRI and other emerging markets or advanced countries all aimed mainly at selling more products to develop overseas markets. A large proportion of them were interested in sourcing activities or investing in and setting up factories. This suggests that most companies considering ‘going out’ were looking to develop in a similar direction.

Respondents interested in ‘going out’ said they needed professional services support to develop their international business. Among these, 49% said they were interested in joining marketing activities tailored for overseas and BRI markets, while 47% were looking to marketing strategies for developing new business and new markets. Other professional services needed included product development and design (31%), banking, financing and project valuation (30%), brand design and marketing strategies (30%), and related legal and accounting services (30%).

Hong Kong As Preferred Service Platform for ‘Going Out’

When looking for professional services support, 56% of the enterprises considering ‘going out’ said they would first try to source it locally. Enterprises would also seek various professional services outside the mainland. Hong Kong was the preferred destination for the largest number of enterprises, taking up 50% of the enterprises considering ‘going out’. Other preferred destinations included the US (23%), Singapore (21%), Japan (14%) and Germany (14%).

HKTDC Research would like to acknowledge the help extended by the Department of Commerce of Guangdong Province in conducting the survey.

Note: For details of the studies conducted jointly by HKTDC Research and the Department of Commerce of Guangdong Province, please refer to other articles in the research series on Guangdong-Hong Kong Co-operation in Capturing Greater Bay Area Opportunities.

[3] According to figures from the 2018 Statistical Bulletin of China’s Outward Foreign Direct Investment, Guangdong ranked top among all provinces and municipalities in 2018 in terms of foreign direct investment outflows and year-end stocks.