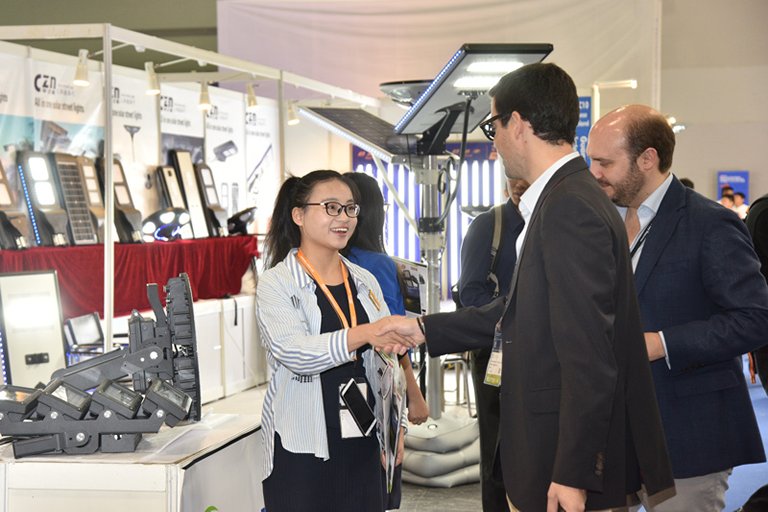 Under the long shadow cast by on-going China-US trade friction, the overall sentiment was weakening at the 2018 HKTDC Hong Kong International Lighting Fair (Autumn Edition). According to a survey conducted at the event, buyers and exhibitors were cautiously optimistic about the lighting market prospects in 2019, albeit less so than in earlier polls. Overall, demand from the Asia-Pacific region may be the key driver for the growth in lighting sales in the coming year.

Product-wise, LED lighting will be the brightest spot in the industry, with most respondents naming it the most sought-after item in 2019. In particular, LED lighting systems with smart features are expected to have the highest sales growth over the next two years. Industry players believe that price pressure will see LED lamps likely to sell cheaper in the next three years, with continued expansion in production.

While the US Section 301 tariff measures cover a broad range of lighting products, there is a widespread concern that the China-US trade friction will dampen lighting exports growth over the near term.

Overall, more than half of the survey respondents (53%) agreed the on-going trade friction would drag down export performance across the industry as a whole. Despite this, around one-fifth of respondents (18%) saw the trade dispute in a positive light, reporting that trade friction may actually have a positive impact on overall exports.

While the overall sentiment was weakened by the unresolved trade friction, the industry was cautiously optimistic about the market prospects for lighting exports in 2019. Half of the respondents (50%) anticipated sales to remain at the same level as in 2018. Some 38% of respondents expected their sales to grow in 2019, compared to 12% who predicted a fall.

Overall, exhibitors remained more optimistic than buyers. Over half of all exhibitors (53%) expected sales to rise in the next 12 months, whereas just 28% of buyers agreed.

In regard to the likely performance of the individual markets, industry players were more confident of growth in the Asia-Pacific markets. South Korea and Japan, being somewhat overlooked in the previous survey, have moved up the ladder and achieved the best ratings among traditional markets, scoring 3.87 and 3.85 respectively among survey respondents (on a scale of 1-5, with 1 being “very unpromising” and 5 “very promising”), followed by Australia / Pacific Islands (3.72) and Taiwan (3.68).

In contrast, confidence in Western Europe (3.62) and North America (3.11) has pulled back somewhat, with the latter showing the largest drop in rating among traditional markets.

Traditional markets aside, some other emerging markets are also expected to see growing sales for lighting products over the next two years, including the ASEAN countries (3.86), Middle East (3.76) and India (3.74). Following closely is the Mainland China, highly rated at 3.73, up from 3.53 in April 2018.

Product-wise, sales of LED lighting are expected to record a robust increase in 2019, with some 28% of respondents agreeing. Lighting for residential uses is likely to remain in demand, with about one-fourth of respondents (23%) anticipating it to achieve the highest growth in the next 12 months. Prospects for more advanced smart lighting solutions continued to rise, with 21% of respondents expecting the highest sales growth, up from 16% in April 2018, and just 7% in October 2017.

However, sales of commercial lighting may retreat somewhat over the course of the year if the survey is any guide, with just 9% of respondents confident that sales growth would outperform other lighting categories, dropping notably from 34% in the previous survey.

Among applications for LEDs, lighting with smart features are likely to be the most sought-after items over the next two years, with nearly one-third of respondents (32%) expecting such sales to grow the most, compared with just 16% who expressed the same belief in April 2018.

In additional to smart lighting systems, LEDs for indoor household lighting will remain popular, with some 30% of respondents agreeing.

Even though LED lighting is gaining popularity in the market, prices of LED lamps are expected to decrease further, due to the continued expansion in production. A vast majority of buyers (82%) and exhibitors (80%) foresaw LED lamp prices (both ex-factory price or retail price) decreasing the most, by 10% within the next 12 months. The discounts on LED lamps will widen further in the next three years, with nearly half of exhibitors (49%) forecasting LED lamp prices falling by 11-20% in the next one to three years.

The HKTDC Hong Kong International Lighting Fair 2018 (Autumn Edition) took place from 27-30 October. During the course of the four-day event, HKTDC Research interviewed 658 industry players, including 404 buyers and 254 exhibitors, in order to determine their views on lighting sector prospects and the product trends for the coming year.

Of the 254 exhibitors surveyed, 27% were based in Hong Kong, while the remainder were based overseas. Their primary export markets were Asia outside Mainland China (44%), Western Europe (39%), Mainland China (37%), and North America (25%).