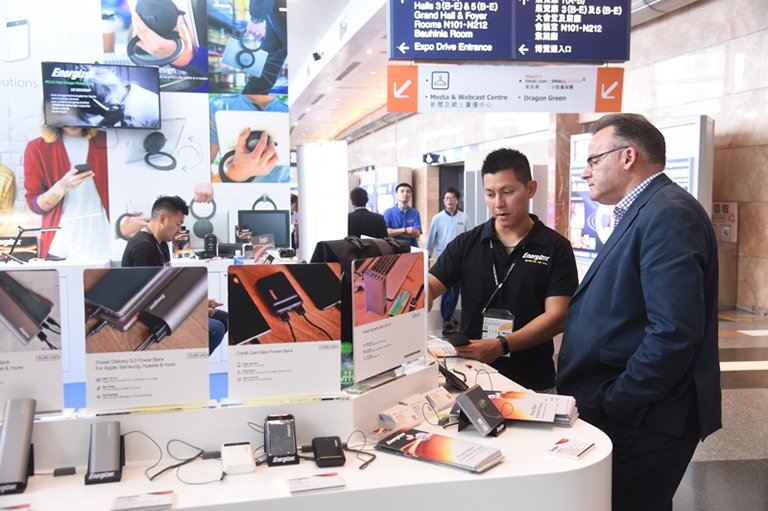 While China-US trade friction remains unresolved, concerns over negative impacts on export performance in the near term are mounting, according to a survey conducted by HKTDC Research during the four-day autumn edition of the 2018 Hong Kong Electronics Fair. Despite trade dispute worries, industry players remained broadly optimistic, although less confident than previously, about the overall market prospects for electronics in 2019.

Most respondents agreed that there would be growing consumer appetite for audio-visual products in the coming year. Audio-visual entertainment aside, electronics and electrical accessories, as well as digital imaging products remained in demand.

Demand for electronics products is also burgeoning in some niche markets. Given the wide range of applications for robotics, many survey respondents were confident in the market prospects for the related electronics over the next two years, especially in entertainment. E-sports products and equipment are also gaining popularity in the industry and are expected to flourish in traditional markets before picking up in emerging markets.

Concerns over negative affects on export performance over the near term are evidently growing. More than half of the surveyed electronics industry players (60%) are worried about the on-going China-US trade friction dampening export growth in the sector, nearly doubled from just 31% in April 2018. More people were convinced that trade friction would have an impact on export performance, with about one-fourth of respondents (24%) not aware of the spill-over, decreased significantly from 59% in the previous survey.

Despite lingering concerns over trade friction, both buyers and exhibitors were still optimistic, albeit less confident than previously, with regard to the overall market prospects for electronics products in 2019. Some 43% of respondents were positive with an increase in overall sales in the next 12 months, compared to just over half (53%) in April 2018. More people were worried that sales would only worsen in 2019, with the corresponding proportion increased five-fold to 15%.

Regarding the prospects for individual markets, Asia is likely to continue to outperform the other major markets for electronics products. South Korea and Japan were most highly rated over the next two years at 3.86 (with “5” a “very promising” market, while “1” the opposite), closely followed by Taiwan (3.78). By contrast, other traditional markets outside Asia, including Western Europe (3.74), Australia and Pacific Islands (3.64) and North America (3.47) were less appealing for electronics.

Audio-visual products may be less affected by the on-going trade friction, and are seen as likely to be the most sought-after items in 2019, with 17% of respondents expecting sales to achieve the fastest growth, up from 12% in the previous survey.

Although being viewed as the most promising category after audio-visual products, prospects for electronic and electrical accessories continued to drop, with 30% of respondents backing them in October 2017, decreasing to 27% in April 2018, and, just 14% in the most recent autumn 2018 Fair.

Demand for electronics products is also burgeoning in some niche markets. E-sports related products and equipment (9%) are in demand, while respondents predicting robotics and unmanned technology with the highest growth increased to 5%, from just less than 1% in the previous survey.

Robotics in Wide Range of Applications

The industry was optimistic about the market potential of robotics over the next two years, with a majority of respondents (67%) seeing the niche as promising. Robotics for entertainment is likely to be in high demand, with 40% of respondents agreeing, up from 33% in April 2018.

Robotics are also expected to be widely applied to home appliances (36%) and in the medical sector (24%). However, confidence in customer service robots has slackened, with proportion of industry players seeing it as having the greatest potential falling to 22%, a decrease of 13 percentage points from the previous survey.

E-sports products and equipment is another area gaining popularity in the industry. A vast majority of respondents (79%) agreed that the e-sports market is likely to grow over the next two years.

Buyers were further asked to identify the markets with the largest growth potential for e-sports products and equipment. North America is expected to be the most promising market, with 39% of buyers backing it. Following closely was Mainland China (36%), where e-sports entertainment and activities are also enjoying success.

Overall, e-sports is expected to be more sought-after in the traditional markets, including South Korea (27%), Japan (26%) and Western Europe (23%), while sales growth may take some time in emerging markets.

The HKTDC Hong Kong Electronics Fair 2018 (Autumn Edition) took place from 13-16 October. During the course of the event, HKTDC Research canvassed opinions from 1,043 industry players, including 669 buyers and 374 exhibitors.