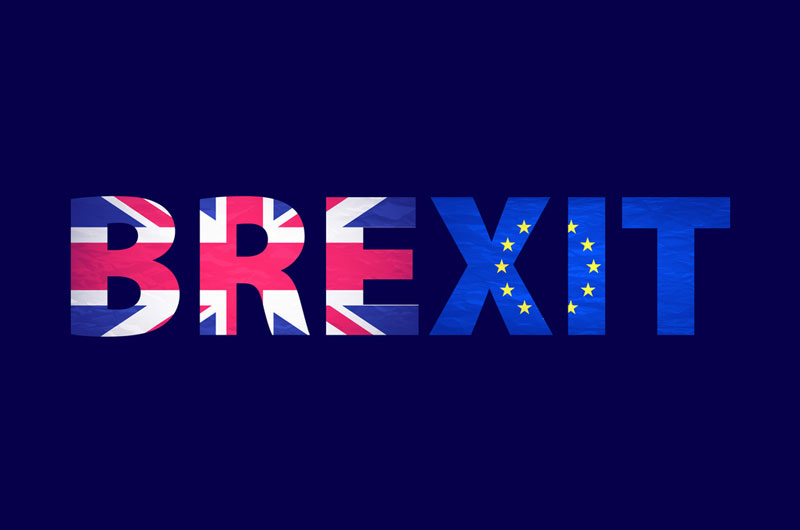 Not only is the UK Hong Kong’s second largest trading partner in Europe, it is also a principal source of and destination for the city’s foreign direct investment. How well the UK can weather the impending Brexit economic storm and how Brexit would redefine UK’s future relationship with the EU and the rest of the world, will not just determine the country’s future growth and prosperity. It will also be crucial for the prospects of HK-UK trade and investment.

Many British companies are beginning to look towards non-EU markets for export opportunities and investment to replace those they may lose following Brexit. HKTDC Research’s Brexit Survey published in November showed that 35% of the responded UK companies have had plans in place to focus or invest more in non-EU markets and Asia’s developing economies are high on their list of targets. The opportunities stemming from mega development projects such as the Belt and Road Initiative (BRI) and the Guangdong-Hong Kong-Macau Bay Area Initiative are set to be a major pull to the UK companies, and will be of paramount importance to future HK-UK co-operation.

There is still, however, a great deal of uncertainty over what form the UK’s post-Brexit relationships will take. There is a strong possibility that the country will leave the EU without striking a new trade deal (a so-called ‘hard Brexit’) and debate continues to rage about whether losing full access to the European Single Market will cause the UK economy to collapse, or whether Britain can prosper with a more independent, autonomous trade policy that plays to its economic strengths.

Only time will tell which vision is more grounded in reality, but few would disagree that Britain’s post-Brexit prosperity is likely to hinge on the country’s ability to maintain and strengthen its global economic relationships. Hong Kong, as a free port and a major business hub in Asia, and with its special historical links to the UK, is in a prime position to partner with British businesses in exploring the dynamic markets of Asia.

This is particularly true in the services sector. Hong Kong is the world’s most services-oriented economy, while the UK is the largest service exporter in Europe. Hong Kong services providers, from financial intermediaries and investment consultants to marketing firms and technology specialists, are ideally placed to link up with their UK counterparts in order to take advantage of the structural economic transformation underway in many Asian markets, as their governments rapidly gear them towards a service-based or post-industrial economy.

Much of the potential for future HK-UK collaboration comes from the BRI, which requires a global network of open business hubs to facilitate the complex cross-border transactions required for financing and building physical infrastructure in many of the 60-plus countries involved. The huge untapped potential offered by these prospective Belt and Road markets could help compensate the UK for the loss of EU trade and deliver increased prosperity for Britain in the post-Brexit era.

The Guangdong-Hong Kong-Macau Bay Area Initiative also offers plenty of opportunities for Sino-British collaboration. The project is designed to help China’s most affluent region spearhead the BRI development, by transforming and upgrading the Bay Area into a comprehensive logistic hub and an innovation centre. Expertise in regional infrastructure connectivity and support businesses in areas like trade, professional services (financial and legal services), innovation (FinTech, biotech and education technology) and creative industries (film, design and architecture) will be needed to achieve this, providing a new window of opportunities for industry-based tripartite co-operation between the UK, mainland China and Hong Kong.

With an eye on expanding into the highly-competitive European markets and beyond, the Hong Kong-based MTR Corporation (MTR) has already made inroads into Mainland China, while also having taken on a range of rail-related projects far further afield. In London, for instance, the company now operates TfL Rail, a Crossrail concession serving Heathrow, Central London and East London and due to be renamed the Elizabeth Line next year. In addition, it also manages the South Western Railway franchise in association with a UK-based transport group. Its success in running these UK rail services has boosted MTR’s reputation across Europe, a development it hopes will pave the way for further expansion and the opportunity to implement its well-established trains+property strategy across the continent.

At the same time, many British service companies are looking to the rapidly-expanding economies of Asia as potential new markets as part of their post-Brexit strategies. A number of these businesses already have robust connections to Hong Kong’s own service sector, having partnered with local companies to deliver several domestic and regional development projects. Given the wide range of trade and infrastructure initiatives already underway across Asia, many of these UK businesses are optimistic that their experience and expertise will align with the needs of the Belt and Road economies, as well as with the objectives of the Guangdong-Hong Kong-Macau Bay Area programme. In addition to the more conventional sectors, such as logistics, finance, sourcing or trading, the experience of UK-based businesses when it comes to high-tech manufacturing and digital innovation is also expected to be widely sought out.

Banking on a Free Trade Future

Unless the UK can reach a free or preferential trade agreement with the EU (and also roll over all the preferential market accesses it currently enjoys thanks to the bloc’s trade deals with more than 50 non-EU economies) before its scheduled departure in late March 2019, the UK will cease to have unfettered, tariff-free access not only to the EU’s internal market, but also to all the other markets trading with the bloc under preferential trade agreements. To compensate for that potential trade loss, the UK will have to work out new trade arrangements with different partners further afield.

According to the latest Annual Business Survey on Importers and Exporters compiled by the UK’s Office for National Statistics (ONS), only 5% (104,600 out of a total of 2,129,800 businesses) of UK companies were merchandise exporters in 2015. If service exports are also included, that number doubles to 10% (216,000). A more extensive, far-reaching web of free or preferential trade agreements, especially with countries in Asia, the world's growth engine, could help take the UK’s external trade to a higher level. This could see post-Brexit UK companies acting as middlemen as trade with Europe becomes more restricted, driving the need to service more geographically-disparate markets.

Once it leaves the EU, the UK will have greater autonomy to negotiate free or preferential trade agreements with other countries/territories and should have more opportunity to reduce tariffs and non-tariff barriers, like food labels, customs clearance procedures and service standards, on its imports. It will be in a position to complete a fully-fledged free trade agreement (FTA) with Hong Kong, which should help to liberalise trade, enhance competitiveness and facilitate innovation. Such a trade deal could also be used to showcase the UK’s new-found agility in working with non-EU partners to explore opportunities worldwide.

As a stepping stone, the Hong Kong and UK Governments have agreed to launch a Strategic Dialogue on Trade Partnership, in which they will examine the existing trade environment of both markets and identify priority areas for strengthening their mutual trade interests and encouraging future collaboration. On the back of a closer UK-HK partnership, UK traders could also gain better market access to Asia by riding on Hong Kong’s FTAs with the Chinese mainland and the 10-member Association of Southeast Asian Nations (ASEAN).

Early efforts to identify priority areas and build on the existing strong HK-UK economic ties have led to the FinTech Bridge Agreement, signed in September 2017. As a comprehensive financial innovation collaboration agreement, it covers government-to-government, regulator-to-regulator and industry-to-industry co-operation, providing a solid framework for FinTech firms to use the facilities and assistance available in both markets to explore new business opportunities.

It’s not just the potential fall-off in EU trade that is likely to negatively affect the UK post-Brexit. It will also lose most, if not all, of the EU funding it is currently entitled to. The majority of EU funding goes to the agricultural sector in the form of subsidies and support for rural development. Much of the rest, known collectively as structural funds, is used to develop regional economies and improve employment opportunities, by supporting job creation, business competitiveness, economic growth and sustainable development.

The European Commission also provides around £1bn-£1.5bn of funding directly to UK organisations, often following a competitive bidding process. Much of this is channeled through Horizon 2020, a research and innovation programme to coordinate and pool research efforts across the EU, and currently the UK’s main source of competitive funding from the bloc.

Pending negotiations over the UK’s continued participation in European Commission programmes, the UK government has pledged to match the potential loss of EU R&D funding with a £2bn annual fund and a review of tax incentives for innovative corporations. This, it’s hoped, will maintain the UK’s attractiveness for foreign scientists, entrepreneurs, investors and tech companies post-Brexit.

Whether that will be sufficient for the UK, and London in particular, to maintain its status as a global R&D leader remains to be seen. But it is clear that foreign participation, which is already estimated to account for more than half of total UK business R&D expenditure, will become increasingly crucial to the UK if it is to maintain its status as a global innovation front runner after Brexit.

All this has promising implications for cash-rich Hong Kong entrepreneurs and investors who are ready to fill the impending funding gap for R&D and other futuristic regional development projects in the UK, while helping UK start-ups look for new capital, new market and growth partners. The UK is already the leading destination in Europe for finance from Hong Kong, with as much as US$32bn[1] invested in the country’s major economic sectors by the end of 2015. Areas such as energy, transport infrastructure, water supply, retail, real estate and even Premier League football have all been recipients of funds from Hong Kong.

Meanwhile, some 650 British companies have set up businesses in Hong Kong, and more than half are using the city as their regional headquarters or regional office. On the whole, British firms are well represented in trading, finance, insurance, retailing and many other services sectors of the Hong Kong economy. These firms are already in a position to support new-to-the-market UK businesses in their search for growth partners and investors in Asia, and in particular in mainland China, which uses Hong Kong extensively to channel its outbound investment.

[1] Outward Direct Investment (ODI) of Hong Kong at market value at the end of 2015.