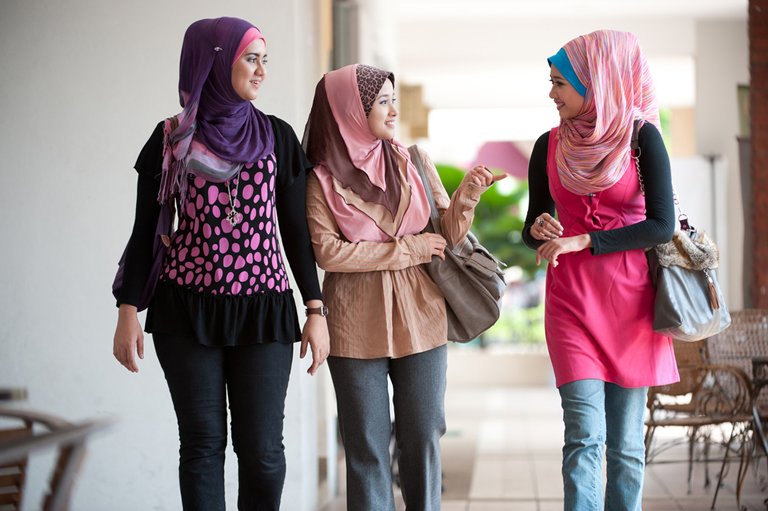 With a combined GDP of about US$2.6 trillion and robust growth, ASEAN is seen as a rising star among the world's growth markets in terms of both trade and investment. Home to 640 million people, ASEAN is the world's third largest consumer market in population terms, behind only China and India. More importantly, the populations in the ASEAN countries tend to be young, with some 60% of the community's residents aged 35 or younger, along with a low dependency ratio. While ASEAN celebrates its 50th anniversary in 2017, also marking the third year of formation of the ASEAN Economic Community (AEC), the trade alliance is pursuing further integration to achieve free flow of goods, services, investment and labour under the vision and guiding principles of ASEAN 2025: Forging Ahead Together. All this suggests that more resources will be available for consumption and investment, providing a boost to economic growth over the medium to long term.

In terms of regional development, ASEAN’s multifaceted integration and liberalisation efforts tie in well with China’s Belt and Road Initiative (BRI), which aims to promote connectivity in various economic dimensions with countries along the Silk Road Economic Belt on land and the 21st Century Maritime Silk Road, which encompass all of the ten ASEAN countries. Given the framework of the China-ASEAN Free Trade Area (CAFTA), whereby an upgrade version is being negotiated, Chinese enterprises are much encouraged to venture out by the enhanced prospects of government-to-government co-operation under the banner of the BRI, while setting sight on the emergence of new and enriched trade and investment opportunities in ASEAN associated with or catalyzed by the rolling out of BRI projects.

The initial stage of implementation of the BRI will draw attention to headline-grabbing infrastructure, transportation and economic co-operation zone projects as far as most ASEAN countries are concerned. Over the longer term, however, China’s capital outflow as well as strengthening trade ties with ASEAN countries will help generate job opportunities and induce higher income for ASEAN people in more diversified sectors, which will further fuel a sustainable development of ASEAN as a broadbased, mature consumer market. According to interviews that HKTDC Research conducted in China’s southern region and Yangtze River Delta, manufacturers and traders there are keenly interested in riding on the Belt and Road development and selling to the ASEAN markets, including both industrial and consumer goods.

ASEAN’s growing economic affluence has also seen the size of its middle class consumer base increase dramatically, with the number expected to double between 2015 and 2020 to reach a total of about 400 million. As these middle class consumers become more in tune with western lifestyles and come to enjoy a better quality of living, they are expected to develop a stronger appetite for imported and branded goods, as well as for lifestyle products and services. Inevitably, this will create a host of business and partnership opportunities for many Hong Kong companies, especially in the aftermath of the newly concluded Hong Kong-ASEAN Free Trade Agreement (HAFTA). Under HAFTA, which is expected to be implemented in 2019, access to the ASEAN market will be considerably enhanced, strengthening the case for Hong Kong manufacturers, trading companies, service suppliers, professionals and other natural persons to seek and seize better trading and investment opportunities in ASEAN countries.

In order to get a better understanding of the spending patterns of the middle class consumers in the ASEAN bloc, including their purchasing motivations and preferred channels, HKTDC Research recently interviewed more than 1,400 consumers with a minimum monthly household income of US$1,000 in five ASEAN countries – Indonesia, Malaysia, Thailand, the Philippines and Vietnam. Collectively, these five countries account for about 90% of ASEAN’s population, as well as 85% of its GDP and 70% of its trade.

Although the ASEAN countries are notable for their diversity, the HKTDC survey showed a striking degree of similarity in the consumption patterns and preferences of middle class consumers across the bloc, even given the fact that their actual expenditure levels varied considerably. Overall, ASEAN consumers were also seen as having become increasingly brand conscious and willing to pay a premium for eco-friendly products, believing them to be of a higher quality and more in keeping with their views on maintaining a more sustainable environment.

The survey’s findings also indicated that many ASEAN consumers are sensible spenders. Despite the strong growth in expenditure on “non-essential” items, which currently account for some 40% of their monthly income, most of the surveyed middle class consumers also had high saving rates, typically ranging from 17% to 22%. Additionally 62% of those surveyed claimed they would read online reviews online prior to making a major purchase.

While the highest spending categories in all five ASEAN countries were more or less the same – travel and leisure; health, beauty and wellness; fashion; and consumer electronics – the median amount spent on each product or service varied widely across both the categories and the cities. The median spending on a travel and leisure trip undertaken by a Kuala Lumpur-based respondent, for instance, was US$850.50, about 5.5 times the US$150.50 a Hanoi resident would be prepared to spend. Similar differences were also found in the consumer electronics sector, where median spending per purchase would vary from a low of US$75.50 in Surabaya to US$400.5 in either Kuala Lumpur or Manila. In line with this, any Hong Kong company interested in exploring the ASEAN market should take note of the variations in purchasing power evident across various product and service categories in the different ASEAN countries.

When it comes to selecting one product above another, ASEAN middle class consumers typically weigh up a number of different factors, including functionality, energy efficiency, product safety and environmental friendliness. As they become more sophisticated, many of these consumers are also seeking out better quality products and more personalised services. Overall, the survey showed that a massive 95% of all respondents agreed with the statement: “I am willing to spend more on products with better quality”, while 89% also endorsed a statement saying: “I am more focused on personal style, and do not blindly follow trends”. In line with this, any Hong Kong company looking to make inroads into the ASEAN middle class market would be advised to focus on product and image differentiation, while ensuring its marketing communications had a strong focus on environmental-friendliness and product integrity.

Significantly, ASEAN consumers are also increasingly switching from shopping at physical stores to shopping online, with some 40% of interviewees indicating that they shopped online at least once a week. Given that the ASEAN bloc is considered to be the site of the next e-commerce gold rush, a multi-channel sales strategy would seem a necessity for any retailer targetting the region.

The development of an online marketing strategy is also seen as essential. In addition to social media, there are several other factors that shape shoppers’ purchase decisions. More specifically, 58% of respondents said a “special offer” was the incentive most likely to see them purchase additional items online. In addition, 49% saw “free shipping” as a particular incentive, followed by “bulk discounts” (46%) and “coupons” (43%). On top of this, some 40% indicated that receiving a “you might also like” or “most popular item” message could also elicit extra spending.

Among the other findings of the survey was that Hong Kong is considered a highly desirable short-break getaway destination by many ASEAN travellers. In total, 79% of respondents had visited Hong Kong between one and three times over the past two years, 15% had visited the city four to six times and 6% were frequent travellers, having visited Hong Kong at least seven times over the last two years. As a result, many of Hong Kong’s leading brands, including Watsons, SaSa, Wellcome, Cathay Pacific, Shangri-La Hotels and Resorts, Bossini and Giordano, were very familiar to them.

Of particular interest was the fact that the majority of the ASEAN middle class respondents overwhelmingly saw Hong Kong as one of Asia’s key style platforms and acknowledged that their lifestyle had been influenced by many of the products and services associated with the city. With most respondents regarding Hong Kong brands as being, typically, mid-high end to high-end, the city can also be considered the ideal setting for the more aspirational local and global brands to showcase their products and/or services to the ASEAN middle class. Most reassuringly for the many Hong Kong companies looking to target the ASEAN middle class market, many of the respondents indicated that they would welcome the wider availability of the city’s brands in their home countries.

In the case of those Hong Kong companies considering direct investment in any of the five ASEAN markets covered by the survey, they need to be aware of the very different conditions for market access that prevail in each of the countries. Despite the general trend towards greater liberalisation among the ASEAN retail markets, many of the bloc’s constituent countries have quite different requirements when it comes to foreign equity ownership, minimum capital requirements and the permitted areas of retail operations. In Indonesia for example, since 2016, overseas investors have been allowed to own up to 67% of shares in department stores with a size of between 400 and 2,000 sq m. Similarly, in Malaysia, 70% is the maximum level of the overseas holding in any hypermarket operator, while, in the Philippines, foreign investment is prescribed in any retail operation with paid up capital of no less than US$2.5 million. In the latter instance, however, the government is said to be considering lowering the threshold to US$250,000.