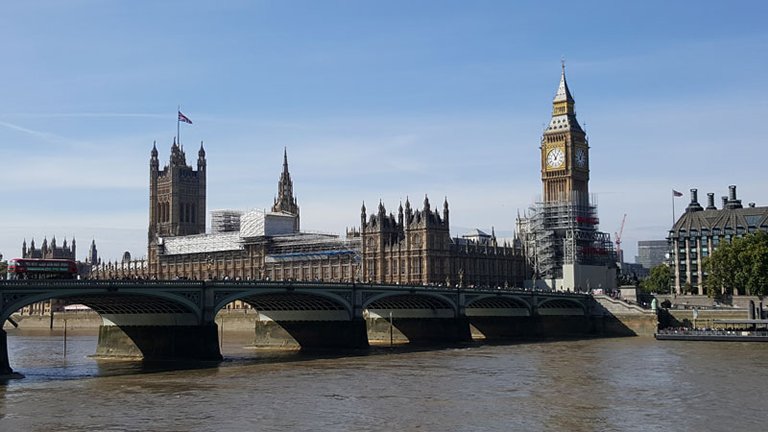 In the wake of the 23 June 2016 Brexit referendum, the worldwide business community has been left to wonder just how the UK-EU divorce will impact on the global economy. In the meantime, the debate as to whether quitting the EU – sometime around the end of March 2019 – will make Britain great again has become ever more divisive, with many warning that the UK economy may well collapse once it loses access to the Single Market, essentially the EU free trade zone.

To better understand how UK companies perceive the Brexit impact, and assess their Brexit readiness as well as their plans to explore future non-EU business opportunities, HKTDC Research conducted a questionnaire survey with representatives of 77 UK companies at the Think Asia, Think Hong Kong event held in London on 21 September 2017.

The results showed that, in general, most respondents had yet to experience any real fallout from the Brexit decision. In line with this, the majority indicated that they had either adopted a “wait and see” approach (i.e. having no Brexit plan in place) or intended to focus/invest more in non-EU markets in the future, with Developing Asia high on their agenda. This is in line with the finding that 75% of respondents were interested in capitalising on the opportunities emerging from the Belt and Road Initiative (BRI). Of those companies looking to explore new markets, securing the appropriate professional service support and researching their target overseas markets were their key strategies for their post-Brexit business development.

Eyeing the Developing Asian markets and the Belt and Road opportunities, nearly half of all respondents indicated they would seek professional services support from Hong Kong, mainland China or Singapore as an initial step. Significantly, 37% maintained they were considering establishing a regional office or regional headquarters in Hong Kong as a way of accessing and servicing their chosen overseas markets.

More than 80% of the interviewees acknowledged that Hong Kong’s professional services sector – including companies providing financial, legal or marketing support – could make a significant contribution to accessing the emerging business opportunities in many of the countries along the BRI routes. As such, they were open to learning more about the pivotal role played by Hong Kong within the BRI.

In general, most UK-based companies have yet to experience any negative impact from Brexit, with a significant number anticipating that will remain the case in the long-term. In total, 42% of respondents had either experienced no impact or expected no impact from the looming EU exit, although 15% indicated that they expected their share of the EU market to diminish, while 9% anticipated a labour shortage once it was more difficult to employ EU citizens in the UK.

These findings are very much in line with many of the documented events relating to the UK business community. Already many businesses in the financial services sector, including banks and insurance companies, have been advised by industry regulators to prepare for a break with the EU that involves no new trading deal having been agreed. Similarly many of the country’s retail chains and cross-border e-commerce players, which had traditionally relied heavily on the EU market or on EU immigrant workers, are now actively preparing for the challenges facing post-Brexit Britain.

Among the other associated issues identified were increased difficulties in securing finance (7%), the challenge of expanding market share within the UK (6%) and the likelihood of R&D funding dwindling following the loss of access to EU structural funds and the Investment Plan for Europe (4%).

By contrast with the 30% of respondents who adopted a “wait and see” approach (no strategy), 35% of respondents maintained they now had plans in place to focus or invest more in non-EU markets. This is largely in line with the UK government’s pledge to improve trade links with the rest of the world, while encouraging UK companies to target markets further afield as the country adjusts to its post-Brexit trading status. In total, only 13% planned to increase their efforts to build their EU market share and 11% would focus on the local market.

When it came to identifying the most popular overseas markets for future development, Asia was the most endorsed region overall (49%), with Developing Asia (e.g. China, India and the ASEAN bloc) ranking first (38%) and Developed Asia (e.g. Japan and South Korea) placed fourth (11%). Western Europe (14%) and Middle East and Africa (11%) were also ranked highly as potential new markets for UK businesses.

Reflecting the intention of the surveyed companies to expand their existing business links to new markets, as well as the fact that the UK is by far the largest service exporter within the EU, 35% of respondents saw “providing professional services” as their likely focus in their target overseas markets. This was followed by the consumer market (14%) and the industrial products/services/technology market (12%).

Hong Kong is a Reliable Partner

In order to make substantial inroads into new overseas markets, many UK companies acknowledge that they need professional service support (e.g. financial, legal and marketing services) from overseas service providers. In line with their target overseas markets, when asked to choose their preferred business hub for accessing these markets, nearly a quarter of all respondents opted for Hong Kong as the best place to secure the professional services support they require. In second place was the UK (17%), followed by China (15%) and Singapore (10%).

Overall, many of the respondents had a very positive view of the BRI and had high hopes of benefitting from a number of the associated business opportunities. By contrast, just 13% of respondents expressed no interest in the BRI, while 12% were wholly unaware of the initiative.

Overall, Hong Kong was seen as a unique and essential partner by many of the UK companies looking to access new overseas markets in the post-Brexit world. This was largely on account of its vibrant capital market, complete with a wide range of financing channels, and its comprehensive professional and financial advisory services sector, which is plugged into a number of extensive global networks.

As a regional hub for legal services and dispute resolution, underpinned by an independent judiciary and a common law system that are familiar to many UK businesses, Hong Kong is ideally placed to provide vital professional services support to British companies making their first venture into Asia.

Acknowledging it as a "super-connector" linking mainland China to markets across the world, many respondents maintained they had huge confidence in the role Hong Kong could play in helping them capitalise on any emerging BRI business opportunities. Overall, 84% of all interviewees agreed that Hong Kong’s professional services sector would be invaluable in terms of accessing BRI business opportunities, while 88% were keen to get a better understanding of Hong Kong’s pivotal role in the BRI.

Among the 77 UK company representatives surveyed, 46% were employed in service-oriented companies, 15% in trading firms and 7% by manufacturers. In terms of location, 86% were based in England.