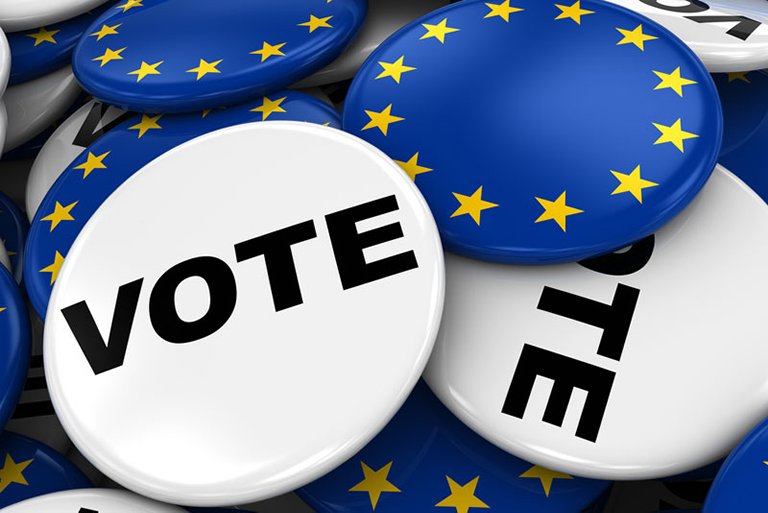 While the rise of Euroscepticism was concerning the EU even before the UK voted to leave the bloc in June 2016, the recent failure of anti-EU nationalist movements to win power in the Netherlands and France, together with the expected victory of the pro-EU camp in the upcoming German elections, may indicate that any such populist insurgency has now run its course. Such a development should buy more time for the EU and allow it to bring in the kind of forward-looking reforms that will inevitably benefit the growth of HK-EU trade.

With voters in many European countries concerned about gloomy economic prospects, worsening income inequality, austerity policies emanating from the 2008 debt crisis, and increasing immigration swollen by waves of refugees and asylum seekers, populist and xenophobic political firebrands have been making significant gains in recent European elections. It is a process that has rattled the European establishment. The EU, already having to deal with a bewilderingly complex divorce from the UK (its second largest economy), faces the prospect of populist, anti-globalist governments in other core member states including the Netherlands and France. When pro-EU mainstream parties eventually managed to hang on to power in the recent Dutch and French elections, many in Brussels heaved a sigh of relief.

While these election results are already being hailed as the turning of the tide of populist insurgency, there is no guarantee it has permanently receded. Proposals such as the new French President Emmanuel Macron’s “Buy European Act”, aimed at restricting the access of non-EU companies to public procurement contracts in the EU, and continuing calls for stronger trade defence measures designed to shield the 27-nation bloc against unfair trading practices, may trigger a new surge of support in the EU for protectionist policies. And there is still lingering uncertainty over how the deep-seated Eurosceptic sentiment in debt-ridden Italy will translate into nationalist and populist support in elections that must be held before 20 May next year.

This coming fall, German voters will go to the polls not only to decide the political fate of Angela Merkel, who is running for a fourth term as chancellor, but also effectively the future of the EU. Germany wields significant influence as the most populous and industrially powerful member of the union. Many expect Merkel to win easily and are hopeful it will lead to coalition-building among pro-EU governments in different member states, which will in turn help to usher the EU towards a new age of political stability and economic prosperity.

If a “common road map”[1] of political and economic reforms can be drawn up, which would reinvent the EU as a pioneer of many of the industries that will shape the future, a staunch supporter of free trade and a committed supporter of inclusive development, it would further indicate that a more positive outlook for trade is emerging. The focus of recent discussions in the public policy sphere has shifted from building walls around the EU to harnessing globalisation; and the belief in a closed-off nationalist economic stance as a “magical” power to make Europe great again is gradually losing ground.

This is certainly good news for Hong Kong exporters as it means demand from the EU should remain robust, not just as the economic environment improves, but also in the context of the EU becoming a more open and liberal trading regime. However, the growth of HK-EU trade is likely to hinge more on how well Hong Kong can provide EU enterprises with a level playing field to reap the fruits of globalisation and ensure a fairer distribution of its benefits, through trade facilitation, innovation/technology transfer and multi-lateral co-operation promotion.

Populism in elections to the European Parliament peaked in 2004, when populist parties across the EU secured 11% of the votes cast. Although that proportion declined in the 2009 elections, populist support returned to double digits the last time the elections were held in 2014. This is especially important given that the Parliament has gained a host of legislative powers since the late 1980s, under the provisions of the Single European Act, the Treaty on European Union (the Maastricht Treaty), the Amsterdam Treaty and the Treaty of Lisbon.

Rising populism reached what may prove to be its zenith on 23 Jun 2016, when the UK voted to leave the EU in a referendum. Repercussions from the vote were felt across the bloc, though not all favoured the populists. In Spain, for example, Unidos Podemos, a coalition between the anti-austerity, populist party Podemos and the Communist party of Spain, achieved much worse results than expected in elections held just three days later, losing more than a million votes and failing to gain seats in either the Congress of Deputies or the Senate.

Elsewhere, however, the Brexit vote inspired widespread, diverse populist rhetoric ranging from Eurosceptism and anti-establishmentarianism to growing campaigns against globalisation, austerity, and immigration. These have been prominent features of many European elections this year, including those in the Netherlands in March, the French presidential and general elections between April and June, and the UK’s snap general election on 8 June. This populist rhetoric is also expected to impact the upcoming elections in Germany in September 2017, and in Italy (expected in May 2018).

The first general election to be held after the Brexit referendum among the six founding Member States of the EU (the Inner Six) was the Dutch election in March 2017. As such, it attracted a lot of attention and was widely seen as an indicator of populist sentiment across Europe. Although Geert Wilders and his anti-immigrant, anti-EU Party for Freedom (PVV) became the second largest party in the Dutch Parliament by winning 20 seats (up from 15 seats in last elections in 2012) and therefore remained a strong force in the country, his defeat by Mark Rutte’s People’s Party for Freedom and Democracy (VVD) by a significant margin afforded the EU some relief and suggested that the path to turning the tide of populism would prove less bumpy than many had predicted.

The growing fragmentation of politics demonstrated by the participation of a record 28 parties in the Dutch elections was also a feature of the French presidential elections. The main establishment parties of both left and right were completely undermined, and the final run-off in May 2017 featured an unprecedented battle between an independent centrist at the head of a new political movement, Emmanuel Macron, and Marine Le Pen, a far-right nationalist.

Although Macron’s comfortable victory broke the French political tradition of alternate centre-left/centre-right administrations, his success – coupled with his party securing an absolute majority in the subsequent parliamentary elections in June – has further eased fears over the rise of European populism.

It has also bought time for the EU to discuss and adopt well-targeted reforms to heal the chasm between the bloc’s mainstream political parties and populist voters. It should be noted, however, that Macron’s proposed “Buy European Act” is clearly designed to ring the populist bells of protectionism.

In two months’ time, Europe will discover whether Germany’s Chancellor Angela Merkel can secure a fourth term in office, in an election which could prove critical to the future of the EU. Her party’s convincing victories in recent regional elections (Saarland in March and North Rhine Westphalia and Schleswig-Holstein in May) and the latest opinion poll results suggest that she will succeed. The leading populist party, The Alternative for Germany (AfD), is expected to win enough votes to be represented in the Bundestag (the German parliament) but the party’s relatively low ratings in the polls – it currently stands at around 8% – provide, at least for the time being, further comfort for supporters of the EU.

The Italian elections, due to be held no later than 20 May 2018, are likely to prove a greater challenge. Together, the leading populist parties – Five Star Movement (M5S) and Northern League (LN) – have enjoyed the support of more than 40% of the electorate in recent polls. If they perform as impressively at the ballot box, it would amount to a blistering attack on the EU and the euro. Deep-seated Eurosceptic sentiment in what is the Eurozone’s third largest economy can be partly attributed to Brussels-inspired austerity policies adopted to tackle the country’s spiraling government debt. Italy’s ratio of debt to GDP is second only to Greece in the EU. The calls from the Northern League in particular for independence for the wealthy north of the country and the return of the Italian lira would not only sink the Italian economy, but also risk a return of the euro debt crisis.

The problems in Italy are exacerbated by the unravelling of a proposed reform of the electoral system, which would have introduced a proportional representation method similar to that in Germany. It may also usher in more instability as it paves the way for M5S to win enough seats to govern on its own or create a governing coalition with other populist parties such as the LN. This, in turn, would make it easier to change the Italian constitution and enable a referendum to be held on the country’s EU membership.

This lingering uncertainty, together with the turmoil surrounding the Brexit negotiations following the UK Prime Minister Theresa May’s failure to win a majority in the country’s June 2017 general election, will continue to cloud European politics and the EU economy in the coming years. However, the way the pro-EU camp successfully survived the litmus tests of the Dutch and French elections (and probably the upcoming one in Germany too) should inspire a more optimistic outlook among the EU’s supporters, and encourage them to stop worrying about the growth of Eurosceptism, and start rebuilding confidence in European integration. They could do this by better harnessing globalisation to tackle issues such as income inequality, and adopting more forward-looking trade laws to secure a place for the EU in the global value chains.

[1] As mentioned by the new French President Emmanuel Macron after his meeting with the German Chancellor in May 2017. The main theme of such a “road map” is to provide a focus for creating more conducive investment mechanisms for the EU’s future.