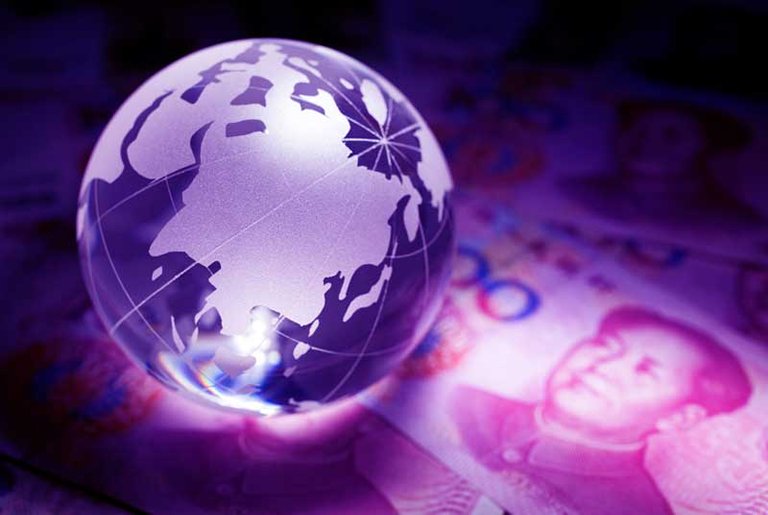 Actions should also be taken to improve the division of labour and distribution of industrial chains by encouraging the entire chain and related industries to develop in concert so as to enhance the industrial supporting capacity and general competitiveness of the region. Co-operation is encouraged in order to build all forms of industrial parks, such as overseas economic and trade co-operation zones and cross-border economic co-operation zones. It is hoped that all countries along the Belt and Road routes can work together to promote the cluster development of various industries.

China has embarked on the development of overseas economic and trade co-operation zones since 2006, mainly spearheaded by the Ministry of Commerce. Prior consensuses are reached with the governments of countries that are politically stable and on good terms with China, for approved Chinese enterprises to serve as the principal executors in entering into agreements with these governments for investing in and undertaking development projects in their countries.

Alternatively, these Chinese enterprises may co-operate with enterprises of the host countries in jointly investing in, and undertaking the development of, local industrial parks with comprehensive infrastructural facilities, distinct leading industries and sound public service functions. They will then invite other related enterprises from China, the host countries and other countries to invest and develop in the parks in order to form industrial clusters and build up relatively comprehensive industrial chains. Such a development model is equivalent to direct investment with economic and trade co-operation in the form of group projects.

To further innovate and promote the development of overseas economic and trade co-operation zones and optimise their service provision, the Ministry of Commerce and Ministry of Finance jointly drew up the Administrative Measures on the Accreditation Assessment and Annual Assessment of Overseas Economic and Trade Co-operation Zones (Administrative Measures) in 2013. Under the Administrative Measures, a co-operation zone refers to an industrial park set up with comprehensive infrastructural facilities, distinct leading industries as well as clustering and outreaching effects by a Chinese-funded holding enterprise registered in the People’s Republic of China (excluding Hong Kong, Macau and Taiwan regions) as a separate legal entity (hereinafter referred to as the “executing enterprise”) through an independent corporate body (hereinafter referred to as the “founding enterprise”) established overseas and held by a Chinese-funded enterprise.

Co-operation zones applying for accreditation assessment should play a pivotal role in leading the priority industries of China to “go out” while optimising the country’s industrial structures. They should facilitate the utilisation of resources and the enhancement of resource allocation capacity. They should also contribute in setting up commercial and trade logistics networks and opening up further room for trade development; in securing technological co-operation and raising technological innovation standards; and in promoting the economic and social development of the host countries with a view to achieving mutual benefits with foreign partners.

Co-operation zones passing the accreditation assessment or annual assessment under the Administrative Measures may apply for financial support from a specific central fund. For example, related financial institutions may actively provide the necessary credit support and complementary financial services to the founding enterprises and the enterprises operating in the zones (operating enterprises) that meet China’s policy requirements and related loan financing terms.

According to the Notice of Ministry of Commerce and China Development Bank on Issues Concerning the Support for the Construction and Development of Overseas Economic and Trade Co-operation Zones published in 2013, the Ministry of Commerce and China Development Bank work together to set up a joint mechanism on the co-ordination and information sharing for co-operation zone projects, and provide investment and financing policy support to eligible executing enterprises and operating enterprises of these co-operation zones.

Specifically, China Development Bank supports the industrial clusters that meet the needs of the country’s outward development strategies to “go out” by providing investment and financing services for the development of co-operation zones. It also provides financing support to the executing enterprises of the co-operation zones by actively exploring the financing options of relying on the credits offered by overseas financial institutions, or taking the projects, other assets or the account receivables from land sales as pledges. It provides financing services in the form of sub-loans, syndicate loans and others to operating enterprises in collaboration with well-established financial institutions of the hosting countries.

The achievement of overseas economic and trade co-operation zones is particularly impressive in the countries along the Belt and Road routes. These countries are mostly at the initial stage of industrialisation, with good potential for market development and aspirations for drawing foreign investment. At present, China is developing 56 co-operation zones in 20 countries along the Belt and Road routes, accounting for 72.7% of the total number of overseas co-operation zones under construction, involving a cumulative investment of US$18.55 billion and drawing in 1,082 operating enterprises with a total output value of US$50.69 billion. These zones have created about 180,000 jobs for the local communities, helping to promote the industrialisation of the host countries and the development of their related industries – particularly the development and upgrade of key industries such as light textiles, home appliances, steel, building materials, chemicals, automobiles, machinery, and mineral products. [1]

China has set up co-operation zones across the continents of Europe, Asia and Africa along the Belt and Road routes. Co-operation zones in different localities show various advantages in respect of resources, markets, traffic and transport, as well as infrastructure. In particular, Asia is the key region for China to launch economic and trade co-operation under the Belt and Road Initiative. Most Asian countries, particularly those in Southeast Asia, have been actively drawing investment through the establishment of special economic zones such as industrial parks, and promoting economic development and creating job opportunities in recent years. China can capitalise on this trend and use economic and trade collaborative development as a major tactic to step up co-operation with the Southeast Asia region and hence establish the China-Indochina Peninsula Economic Corridor.

It seems that the small- and medium-sized enterprises on the Chinese mainland and Hong Kong are more inclined to focus on the development opportunities unfolding in Southeast Asia. Whether it calls for direct investment to set up manufacturing plants for processing trade, for co-operation in production capacity with local partners of host countries, or for exploration of the local industrial materials and consumer markets, these small- and medium-sized enterprises are keen to seize the opportunities offered by Southeast Asia. With their rapid expansion in the industrial production sector alongside investment growth in their infrastructural development in recent years, Southeast Asian countries have gradually formed a close-knit supply chain with China.

Findings of a questionnaire survey conducted by the HKTDC Research in South China in mid-2016 shows that the majority (83%) of the responding enterprises on the Chinese mainland choose the Southeast Asia region, including ASEAN countries, as their desirable destinations for tapping Belt and Road opportunities, followed by South Asia (27%), and Central and Eastern Europe (24%). While many enterprises want to increase their sales of various products to the Belt and Road markets (88%), some would like to set up manufacturing plants in these regions (36%), or purchase various kinds of consumer goods/food items or raw materials from the local markets (35%).

Approved co-operation zones set up by Chinese investors in ASEAN countries include: (1) China-Indonesia Julong Agricultural Industry Co-operation Zone; (2) Laos Saysettha Development Zone; (3) Cambodia Sihanoukville Special Economic Zone; (4) Thai-China Rayong Industrial Park; and (5) Vietnam Longjiang Industrial Park. In addition, the governments of China and Malaysia have jointly devised the international production capacity co-operation format of “two countries, twin parks”, whereby two industrial parks have been set up in Kuantan of Malaysia and Qinzhou in Guangxi of China. These parks are expected to serve as the pioneer economic co-operation projects explored and implemented by the Chinese government under the Belt and Road development strategy.