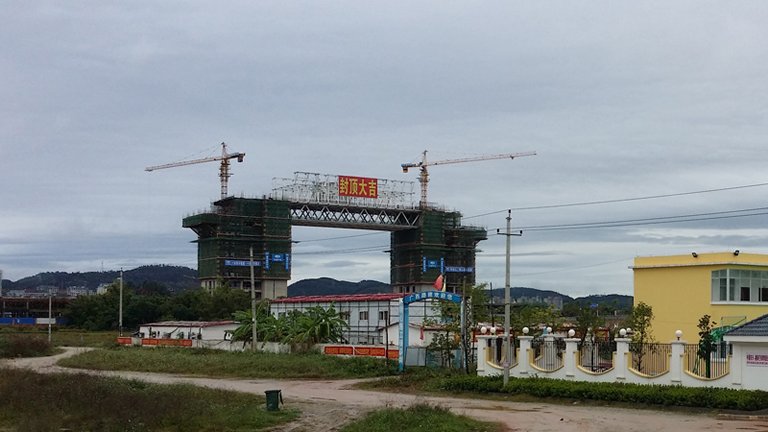 Guangxi has a 1,020km border, with three prefecture-level cities adjoining Vietnam. Its border region is one of the four areas for development under the strategy of the “four alongs” currently being implemented in Guangxi. Apart from border trade, which plays an important role in the autonomous region, Guangxi is also promoting cross-border economic co-operation to open up and develop the areas along the border. Border platforms such as cross-border economic co-operation zones and key experimental zones for development and opening up will gradually become the important carriers for opening up and co-operation between Guangxi and ASEAN countries. Moreover, Guangxi plans to develop border processing industries in the ports along the border and promote the transformation of border trade from “cross-border transit” to “inbound processing” while strengthening its trade distribution functions.

ASEAN is the principal trading partner of Guangxi, topping its trading partner list for 16 years in a row. In 2016, Guangxi’s import and export value with the ASEAN region accounted for 65% of its provincial total. Guangxi’s trade with Vietnam across its border made up 60% of its total trade value in 2016. Commodities in its export list mainly comprise electrical and mechanical products, textiles, garments, agricultural products, ceramic products, vegetables and footwear, whereas its import list covers agricultural products, electrical and mechanical products, fruits, grains, feeds and coal.

The total border trade value of Guangxi ranks first among all border provinces and regions in China. Export items of its border trade are dominated by electrical and mechanical products and textiles, such as motorcycles, auto parts, small hardware as well as men’s and women’s tops, which constitute some 70% of the total export value of its border trade. Import items mainly consist of agricultural products and mineral products, such as anthracite and minerals of titanium, iron, zinc and aluminium, tropical fruits, mahogany and wood products, which account for about 80% of the total import value of Guangxi’s border trade.

Of all of China’s border ports, Dongxing Port has the highest volume of cross-border passenger traffic. Many Chinese domestic products are exported to ASEAN countries through these border ports, through which products from Vietnam are imported to China. While the port of Friendship Pass is the distribution centre of mahogany products, Dongxing Port has become a distribution centre for marine product processing, and Shuikou is the principal port for nut imports from Vietnam and ASEAN countries.

In 2016, the State Council of China published the Opinions on Several Policy Measures in Support of the Development and Opening Up of Key Border Regions, which spells out its support for the development of strategic regions along the borders, including pilot zones for strategic development and opening up, national-level border ports, border cities, border economic co-operation zones and cross-border economic co-operation zones. The document mentions that these border regions are becoming the pioneers of China’s implementation of the Belt and Road Initiative. Guangxi has, in fact, started to push forward some border development policies in recent years prior to the publication of the above document.

According to the Memorandum of Understanding on Development of Cross-Border Co-operation Zones signed between China and Vietnam in 2013, there will be three China-Vietnam cross-border co-operation zones in the first batch of development projects, one at the China-Vietnam border of Hekou-Lao Cai in Yunnan province, and two at the China-Vietnam border of Dongxing-Mong Cai and Pingxiang-Dong Dang, both in Guangxi. For the Joint Master Plan on China-Vietnam Cross-Border Economic Co-operation Zones, China has already submitted its draft to Vietnam whereas Vietnam has devised its own draft. Working in collaboration, they will study both drafts and finalise a joint master plan.

Focusing on the development of its border economic belt, Guangxi strives to promote industrial co-operation along the border as well as cross-border interconnection and intercommunication. Border platforms such as economic co-operation zones and national pilot zones for strategic development and opening up will gradually become important carriers for opening up and co-operation between Guangxi and ASEAN countries.

At present, Guangxi is developing the processing industry in border ports while promoting the transformation of border trade from “cross-border transit” to “inbound processing”. It also strives to speed up the development of the cross-border economic co-operation zones of Dongxing-Mong Cai and Pingxiang-Dong Dang along the China-Vietnam border. Permission has been given for border regions such as Dongxing and Pingxiang to expand their pilot zones for cross-border labour co-operation so that its border processing industry can capitalise on Vietnam’s labour force.

Border trade has become the principal form of China-ASEAN commodity trade conducted by small- and medium-sized companies of Vietnam, Cambodia, Myanmar and Thailand. While some products imported from Vietnam come from other regions, suppliers from other mainland provinces and regions are also attracted to export their products to Vietnam or re-export to other ASEAN countries through the border trade in Guangxi. It is estimated that 80% of Guangxi’s border import trade involves re-sales to other mainland regions. In view of this, apart from promoting a border processing industry, Guangxi plans to build up a more extensive market distribution function. For example, Pingxiang is planning to expand its specialised fruit distribution market.

The Dongxing Key Pilot Zone for Development and Opening Up covers Dongxing City and the port district with a total area of 1,226 sq km. Dongxing City, under the administration of Fangchenggang Municipality, is just across the river from Mong Cai City in Vietnam. The daily passenger traffic of Dongxing port is about 20,000 to 30,000, and its annual total reached 7.15 million in 2016.

The Dongxing Key Pilot Zone for Development and Opening Up is mainly characterised by its policy of introducing “early and pilot” measures. The Pilot Zone can explore different policy innovations, including the forms of opening-up and co-operation, as well as financial and tax management models. All innovative policies of opening up, co-operation and reform, such as those on customs facilitation, China-Vietnam integrated border control, and cross-border labour administration, are possible areas for exploration by the Pilot Zone.

One of the major tasks of the Dongxing Key Pilot Zone for Development and Opening Up is to develop a cross-border economic co-operation zone at the China-Vietnam border of Dongxing on both sides of the Beilun River. A core zone of 10 sq km has been planned for Dongxing on the China side, whereas the park zone on the Vietnam side covers 13.5 sq km, with a bridge connecting both sides. The co-operation zone will be operated in the forms of “shop in front and factory at the rear”, “two countries, one zone”, “within and beyond the border”, and “closed border operation”. Planned to “open at the first line and control at the second line”, the zone will pursue the closed operation model of a cross-border free-trade zone within which people, goods and vehicles of both sides can flow freely.

Infrastructural facilities on the Chinese side of the co-operation zone are basically complete, as is the bridge to link the two sides of the zone. The official commencement date of closed operation of the zone has yet to be finalised. The Chinese part of the zone will be developed into three districts. The first is a financial, commercial, trading and tourism district covering 2.06 sq km. The second, with an area of five sq km, is a garment and agricultural by-product industrial district for processing trade, and the third is a logistics and warehouse district. Construction of the first district has been topped out to provide, inter alia, an ASEAN attractions street, and is expected to open to all visitors with identification documents. The daily duty-free limit is RMB8,000 per visitor.

Nine standard factory blocks with a total floor area of more than 60,000 sq m will be completed in the processing trade district by the second half of 2017. Two standard factory blocks have already been constructed, and a mobile-phone assembly plant has moved in for operation. Its finished products are to be exported to Vietnam, while those processed with raw materials from Vietnam will be sold to the Chinese mainland. As the zone will make use of the Vietnamese workforce, the next step is to regulate and quantify the cross-border use of workers with the establishment of a labour management centre.

On the Vietnam side, it is understood that the planning and design blueprint has been completed. In the Dongxing area, there will be a core zone and a number of supporting zones such as an industrial park, a logistics park and a border trade centre. Inside the Jiangping Industrial Park, there are already more than 100 enterprises operating.

With the current direction of development, the cross-border economic co-operation zone and supporting zones can enhance Dongxing’s commercial and trade functions, including commercial services for external trade, commodity exhibition and sale, warehousing, transportation and tourism, helping to shape the city as China’s comprehensive trade centre targeted at Vietnam and entrusted with the integrated functions of processing production, purchasing and transit transportation. Hong Kong companies interested in capitalising on the border policies of China to capture ASEAN market opportunities should take note of the development of these commercial and trade functions.

[1] Border trade refers to the import and export trading activities conducted at designated land border ports between enterprises registered in Guangxi and approved by the government departments of foreign trade and economic co-operation/commerce with border trade operator qualification, and the enterprises or other trade organisations of neighbouring countries of Guangxi or countries adjoining its border.