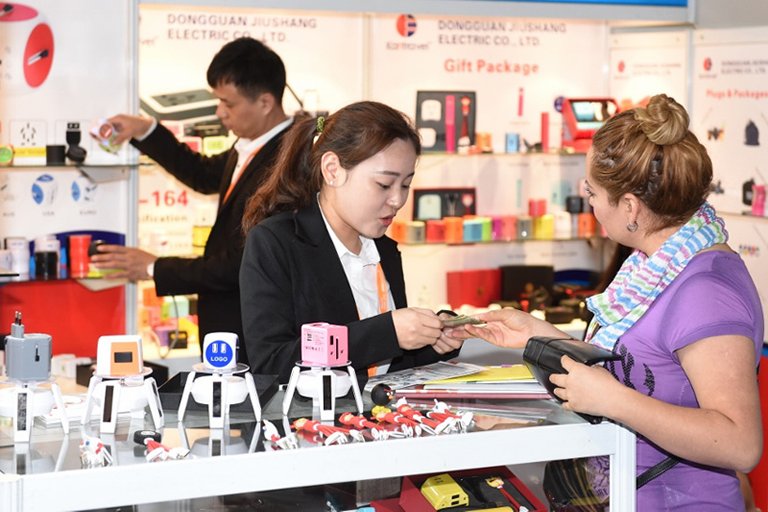 With the electronics market remaining optimistic, audio-visual and digital entertainment items will be the next products worth noting, electronics industry players surveyed at the Hong Kong Electronics Fair 2017 (Spring Edition) agreed. Consumer electronics continue to be the items with the best growth prospects in 2017. Smart watches remain the products with the greatest potential among wearable electronic items. The market of smart home applications also appears promising for the next two years.

Industry sentiment remains positive towards overseas markets. The traditional markets of North America and Western Europe, and the emerging markets of the Chinese mainland and ASEAN countries, are the most promising, industry players agreed.

HKTDC Research interviewed 589 buyers and 286 exhibitors at the Hong Kong Electronics Fair 2017 (Spring Edition) in April, one of the largest gatherings of electronics professionals in the world. The electronics industry players were asked for their views on growth prospects and product trends in the electronics market.

The overwhelming majority of the buyers and exhibitors surveyed (89% and 87% respectively) expected their sales to rise or remain unchanged in 2017. Comparing the results to the findings of the survey taken at the last Electronics Fair, held in October 2016, exhibitors’ views on the global market outlook for 2017 remained largely the same. Half of the respondents (52%) expecting an increase in sales in 2017. Buyers were less optimistic about the market outlook, with the number of respondents expecting an increase in sales falling from 45% in October to 38% in April. Overall, however, the survey findings reveal that market confidence on the global electronics market outlook for the rest of 2017 remains positive.

North America was rated by 54% of respondents as having the best growth prospect for sales of electronics in 2017 among traditional markets. The next most promising market was Western Europe (51%), followed by Japan (41%), Taiwan (40%) and Korea (40%). Among emerging markets, the Chinese mainland was rated as the most promising market for 2017, with 57% of respondents considered it as "promising" or "very promising", followed by ASEAN countries (41%), the Middle East (30%) and India (30%).

On the whole, the Chinese mainland, North America and Western Europe remain the top three overseas markets with the best growth prospects for sales of electronics in 2017.

Audio-visual and Digital Entertainment Items are the New Trend

After rapid growth in recent years, demand for mobile devices has now levelled off. The great majority of respondents (82%) suggested that consumers’ appetites are turning to new-generation audio-visual and digital entertainment items.

VR/AR gears or headsets have the greatest market potential in the next two years among all audio-visual and digital entertainment items, 46% of respondents agreed. Other promising items in the next two years include audio-visual items with connectivity to the smart home (20%), ultra-high-definition TVs with “smart TV” features (16%), wearable action cameras (16%), internet TV boxes (15%) and video game consoles (14%).

The demand for wearable electronics continues to increase steadily, with 79% of respondents viewing the market potential of wearable electronic products for the next two years as "promising" or "very promising", up from 76% and 70% in previous surveys.

Smart watches remain the products with the greatest potential among wearable products, according to 40% of respondents. Among the sectors showing improvements in growth prospects are health-care or sports-related wearables (28%), 3D goggles for watching wide-screen movies or playing video games (28%), wireless earphones/headphones (24%) and wired earphones/headphones (9%), despite the decrease of market confidence in smart wristbands (29%).

An increase in popularity can be seen across all smart home and smart living products. Industry players in the survey were generally positive about the market potential of smart home applications. Wireless system items for connecting to internet/mobile networks (including Zigbee, Bluetooth and Wi-Fi devices), wireless charging devices for smart appliances, and audio-visual items with smart functions were seen as the most promising items, with 70%, 70% and 68% of the respondents respectively rated the growth prospects of these products for the next two years as "promising" or "very promising".

Asked about the potential for a price premium, a large majority of respondents (80%) to the survey said they expected the consumers to be willing to pay 1% to 20% more when purchasing electronic products or household appliances with smart home applications. However, fewer respondents (20%) expected consumers would pay more than 20% extra, a drop from the 25% of respondents who held the same view at the Electronics Fair held in October 2016. The change suggests that the increase in the price of smart features incorporated in products may have levelled off.