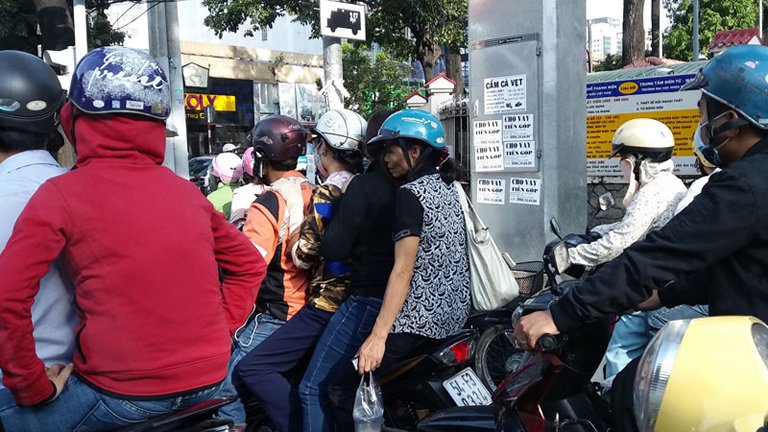 Over recent years, Vietnam’s economic development has prospered – at least partly – on the back of its markedly young labour force. This asset has greatly contributed to the expansion of the country’s processing production sector. At the higher end of the labour market, however, a shortage of skilled workers and of those in possession of advanced qualifications has started to restrict further industrial development. With a number of overseas investors looking to introduce increasingly sophisticated processes into their Vietnamese operations in the course of business expansion, this lack of experienced staff has become a continuing problem. It is also a challenge for those businesses looking to recruit high-calibre individuals as they update their production processes.

Essentially, as businesses look to enhance their operations, the lack of an accessible pool of production engineers and precision tool makers, for instance, is being sorely felt. By contrast, Hong Kong is home to a number of experienced industrial players, all of which are well supported by a strong manufacturing base, especially within South China. As a result, the city can offer a comprehensive range of internationally-recognised services, which are of a sufficiently high quality to meet the requirements of buyers from most developed markets. Thanks also to Hong Kong’s advantageous location within Asia, many of the city’s experienced industrial companies are in an excellent position to tap into Vietnam’s growing need for a variety of production services.

The Advantages of a Young Labour Force

Vietnam has a notably young population, with an average national age of about 32, and more than half of its citizens (about 55%) aged 34 years or under. In total, the15-64 age group accounted for 68% of the country’s population in 2015, up from 61% in 1999. This clearly shows that Vietnam has a large and abundant supply of young labour, something that is clearly advantageous for its on-going economic development.

This particular demographic reality is well noticed by many manufacturers and foreign investors looking for alternative production sites with sizeable labour forces as a means of supporting their business expansion. In line with the opening up of the Vietnamese economy over recent decades[1], the inflow of foreign direct investment (FDI) – particularly within the manufacturing sector – has grown dramatically.

Lower labour costs have a particular appeal for foreign investors engaged in labour-intensive processing production. Although, as of 1 January 2017, Vietnam’s statutory minimum wage level has been raised, overall the monthly pay level still stands at less than US$200. Of course, in many cases, the actual wage level is higher than the minimum, with the variance dependent on location and the level of qualification and experience of the employees concerned. After adding in statutory insurance for health care, social and unemployment benefits, Vietnamese labour costs per worker still remain at a low level - starting from around US$200-250 per month, though it can be higher in certain circumstances.

(Remark: For more details regarding labour costs, please see: Vietnam Connects its Cost Advantages with China: the Scenario of an Industrial Park in Hai Phong.)

In other production sites across Asia, including some of the less developed parts of western China, it is common for total per worker monthly labour costs (including statutory contributions and insurance) to start from about US$300-350. Bearing this in mind, the cost of employing Vietnam’s youthful labour face is actually on the low side.

Remark: The equivalence in US dollars is calculated on the assumed rate of US$1:VND 22,000. For definition of the regions, please refer to Decree No. 153/2016/ND-CP.

Source: Decree No. 153/2016/ND-CP dated November 14, 2016 of the Government providing for regional minimum wage rates applied to employees working under an employment contract

It is such cost advantages that have proved one of the key factors in Vietnam’s success in attracting FDI. Thanks to the overall increase in business activities, the unemployment rate in the country’s urban areas fell from 5.3% in 2005 to 3.2% (estimated) in 2016. Although Vietnam currently enjoys virtually full employment, there is still potential for the country to supply more workers in line with increasing demand. This is largely because two-thirds of the population still live and work in the more rural areas, with urban dwellers only accounting for around one-third of the total population. Employees working in offices, factories and industrial zones in the cities have a much higher income than those engaged in agricultural, fishing and related activities in the rural areas. As a result, an increasing number of former rural residents are now moving to the cities and the nearby urban areas in order to live and work. In spite of its low unemployment levels, then, Vietnam still has a very abundant supply of available labour.

At present, Vietnam’s labour force consists of 54.5 million people[2], with young workers accounting for the majority and 74% of the labour force actually under 50 years of age. It should, however, be noted that the majority of these workers are unskilled. Indeed, nearly 80% of them hold no formal qualifications at all, while an estimated 9% are university graduates and only 11% have received secondary/college education or undertaken vocational training. Moreover, only 21% of the country’s employed workers have ever received any kind of professional training of three months duration or more. Needless to say, their overall productivity level is lower than that of the trained / skilled workers in China or a number of the other more advanced ASEAN countries. This, in part, explains why the wages for young Vietnamese workers have remained relatively low.

In practice, Vietnam lacks not only skilled labour, but also trained technicians and professional staff. While the low-cost labour supply is suitable for supporting Vietnam’s processing production sector, the country is unlikely to be able to adopt advanced production processes given the current standing of the workforce. Over time, however, the government is determined to improve the country’s education system and vocational training programmes. Such a solution, though, will take a considerable time to come to fruition.

Despite these concerns, FDI has continued to flow into Vietnam’s manufacturing sector, attracted by the low cost of unskilled workers, land and a number of other production factors. Increasingly, though, the country’s factories are turning to automation as a way of enhancing their efficiency and producing the more sophisticated products demanded by the international market. Encouraged by the Vietnamese government, as well as by several upstream suppliers that have chosen to follow their clients’ investments, the production of industrial inputs, as well as certain parts and components, has increased. As a result, there is an increasing demand within Vietnam for industrial services, a necessity for the production of more sophisticated finished goods and industrial inputs.

On account of the problem of recruiting high-calibre staff – notably production engineers and technicians – Vietnam currently lacks precision and industrial engineering support. Local and foreign-invested manufacturers intending to introduce more sophisticated facilities to their operations, then, will have to rely on properly-qualified staff from outside the country in order to meet their local operational needs.

In order to support their processing production in Vietnam, for instance, some manufacturers are now manufacturing their precision tooling and moulds in other locations, most notably South China. Others are looking to recruit quality service providers from nearby locations in order to secure the level of quality inspection and testing services that are recognised by international buyers. As a result, demand for a wide range of industrial supports is set to increase as the variety of production activities conducted in Vietnam continues to expand. Inevitably, the current shortage of skilled labour and technicians, as well as high-grade production engineers, will not be solved in the short term. In the meantime, manufacturers in Vietnam will continue to employ various external supports from around the Asian region.

(Remark: For more details, please see Vietnam Connects its Cost Advantages with China: the Scenario of an Industrial Park in Hai Phong.)

Among the key requirements for meeting these needs are geographical proximity to Vietnam and the provision of a comprehensive range of fully up-to-date industrial services. Ideally equipped to meet both requirements, Hong Kong has a convenient geographic location and a highly efficient logistics sector. The experienced industrial players and service providers in the city are also well supported by a strong manufacturing base, especially in the case of the Pearl River Delta area and beyond. Additionally, many Hong Kong players have long been managing industrial processes to a recognised international standard and are able to comply with the statutory requirements of buyers from advanced countries. As a result, they are in a strong position when it comes to meeting Vietnam’s growing demand for a variety of production services.