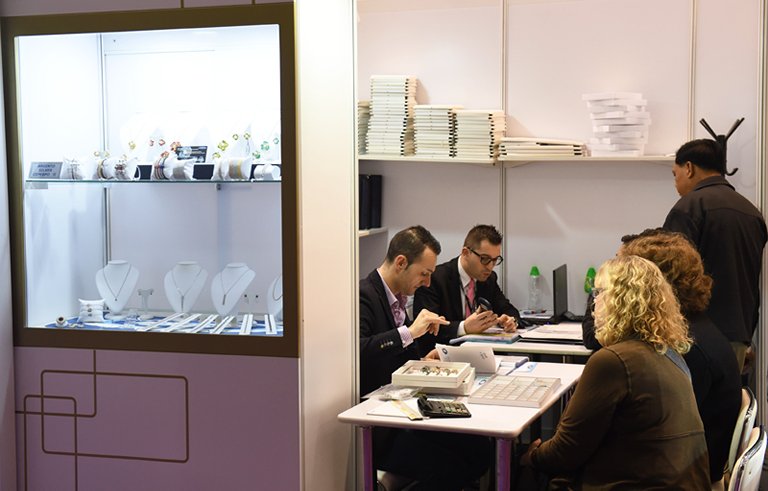 According to a number of international buyers, Asia is the most promising area for jewellery sales, particularly with regard to the Chinese mainland, ASEAN members and a number of other countries in the region. With regard to the developed markets, buyers were most optimistic about Australia and the Pacific region. Compared with the 2014 Survey, buyers were much more positive about prospects in Japan and Africa (excluding South Africa).

While the market outlook remains positive, there are signs that consumer behaviour is changing. According to buyers, consumers are increasingly concerned about quality and product design, are more inclined to carry out price comparisons and buy fewer, but better quality items. An increasing proportion of consumers are also of the younger generation or tourists. As for retail channels, e-tailing and TV shopping are growing in popularity.

Respondents were largely optimistic about their overall sales for 2015, with 85% of buyers and 70% of exhibitors expecting their sales to be maintained or to increase in comparison to the previous year. For those expecting a rise, the median rate of increase is 10% for buyers and 15% for exhibitors.

A majority of buyers and exhibitors expected prices and costs to go up or remain unchanged in 2015 compared with last year. At all levels – exhibitors’ production or sourcing costs, exhibitors’ FOB (free on board) prices, buyers’ sourcing costs and retail prices – the median rate of increase was 10% among those expecting an increase.

As part of the survey, buyers were asked to give their views on the prospects for the market on a scale of one to five, with one indicating that the market will be “very unpromising” for the next two years, and five indicating “very promising”. In the 2015 Survey, Asia remains the most promising region, with the top three markets being the Chinese mainland (3.75), other nations in Asia (3.42) and ASEAN members (3.39). Among the developed markets, buyers gave top ranking to Australia and the Pacific (3.35), followed by Japan (3.33), North America (3.31), and, in last place, Western Europe (3.25).

Compared with the 2014 Survey, buyers were much more positive about the prospects for Japan and Africa (excluding South Africa), while less confident about the Chinese mainland, ASEAN, India, the Middle East and Russia. In line with the overall findings of the survey, a Russian buyer said the market competition was increasingly keen. Moreover, with the crash of the rouble, import prices have doubled. As a result, he has become much more cost-conscious when it comes to sourcing.

Karat Gold Set to be Most Popular Material

Regarding materials, most respondents said karat gold will be the most popular precious metal in their markets in 2015 - 48% picked karat white, 33% chose karat rose and 32% opted for karat yellow.

According to several buyers from Central and Eastern Europe, stainless steel jewellery is popular among the young or those customers favouring low-prices, especially with regard to modern designs and oversize items. By contrast, silver jewellery is targeted at the medium-priced customer group, while 14K/18K gold jewellery is more sought after by high-end customers. In recent years, some customers have traded up by buying more karat gold jewellery.

With regard to diamonds, a smaller size was expected to be more popular, with 56% of diamond traders saying melee will be preferred, and 44% opting for solitaire. In terms of settings, microsetting (43%) and prong (25%) are thought likely be more popular than other types.

With regard to changes in consumer preferences, buyers were asked to give their views on a scale of one to five, with one denoting “completely disagree” and five denoting “completely agree”. In the 2015 Survey, buyers indicated that consumers were increasingly concerned about quality and product design, both scoring ratings above four. Yet craftsmanship, price, after-sales service/warranty and product branding were also major concerns, rating between 3.84 and 3.98, with buyers assigning higher ratings to these aspects than in the 2014 Survey.

Despite a positive market outlook, buyers overwhelmingly agreed that consumers continue to conduct more price comparisons (3.86 out of 5) although the rating is down slightly from the 3.99 of the 2014 Survey. Additionally, consumers now buy fewer, but better, things (3.84) and an increasing proportion of consumers are from the younger generation (3.80) – both are important trends for buyers and exhibitors to take note of.
Even though online shopping is less common for jewellery than other consumer products, buyers did say that consumers increasingly relied on online reviews/social media opinions for product information (3.79) and made more online purchases (3.73).

Buyers also said that an increasing proportion of consumers are tourists, with the relevant rating going up to 3.70 in the 2015 Survey (from 3.49 in the 2014 Survey). A number of overseas buyers also shared the view that Chinese mainland tourists are growing in importance as purchasers in their regions.

Among those who either engage in or are going to engage in e-tailing, the majority said they sell/will sell diamond jewellery (36%) through this platform, followed by gemset jewellery (28%) and silver jewellery (18%).

In addition to the e-tailing channels, some buyers noted that TV shopping is gaining in popularity in China. In Beijing, for example, there are five big TV shopping channels, with the annual level of TV shopping sales rising by 25% in 2014, despite a drop in the overall retail performance.

Buyers were highly satisfied with jewellery suppliers from Hong Kong. On a scale of one to five, buyers gave ratings of between 3.76 and 4.05 across seven performance indicators in 2015, compared to ratings ranging from 3.35 to 3.89 in 2014. In particular, buyers are especially satisfied with Hong Kong jewellery suppliers’ quality (4.05), craftsmanship (4.01), variety (4.00) and service (4.00).