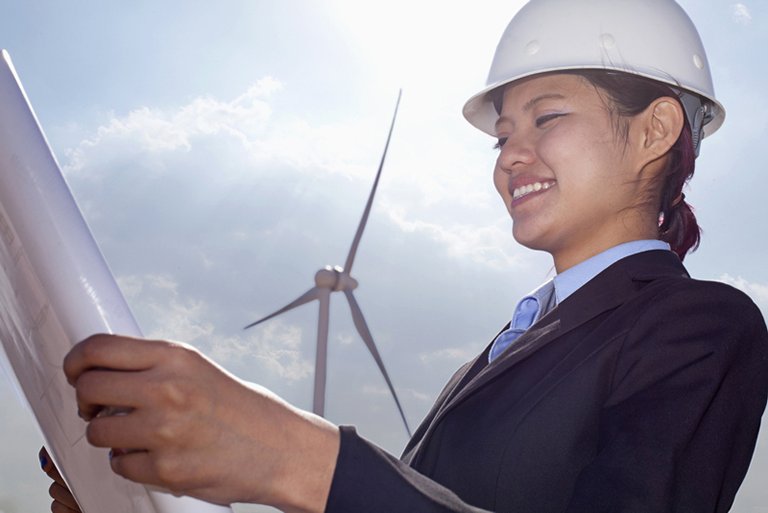 Cities in the Yangtze River Delta (YRD) region are increasingly looking for green solutions. Rapid urbanisation and the growing population density are gradually exerting pressure on the living environment in the YRD and there is now a pressing need for cities to find solutions to the problems caused by increased levels of solid waste and wastewater, as well as a host of other municipal environmental challenges. At the same time, the YRD is also the site of several large industrial clusters. With many of these undertaking higher levels of industrial and commercial activities, the resulting emissions and pollution pose further challenges to the environment.

In addition to promoting urban construction, China’s new-style urbanisation plan[2], released in early 2014, also highlighted the challenges to the environment brought about by urbanisation. It listed energy conservation and environmental protection, in particular, as among its goals, and sought to promote green growth and low-carbon development in the country’s urbanisation process.

As one of the main engines of the Chinese economy, the YRD has undergone rapid urbanisation over the course of more than a decade. Many cities in the region have expanded into the surrounding areas, with some rural areas being included in urban development plans on a serial basis. This rapid pace of urbanisation, however, is now clearly exerting pressure on the living environment. The population density of the main urban districts of several cities is growing, while the sustainability of air, water and other environmental resources, as well as the sanitary environment of peri-urban areas and some rural areas, are gradually being challenged.

In the case of the Jiangsu and Zhejiang provinces, as their economies have developed, the proportion of the urban population in both provinces has surged from less than 50% in 2000 to approximately 64% in 2013, exceeding the national average of 53.7%. During this period, there was an influx of the rural population into the urban areas on account of work and relocation requirements. At the same time, migrant workers from other provinces also moved to the region, directly placing further pressure on the urban environment.

The population density of Jiangsu rose from 714 people per km2 in 2000 to 774 people in 2013, making it the most densely populated province in China. The population density of Zhejiang may be lower, but it has been rising rapidly for more than a decade. It is worth noting that an increase in urban population tends to lead to a higher population density in the major urban districts and development areas. The urban living environment, in turn, becomes increasingly crowded. At the same time, residents today have a greater awareness with regard to air and water pollution concerns, as well as other environmental issues.

In addition, the level of urban domestic sewage discharge in Jiangsu and Zhejiang has been increasing year-by-year. Proper disposal, by way of municipal facilities, is a necessity in order to prevent the contamination of land and water resources. Furthermore, only a small percentage of household garbage and other solid waste is being recycled. Most such waste is being disposed of in landfills or through incineration – processes that may also affect the surrounding environment. There is a pressing need to address these issues through the use of the relevant technologies and recycling management solutions. Hence, urban development is stimulating the demand for those services related to environmental protection in the YRD.

Industrial development is also exacerbating many of the environmental and pollution problems caused by urbanisation. In fact, there is no lack of energy-intensive, highly polluting heavy industry in the YRD. Large industrial clusters, coupled with the neglect of energy efficiency and a lack of pollution control measures during the early development stages of the region, have led to varying degrees of pollution of a significant amount of the region’s land, water and other resources. In addition, many of the older production lines may not necessarily meet the current energy-saving, emissions and other environmental requirements. As a result, energy consumption and pollution problems are continuing to grow.

Rapid urbanisation has prompted the expansion of urban areas into the surrounding areas, many of which were previously designated for industrial use. As a result, certain residential areas are now impinging on industrial facilities, while some of the surrounding rural areas are gradually being converted into new commercial and residential districts, many of them with a rising population density. As such, the living environment has become more susceptible to the impact of nearby industrial activities, posing a potential health threat to the residents.

Urbanisation has also led to the rapid expansion of various kinds of industrial and commercial activities, making the YRD one of the major energy consumption regions in China. Jiangsu and Zhejiang are, in fact, among the top electricity consumption provinces in the country. Unrestrained energy consumption is not only wasteful, but can also lead to air and other pollution problems. In terms of industrial and domestic wastewater discharge, in 2013 Jiangsu and Zhejiang were ranked second and fourth in the country, respectively. If left untreated, wastewater discharge will constitute a further threat to the water resources in the Yangtze River Basin and its surrounding areas.

To prevent further exacerbation of the pollution problem caused by the urbanisation process and to improve environmental quality, there is now a commitment to strengthen various environmental protection measures in the YRD region. A number of targets, aimed at improving the rural and urban ecological environment, have been outlined in the Plan for New-Style Urbanisation and Integrated Urban and Rural Development in Jiangsu Province (2014-2020). These include improving air and water quality, strengthening urban green space, and urban and rural environmental remediation. In Zhejiang, emphasis is being placed on ecological construction and improvements to the urban and rural living environments in the course of urbanisation.

The relevant government departments have been strengthening their planning with regard to the control of the sources of industrial pollution in recent years. In particular, industrial production facilities are to be shifted away from densely populated urban areas and water resources near the Yangtze River and other regions, as well as the coastal areas. These facilities will then be relocated in designated industrial zones. This is being done in order to tackle the problems associated with emissions, energy consumption and other issues in a centralised manner.

Zhenjiang, for example, is now one of the sites designated for industrial relocation in Jiangsu province. As a result, the Zhenjiang New Area is set to be the largest single-plant production base for high-grade coated paper in the world. It is also the largest production base for engineering plastic particles, automotive engine cylinders, and adjustable propellers in China. It is currently actively promoting industrial transformation and upgrading and the development of a circular economy and related industries[3].

Development zones/industrial parks in the YRD are also looking to continually strengthen their energy conservation and environmental protection measures. According to the management committee of the Jiaxing Economic and Technological Development Zone (JXEDZ) located in Zhejiang, although machinery and auto parts and other heavy industry parks have been established in JXEDZ, all such companies are required to meet energy-saving targets and the emissions standards established by the government. Furthermore, in terms of its investment promotion efforts, JXEDZ is focussing on investing in high-tech, high value-added, but less polluting industries, so as to protect its environment and ensure the efficient allocation of land resources in the development zone.

Overall, as manufacturers gradually move out of the more densely-populated areas, companies need to plan and install pollution prevention and control and environmental protection systems as part of that relocation. They also need to invest in new plants and facilities, so as to meet the requirements of environmental impact assessments. Taking into account all of the environmental protection requirements in the early stages of planning of an investment project allows effective control of the budget of the entire development. It is also conducive to the adoption of cost-effective comprehensive operation and pollution prevention programmes.

The investments and construction in the YRD, coming as a result of industrial relocation, provide an ideal opportunity for environmental protection services providers. These service providers are ideally positioned to meet customers’ needs for pollution prevention and control more effectively, especially if they begin work with customers from the early stage of investment planning and provide timely and customised environmental protection services.

China’s new Environmental Protection Law[4], which took effect as of 1 January 2015, strengthens the measures for combatting environmental pollution problems. Specifically, the new law authorises environmental protection agencies to seize and confiscate any facilities and equipment that cause severe environmental pollution. In addition, parties that discharge pollutants in excess of allowable limits or amounts of pollutants that do not meet the statutory requirements may be ordered to limit or halt production and undergo remediation. Heavier penalties and punishment can also be imposed. In this context, the local governments and other relevant entities in YRD are likely to strengthen their pollution control measures still further and strictly enforce emissions standards in the region. In order to comply with government regulations, industrial, commercial, trading and other entities in the YRD are now seeking relevant environmental protection services. With the keen demand for cost-effective solutions, there are clear opportunities for environmental protection services providers to enter the market.

One such business is C&G Environmental Technology Ltd, a Hong Kong and European joint venture headquartered in Hong Kong, which provides various types of environmental protection services relevant to municipal facilities and industries. It has a high level of experience in centralised water supply and wastewater treatment, municipal household garbage disposal, and hazardous waste disposal in urban areas and industrial parks. The firm also provides environmental protection system engineering services, including wastewater treatment, pure water treatment, recycled water treatment and air treatment service - facilities already being provided to a number of different companies in the YRD (and other regions) through both its branch in Suzhou and its mainland network.

These requirements aside, a number of liberalisation measures have been implemented under the Mainland and Hong Kong Closer Economic Partnership Arrangement (CEPA), which facilitate the provision of environmental protection services on the mainland by Hong Kong companies. These include measures that allow Hong Kong companies to set up wholly-owned enterprises on the mainland to provide sewage and waste disposal and other environmental services, as well as measures that facilitate applications for certification to operate environmental pollution control facilities[5]. In light of this, it is clear that Hong Kong-based environmental protection companies are uniquely well-positioned to access the YRD market.

[5] For the details of the CEPA provisions, please refer to HKTDC Research article: Environmental Protection Industry in Hong Kong