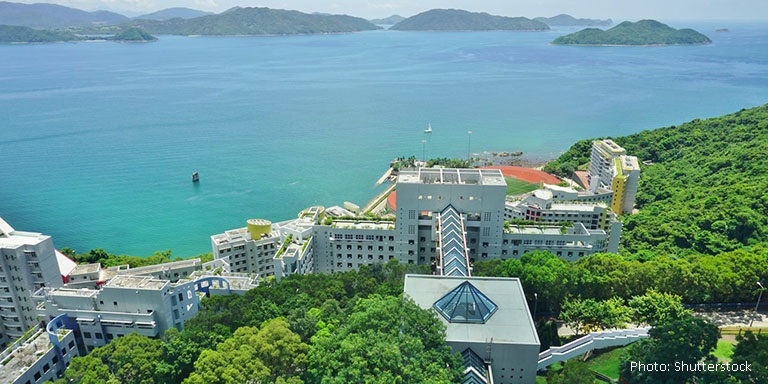 As mainstream industries rapidly digitalise and the world looks to a hi-tech future, the Hong Kong Government sets out a blueprint to plot the city’s I&T course.

Digitalisation is transforming Hong Kong’s traditional pillar industries – such as finance, trade, professional services and property. At the same time the city is seeking to further diversify its economy and is placing innovation & technology (I&T) front-and-centre in its development plans.

In recent years the Hong Kong Government has launched several I&T initiatives, accelerated by the need to adapt to the COVID-19 pandemic. Aggregating the progress made so far and laying out plans for the coming decade, the government late last year published the Hong Kong Innovation and Technology Development Blueprint.

Released by the Innovation, Technology and Industry Bureau, the blueprint foresees rapid growth for Hong Kong’s I&T ecosystem. While research and development (R&D) expenditure accounted for just 0.74% of gross domestic product in 2014 and the blueprint predicts this will reach 2% by 2030, having reached 1.3% in 2025.

As with many such changes, the I&T revolution starts with thousands of small innovators dreaming of producing something big. The number of start-ups in co-working spaces, incubators and accelerators is set to rise from 1,065 in 2014 to 3,755 in 2021 and projected to reach 7,000 by 2030, with 30 having unicorn status (worth more than US$1 billion).

The city also ranks third worldwide in the Digital Intelligence Index report jointly published by Mastercard and the Fletcher School of the Tufts University in the United States in 2020.

Authorities plan to boost talent through a mix of encouraging science, technology, engineering and mathematics (STEM) studies in schools and universities, encouraging promising talents to move to the city from Mainland China, and drawing talent from overseas. Cooperation between Hong Kong and peer mainland cities, especially those in the Guangdong-Hong Kong-Macao Greater Bay Area (GBA) will further enlarge the talent pool.

The government will encourage universities to offer more STEM courses, aiming for 35% of University Grants Committee (UGC) funded students to study STEM and 60% to study subjects relevant to Hong Kong’s development into the “eight centres/hubs” as stated in China’s 14th Five-Year Plan.

Mainland integration comprises another key direction for the blueprint – forming part of the technology development for China as a whole.

In last year’s Policy Address, Chief Executive John Lee put forward an array of initiatives to attract talent to Hong Kong, including launching the Top Talent Pass Scheme, relaxing the application arrangements of the General Employment Policy and the Admission Scheme for Mainland Talents and Professionals.

Apart from the talent hunt and integration with the mainland, the two key directions the blueprint prescribes are to enhance the I&T ecosystem and promote new industrialisation. While Hong Kong’s world-class universities and science parts, the relatively small markets and industrial base in the city mean that “1 to N” downstream development tends to be offshored. The blueprint outlines measures to keep all such development within Hong Kong as part of the city’s reindustrialisation.

Just as all Hong Kong’s traditional industries such as finance and trade are undergoing digitisation, the entire mainstream economy is turning digital.

To facilitate this process, Hong Kong has launched the Smart City Blueprint or Hong Kong 2.0 to drive smart-city development.

Funding is one area where Hong Kong’s traditional industries (finance) can boost I&T. The amount invested in venture capital funds had reached HK$41.7 billion by 2021.

The Government has set up various investment funds to reinforce Hong Kong’s status as an international financial, commercial and I&T centre.

These include the Hong Kong Growth Portfolio of about HK$22 billion, which was set up in 2021 to make strategic investments in projects with a Hong Kong nexus, including those related to the technology industry. The Strategic Tech Fund of $5 billion was set up in 2022 to invest in technology enterprises of strategic value to Hong Kong, or of considerable scale, as well as having good development potential. The GBA Investment Fund of $5 billion was set up last year to focus on projects in the GBA, including those related to technology industry that can benefit the industries and ecosystem development of Hong Kong.

To supply infrastructure and space as well as finance, the Innovation, Technology and Industry Bureau (ITIB) in Hong Kong will collaborate with the Office for Attracting Strategic Enterprises (OASES) and make use of the HK$30 billion Co-Investment Fund, the HK$5 billion Strategic Tech Fund to utilise the land provided in the Hong Kong-Shenzhen Innovation and Technology Park (HSITP) in the Lok Ma Chau Loop and in the vicinity of San Tin starting from next year.