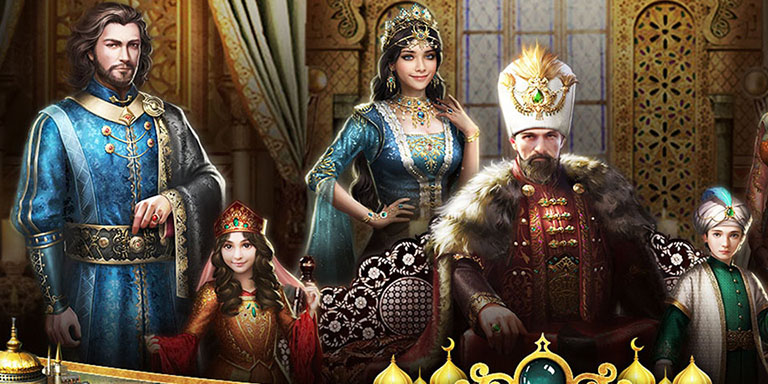 Mobile-commerce purchases in Russia are growing at twice the global average, with a Mainland China-based game leading the charge.

The Russian economy passed a number of important milestones last year. For one thing, spending via mobile apps beat the psychologically significant US$1 billion barrier for the first time.

Bearing in mind that just 10 years ago the trade in pirated and hacked software was a publicly accepted norm rather than an occasional aberration, this is seen as a particularly remarkable turnaround. To put this into perspective, while the global value of the mobile app market (including gaming, e-shopping, subscriptions and paid-for content) climbed some 20% in 2019, the equivalent figure for Russia was 40%.

In terms of the highest individual revenue earners in the Russian market, first place went to Game of Sultans, an online strategy game (main picture) based in Mainland China’s southern Fujian province, followed by VKontakte (the St Petersburg-based social network seen as Russia's Facebook), TikTok (the Beijing-headquartered video-sharing service) and a number of food-delivery applications. Overall, over the past three years, the amount spent on such virtual items by Russian consumers has grown a massive 155%, a sure indication that the notion that online content and services always come at a cost has now been firmly established across the country.

Despite this clear uptick, absolute financial data has proven hard to come by. In the case of Game of Sultans – an empire-building role-playing simulation developed by Mechanist Games, a Fujian-based independent software producer – although it has been widely acknowledged as 2019's big earner, there has been little official financial disclosure to date.

It's a similar story with VKontakte and Boom, a music player that also performed well last year, both of which were developed by the Mail.ru Group, Russia's second-largest online publisher. In third place – and equally opaque – was Ivi.ru, the country's leading streaming service, which has made huge headway in Russia as the domestic pioneer of on-demand content.

In total, WhatsApp remained the most frequently downloaded application in Russia, with Telegram – its domestically developed counterpart – coming in a close second. Taking third and fourth place, respectively, were two other domestic offerings – Nalogi FL, the official Russian tax-assessment app, and a suite of programmes from Russian Post. Overall, about 50% of the online dwell-time of the typical Russian is taken up by social media or messenger activity, with TikTok accounting for the most breathtaking increase in usage – up 860%. Meanwhile, the use of food and beverage delivery apps as well as online restaurant booking services was up a combined total of 250%.

It is also notable that Russian online preferences closely mirror global trends, albeit with domestic counterparts outperforming their international equivalents. This sees Yandex preferred to Google, VKontakte to Facebook, Ivi to Netflix, Ozon to Amazon and Badu to Tinder. Nor is this solely a language issue, with many middle-aged and young Russians sufficiently fluent in English to negotiate their way around such applications. As few prohibitions also apply, it would seem the ascendancy of the home-grown app is simply a matter of them being intuitively easier and more user-friendly for Russian consumers.

From an external commercial point of view, the rise and rise of mobile apps within Russia – and the willingness of users to embrace them as potential payment channels – represents a clear opportunity for accessing the country's consumers on a transactional basis. It's a growing opportunity and one that Hong Kong manufacturers or distributors with an interest in the Russian market would be well advised to factor into their promotional and sales strategies.