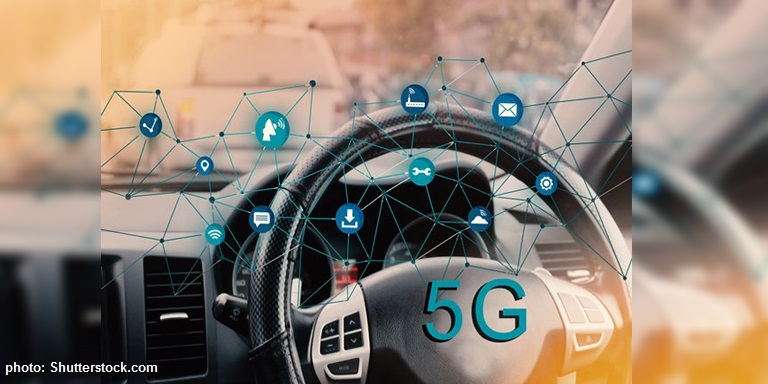 At present, 5G mobile networks are in various stages of development in nearly every industrialised nation. While Mainland China and the United States, the two leaders in 5G technology and development, may be seen as setting the pace, a number of other countries and regions are equally keen to roll out this new, ultra-fast mobile network standard. Among these, Taiwan – with its solid technology base and commitment to digital innovation – is better placed than most when it comes to implementing these much-anticipated protocols.

Over recent years, Taiwan has won international acclaim for its capability in semiconductor manufacturing and design. This has seen a number of its high-tech heavyweights – notably the Taiwan Semiconductor Manufacturing Company (TSMC) and MediaTek – feted as globally significant, cutting-edge manufacturers. As a result, in the early stages of 5G's development, the Third Generation Partnership Project (3GPP), the standards organisation that oversees protocol management in the mobile-telephony sector, invited MediaTek and a number of other Taiwanese companies to participate in the development process.

Accordingly, 3GPP held a working group meeting in Taipei in January this year, an initiative that saw more than 350 representatives from 150 manufacturers – including Intel, AT&T, NTT Docomo and Samsung – descend upon the city. The primary focus of this high-tech assembly was the revision of first-generation standards and the enhancement of 5G standards, with the event widely seen as an important milestone in the ongoing refinement and approval of the technology.

With 3GPP's work all but complete, many of Taiwan's high-tech businesses have begun to prepare for the arrival of commercial 5G use by building the required infrastructure and commencing research and development with regard to the appropriate terminal devices. This has seen an industry-government-academia nexus emerge, a partnership that is now drawing up a roadmap for 5G adoption across the territory.

At present, two separate Taiwan-based teams are working on priority 5G pilot projects. The first, the Taiwan 5G Alliance-CHT Pilot Team, was established in January last year and includes representatives of the Ministry of Economic Affairs (MoEA) and a number of the territory's research institutions, including the Industrial Technology Research Institute (ITRI) and the Institute for Information Industry. The team also has 45 corporate members, most notably MediaTek, High Tech Computer Corp and Quanta Computer. Essentially, its brief is to ensure the groundwork is in place for the launch of several commercial 5G networks during 2020.

At its annual general meeting in April this year, it showcased the 5G capabilities of a selection of the leading Taiwanese players in the sector. Following the conclusion of the more formal proceedings, the team held its first demonstration of 5G functionality at the Taiwan Music Centre. They saw 5G technology paired with a number of innovative applications, allowing concert performances to be linked from several different venues as a way of highlighting how the new protocol could transform and extend real-world experiences.

While the base stations used in the demonstration were supplied by international telecoms equipment manufacturers, the terminal equipment – including the small cells and virtual reality (VR) headsets – all came courtesy of local manufacturers. Due to this unique collaboration, attendees were treated to multi-angle viewing of a major concert, while the VR technology offered a level of performer-audience interaction few had ever experienced.

The second 5G pilot team was formed by Far EasTone Telecommunications (FET), Taiwan's second-largest telecoms firm, in December last year with a specific remit to focus on autonomous vehicles and Internet of Vehicles (IoV) applications. It has 26 corporate and institutional members, including the ITRI, the Taiwan Electrical and Electronic Manufacturers' Association (TEEMA), Quanta Computer, Mitac Computer, Taiwan Ericsson and Taiwan Nokia. Ultimately, it is hoped that the team will establish a proprietary 5G IoV innovation base and an IoV industry chain.

This is in line with the industry-wide consensus that 5G's ultra-high transmission speeds will transform a number of sectors, including autonomous vehicles, IoV, the Industrial Internet of Things (IIoT), VR, augmented reality (AR) and artificial intelligence (AI). As Taiwan has a well-developed auto-electronics industry, IoV and autonomous vehicle-related technology are expected to play prominent roles in the future of its high-tech industrial base.

For its part, FET was the first Taiwanese company to sign-up as a member of the 5G Automotive Association (5GAA). According to General Manager Li Bin, this will see the company play a key role in testing and evaluating Cellular Vehicle of Everything (C-V2X) technology at several sites across Taiwan, including Banqiao, Tamsui and Shalun city.

While telecoms operators have concentrated on the construction of 5G network infrastructure and acceptance testing, Taiwan's information industry has been looking at how best to capitalise on the possibilities opened up by this new standard. To that end, the MoEA's 5G Office recently announced that the ITRI and the Institute for Information Industry will be working with several leading local manufacturers, including Quanta, Sercomm, Advantech and Unizyx, on the establishment of a 5G systems integration working group, which they hope to have up and running by November.

According to an MoEA spokesperson, while start-up and software companies will provide the majority of the required 5G system interfaces, it is incumbent upon the government to put in place networks and open platforms suitable for trialling different business models and technological innovations. It is hoped that this will ensure that any new technology devised by start-ups, as well as other businesses, can be rapidly tested and approved. At the same time, the government is also looking to make sure that sufficient state funding and facilities are in place to ensure there is a pool of properly trained personnel available for this nascent sector.

Much of this activity is expected to be detailed in the Executive Yuan's (the Taiwan government’s executive branch) soon-to-be-issued 5G Development Action Plan. This should outline plans to invest NT$20 billion (US$643 million) over the next three years in experimental sites, innovative/entrepreneurial 5G applications, tax credits and other designated incentives.

The government's commitment follows official estimates that the arrival of 5G will see the value of the associated industries soar to NT$100 billion within two years of the full commercial implementation of the technology. At present, 2021 is seen as the year when this growth will start to kick in.

In the pre-commercial stage of 5G, public interest is expected to be largely focused on the consumer electronics sector, particularly with regard to the new and faster generation of smartphones that will be available. Indeed, many industry players are pinning their hopes on 5G as a way of rebooting Taiwan's currently becalmed smartphone market.

According to the Institute for Information Industry, it is expected that many of the major brands – including Samsung, Huawei and Xiaomi – will start producing a significant number of 5G-compatible smartphones over the second half of this year. Overall, it is estimated that some 3.72 million 5G-ready smartphones will be produced this year, representing just 0.3% of total smartphone manufacture for 2019.