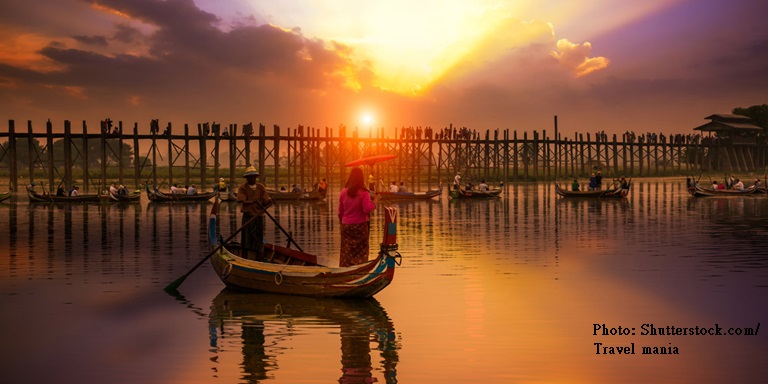 The benefits Myanmar could receive as a consequence of China's Belt and Road Initiative are potentially massive, not least because of its strategic location. The country sits between southern China and the massive markets of Bangladesh and India. Myanmar also has ports in the Bay of Bengal, which – if they were to be made more accessible – could offer China substantially shorter shipping routes to the West. Myanmar is also rich in raw materials – oil, gas and hydropower – all of which are in relatively short supply in China.

In 1999, the idea of a Bangladesh-China-India-Myanmar (BCIM) Economic Corridor was first mooted, but it was not until 2013 that all four nations truly embraced the project. Last August, an official statement reaffirmed the country’s commitment to the project following a state visit to China by Aung San Suu Kyi, Myanmar's State Counsellor. Unequivocally committing her country to the project, the statement read: "Myanmar welcomes China's Belt and Road Initiative and the move to establish the Bangladesh-China-India-Myanmar Economic Corridor."

The BCIM is a multi-modal, 2,000-kilometre infrastructure project designed to link the southern Chinese city of Kunming with Mandalay, one of Myanmar's key economic hubs. Along the way, it would run through Dhaka, the capital of Bangladesh, before ultimately terminating in Kolkata, India's second-largest city.

While the project is still at the planning stage, Myanmar is expected to benefit immensely from the enhanced regional connectivity. Set at the veritable crossroads of India's “Look East” and China's “Go West” policies, Myanmar is the gateway to a staggering 2.3 billion potential consumers in its neighbouring countries. There is even the possibility of luring substantial trade away from Singapore as China looks to implement trade and energy routes beyond the Strait of Malacca.

"Myanmar … is about to totally change the logistics balance that has dominated East-West trade for the past 40 years.”

"Myanmar – together with what is happening in Europe and in Baku [the capital of Azerbaijan] – is about to totally change the logistics balance that has dominated East-West trade for the past 40 years,” said Andre Wheeler, Chief Executive of Asia Pacific Connex, an Asia-Pacific-based specialist oil and gas consultancy. “It will allow manufacturers in once-isolated, low-cost production areas to access rail links for the first time. Studies have already shown that rail freight will be considerably cheaper than using the existing maritime routes."

It’s a sentiment shared by Mark Rathbone, Asia-Pacific Capital Projects and Infrastructure Leader for PwC Singapore. "Myanmar's geographical proximity to Kunming could also contribute to its shipping business. The Yunnan capital would be able to use Myanmar's existing ports to transport goods to Africa and the Middle East."

The big “if,” however, is the country's lack of infrastructure and the financial resources required to implement any required upgrade. In 2015, the United Nations Economic and Social Commission for Asia and the Pacific (ESCAP) deemed Myanmar to have the largest infrastructure deficit in the region, while The World Economic Forum ranked Myanmar 141 out of 148 countries in its 2013-2014 Global Competitiveness Report. In 2015, only 38.9 per cent of the country's roads were paved, while its overall road density was among the lowest in the region.

Historically, China was Myanmar's largest investor during its years of international isolation, supporting several strategic infrastructure projects, including oil and gas pipelines, ports and dams. Since the country began opening up in 2010, investment has accelerated.

In the 2015-2016 period, the country received US$9.4 billion in FDI, US$8 billion in 2014-2015, and US$4.1 billion in 2013-2014. In the past fiscal year, the oil and gas sector attracted the biggest investment, followed by transport and communications, and manufacturing. Singapore topped the list of foreign investors, having provided US$4.3 billion across 55 projects. China, Myanmar's biggest trading partner, was in second place, having invested US$3.3 billion.

These sizable sums, however, represent only a fraction of what is truly required, according to ESCAP. The country's largest cities, for instance, require an investment of US$146 billion until 2030 just to meet the infrastructure requirements of their existing populations and expected new arrivals. According to figures from the Asian Development Bank, the country still needs to find US$80 billion if it is to meet its 2030 development targets.

Projects in the Pipeline

Among the major projects already under development is Hanthawaddy International Airport, one of the country’s most ambitious infrastructure projects. When completed, it will be Myanmar's largest airport, replacing Yangon Mingalardon Airport as the primary gateway to the country. Changi Airport Group, a Singaporean consortium, has won the US$1.5 billion bid to implement the first phase, with the Myanmese government securing a 40-year loan from the Japanese government to fund the project.

In terms of the country's other priority projects, the Dawei Deep Sea Port and Special Economic Zone is envisioned as Myanmar's largest industrial and trade zone. Thailand is a major partner in the project and the Japanese government has again shown interest in providing financing.

Another major initiative is the Myitsone Dam, a US$3.6 billion hydroelectric power project located at the junction of the Mali and N'Mai rivers and the source of the Irrawaddy River. Once completed, the dam will form part of the Myitsone Hydroelectric Project and will be the largest of seven dams planned along the rivers, with a joint installed capacity of 13,360 megawatts.

The dam is expected to be completed in 2019 and will be the world’s 15th-largest hydropower station. The project has been undertaken by Upstream Ayeyawady Confluence Basin Hydropower, a joint venture between the China Power Investment Corporation, the Asia World Company of Burma and Myanmar's Ministry of Electric Power.