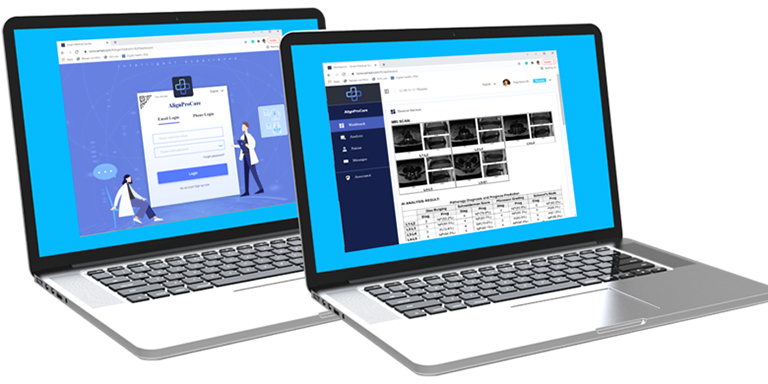 Hong Kong-based entrepreneurs have taken on the entire treatment funnel to straighten crooked backs and help manage back pain.

Noting that healthcare solutions often serve a small segment of the treatment cycle, such as diagnosis, CoNova Technology resolved to offer solutions that span the entire treatment funnel – from screening an entire population to intensive treatment for the worst-afflicted sufferers.

The health-tech start-up focuses on bone-related disorders and is starting with scoliosis – abnormal curvature of the spine which leads to a “hunchback” and related problems.

Out of the population, 2-5% are found to have some degree of scoliosis, she said. Of these, the vast majority – more than 90% – can be treated without surgery through such measures as torso braces and exercise routines.

Of those with scoliosis, just 5-10% need surgical intervention, which is the fourth level of the funnel CoNova deals with. Scoliosis is corrected by inserting thick pedicle screws, made of specially coated brass, into the vertebrae and adjacent to the spinal canal to correct the shape. On aggregate, less than one in 1,000 children in the population will need surgical correction for scoliosis.

Spine surgery is one of the most complex areas of treatment, and is where CoNova’s AI applications kick in.

Dr Zhang said for the spine, alignment is critical. Using the AI system developed by CoNova, doctors take pictures of a patient’s back and load these into the system. Aided by a database of 5,000 picture-X-ray combinations, the system builds a three-dimensional model of the spine to analyse the alignment. Surgeons and CoNova work together, using this model, to plan and carry out the treatment.

The 3D model can be further used for the design of the patient-specific bracing to achieve better fitting and improved patient compliance in the non-surgical management process.

For cases that may need further treatment, radiographic images are taken and CoNova can analyse the images using a validated AI model. The average error of measuring the alignments is less than 1 degree.

The final treatment stage for CoNova is post-operative care. With young patients the treatment has to be regularly assessed and screws adjusted to accommodate growth and maintain the correct spine curvature. CoNova invented the OI-GPS to track the accurate elongations of the implants inside the patients without radio exposure.

Explaining the advantage of addressing the entire treatment funnel, Dr Zhang said there are no one-size-fits-all treatments for bone disorders such as scoliosis – people all have different shapes. Working on the entire process allows for truly personalised care.

She hoped the system would bring high-level treatment within reach of people in second- and third-tier cities in Mainland China since such facilities are generally limited to very big cities at present.

CoNova’s AI engineer Tony Kuang said he had previously worked for a medical-devices manufacturer in the Netherlands but was frustrated by not being able to witness the devices at work and struggled with data scarcity. Knowing that many of the products were not actually applied because they had been developed with little consultation of end-user surgeons, and lack of multi-dimensional data of patients, were other frustrations.

Mr Kuang co-developed the AI solution which builds 3D models of the spine and back based on photographs of the patient. The AI then recommends the best solution for bracing designs. He also leads the team for multi-tissue 3D spine modelling for surgical planning and navigation.

Dr Zhang said many children remain susceptible to bone disorders, despite improvements in diet and general health, because of a lack of exercise – physical activity strengthens bones. Excessive dieting to achieve a skinny look, among both girls and boys, is another issue, especially in Asia. A reluctance to go outside in sunlight, to avoid tanning the skin, can also lead to vitamin D deficiency that can increase the risk of bone disorders later.

After rolling out the scoliosis system, Dr Zhang said CoNova would move on to other bone disorders such as trauma (fracture) and joint-related disorders as alignment is also critical in these fields.

CoNova was an exhibitor at the inaugural Asia Summit on Global Health in Hong Kong in November, organised by the Hong Kong Trade Development Council (HKTDC) and the Hong Kong Special Administrative Region Government. Dr Zhang said the company’s stand at the show’s exhibition had been fruitful, with two venture capitalists approaching them about possible pre-A financing. She said the firm may attend other HKTDC events such as the Start-up Express entrepreneurship programme.