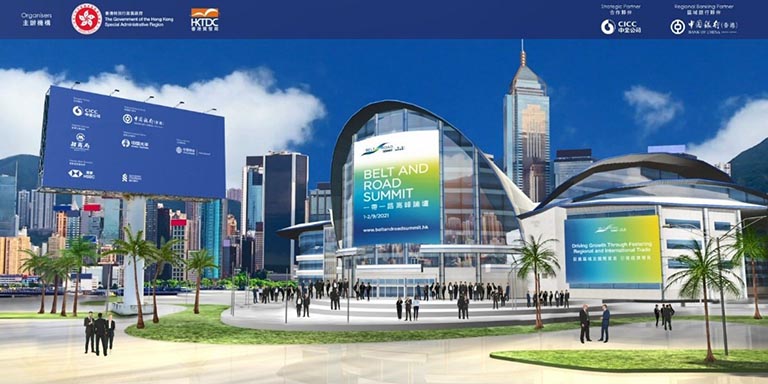 Belt and Road pivots on GBA

Hong Kong has a vital role to play in applying the strengths of the Greater Bay Area to the gigantic Belt and Road project.

As all the items tossed into the sky by the global COVID-19 pandemic settled back to earth, the world took on a new shape. The shake-up has accentuated the need for global economic cooperation, putting the spotlight on such international collaboration programmes as the Belt and Road Initiative, which is supported by an economic growth engine -- the Guangdong-Hong Kong-Macao Greater Bay Area (GBA).

With the complementary strengths of its 11 cities and US$1.7 trillion economy, the Greater Bay Area serves as a mainstay for the Belt and Road Initiative. And Hong Kong, with its long-standing role as a link between Mainland China and the rest of the world, is the pivot between the Greater Bay Area and the global cooperation project.

The Greater Bay Area comprises Hong Kong, Macao and nine cities in the mainland’s Guangdong province, with a population of more than 86 million.

“Hong Kong and the rest of the Greater Bay Area have become a major economic entity, with a combined gross domestic product (GDP) of about US$1.7 trillion, equivalent to the 10th largest economic region in the world,” said plenary moderator Victor Fung, Group Chairman of Fung Group.

Linking GBA and Belt and Road

A panellist, Sun Yu, Vice Chairman and Chief Executive of Bank of China (Hong Kong), said that while the Belt and Road Initiative was proposed by China, it would benefit the entire world.

Hong Kong, located in the centre of the GBA and as an international hub equipped with unique advantages in terms of financial markets, talent, business environment, and geography, can connect the GBA to Southeast Asia – an important part of the Belt and Road -- and the rest of the world, he said.

Mr Sun’s remark was echoed by Jack So, Chairman of the Airport Authority Hong Kong. He said Hong Kong, as the most open and international of the 11 GBA cities, plays the role of connecting the Greater Bay Area with the rest of the world.
Hong Kong International Airport (HKIA) had been tapping into the Greater Bay Area market for many years and would continue to increase its presence there, such as by building an air cargo centre in Dongguan, Mr So shared.

Last December, the Airport Authority announced plans to set up an HKIA Logistics Park in Dongguan and an airside intermodal cargo handling facility at HKIA. Upon completion of the facilities, the customs clearance, security screening, palletisation and cargo acceptance for mainland exports could be completed in Dongguan before being shipped by sea to HKIA’s cargo handling facility for air trans-shipment to worldwide destinations. On the other hand, imports to the mainland could be directly shipped from HKIA to Dongguan.

“Another example is that along with building the third runway to expand HKIA, we are building what we call Airport City, which is a collection of commercial activities, including retail, dining, games, and hotels, which will become a focal point for both international travellers and residents of the GBA,,” he added.

The Greater Bay Area includes the mainland city of Shenzhen, which adjoins Hong Kong. Further integration of the two cities would be “very important” for the GBA, said Wang Shi, Honorary Chairman and Founder of property giant Vanke Co, Ltd and Chairman of the Shenzhen Foundation for International Exchange and Cooperation.

“I believe Shenzhen represents manufacturing, as well as a hinterland for the new economies in China,” he said. Shenzhen has many new industries that need high-calibre talent, which can be provided by Hong Kong with its world-class universities and well-educated young people, noted Mr Wang.

Shenzhen could also learn from Hong Kong in terms of management, he added.

In finance, he said, Hong Kong’s financial position cannot be challenged by Shenzhen or any other mainland city.