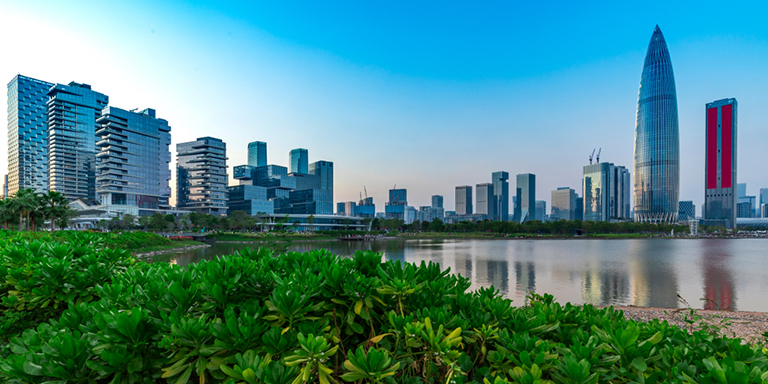 COVID-19 has swept the world in the past year. Being able to make clinical diagnoses quickly and accurately is of crucial importance in combating the increasing threat of infectious diseases. Sanwa BioTech is a local biotech start‑up founded in 2012. Making use of disposable microfluidic “Lab‑on‑Chip” (LOC) technologies and portable and rapid-testing instrument, it has developed a rapid virus testing device that helps shorten the waiting process and reduces the overwhelming workload of laboratory staff. Sanwa’s Chief Executive Officer Kelvin Chiu shared with the Hong Kong Trade Development Council Hong Kong’s experience in developing biotech and his views on the local start‑up ecosystem. He is happy to see the policy support extended to biotech start‑ups at every stage of their development and hopes their successful experience can be replicated in other fields of innovation and technology to boost the growth of the local start‑up ecosystem.

The self‑contained LOC diagnostic platforms developed by Sanwa can diagnose many infectious diseases and produce test results with an accuracy up to laboratory standards within a short time. During the avian influenza outbreak in 2014, Sanwa worked with government‑funded Nano and Advanced Materials Institute (NAMI) to help the Customs and Excise Department conduct rapid testing of the Influenza A virus subtype H7N9 on imported chicken at ports of entry within 12 minutes. This successful experience gave Sanwa the chance to attract more talents and investors and subsequently win international awards, including the Gold Award with Jury Recognition and Prize of the National Authority for Science Research and Innovation Romania at the 44th Inventions Geneva in 2016. The company was ISO 13485 accredited in 2018. Today, Sanwa is focusing on research commercialisation, and has completed most of its clinical tests, which it plans to market to clinics, hospitals and homes for the elderly in Hong Kong this year.

Mr Chiu is positive about the development of biotech in Hong Kong amid the pandemic, saying: “People will be more health‑conscious. Moreover, with an aging population and with the frequent outbreaks of increasingly serious infectious diseases, the development of infectious‑disease prevention solutions and health products will be a main direction for the future development of biotech in Hong Kong. Sanwa’s multi‑target “Point‑of‑Care” Testing (POCT) device can deliver fast and accurate diagnostics for faster and more efficient clinical decisions. This will be of assistance to frontline healthcare workers in the rapid triage of patients and ease some of the burdens of the overloaded healthcare system.”

Biotech research and development require huge investment. Sanwa has already spent tens of millions of Hong Kong dollars on research since its establishment. Mr Chiu attributed his company’s success to ample capital. On the one hand, it has the support of earnings from other businesses of its parent company. Outside investors have also contributed millions of US dollars to the company since 2015. In addition, Sanwa has received millions of Hong Kong dollars of grants from the Hong Kong Special Administrative Region Government at different stages of its growth, including from the Innovation and Technology Support Programme, the Patent Application Grant, the Dedicated Fund on Branding, Upgrading and Domestic Sales and the Enterprise Support Scheme. It has recently successfully applied for HK$50 million from the Re-industrialisation Funding Scheme to fund its soon‑to‑open factory in the Advanced Manufacturing Centre of the Tseung Kwan O Industrial Estate in the south-eastern New Territories.

Mr Chiu cited talent as another crucial factor of Sanwa’s success, explaining: “Our team members come from all parts of the world. More than half of them hold master’s or higher degrees and have considerable knowledge and experience in the fields of medicine and technology. Our common vision is to build a platform for doctors and the community to cope with the increasing threat of global pandemics.” As Hong Kong has a shortage of diagnostic and healthcare solution experts, and most local graduates hope to join big companies, Sanwa needs to recruit talents from abroad, such as Southeast Asia. It is planning to expand its recruitment for the Tseung Kwan O factory and sees this as its immediate challenge.

Sanwa attaches importance to cultural assimilation and is adept at making good use of global networks and resources to develop its business. For example, its Chief Information Security Officer comes from France and understands the development of the biotech industry there. Since the cost of hiring innovation and technology talents in France (such as post‑doctoral research fellows and scientists) is lower than that of Hong Kong and Sanwa has a lot of working partners in countries such as Germany, Portugal and France, the company has set up a research and development (R&D) centre in France. In Mr Chiu’s opinion, the Hong Kong market is too small, so its start‑ups must make good use of overseas resources and seek suitable markets and R&D bases to achieve further development.

Looking back over the development of Hong Kong’s start‑up ecosystem in the past decade, Mr Chiu said: “In the beginning, government funding and assistance for start‑ups are restricted to particular stages of their development. However, start‑ups have different needs in different development stages and the government should integrate and co‑ordinate different resources in a timely manner. Through the accumulation of experience over the years, we can see that the government’s direction for supporting the local start‑up ecosystem is gradually taking shape.” For biotech start‑ups, there is policy support for every stage of their development from start‑ups to small and medium‑sized enterprises and ultimately to the profit‑making stage.

Sanwa co‑operated with NAMI on an applied R&D project in its seed stage and received a grant of HK$1 million under the Innovation and Technology Support Programme. Sanwa has always been a front‑runner of innovation and technology in Hong Kong and has offered advice to the Hong Kong government from time to time. When the Hong Kong Stock Exchange reviewed the listing conditions of biotech companies, Sanwa was used as one of its references. Mr Chiu hopes that Hong Kong’s success in promoting the development of biotech can be replicated in other fields of innovation and technology, such as artificial intelligence and cloud computing, to promote a start‑up ecosystem boom.

Funding support is of crucial importance for biotech companies and Sanwa has benefitted from different funding schemes. When it applied for funding under the Enterprise Support Scheme a few years ago, the whole application process ran for 30 months due to transfers of government officials and other reasons, resulting in miscalculations in its business and reserve plans. Since then, Sanwa makes careful considerations before applying for funding. Mr Chiu is happy to see that things are changing for the better – it took just six months to apply for funds from the Re-industrialisation Funding Scheme some time ago. In short, he hopes the government would appoint designated teams to comprehensively ascertain the social benefits of start‑ups in Hong Kong, formulate a comprehensive set of policies to support the development of the local start‑up ecosystem, and promote communication between government and industry to prevent resource mismatch.

Mr Chiu is quite optimistic about the development of the Greater Bay Area, which he believes will be the recipient of huge funds in the next 10 to 20 years. With an economic scale rivalling Silicon Valley, Greater Bay Area centres outside Hong Kong will become the ideal base for Hong Kong companies venturing into the mainland market. Sanwa already has an R&D department in Shenzhen and will decide on its future direction of development in Mainland China once Shenzhen and Hong Kong have launched their respective policies for the Lok Ma Chau Loop, a greenfield site on the boundary between the two centres. Sanwa is co‑operating with mainland universities on projects relating to the health and quarantine of edible animals and hopes that R&D and production can soon begin on the mainland.

According to Mr Chiu’s experience, a major advantage of developing in other Greater Bay Area venues is low operating costs. The mainland is rich in resources and rent is cheaper than in Hong Kong. However, there are risk factors that have to be taken into account, such as the ability of the industrial park management teams, the stability of factory power and backup supply, typhoon arrangements, and whether or not the dust‑free workshops are up to standard. In terms of labour supply, Hong Kong is better able to attract overseas talents with global vision than other Greater Bay Area cities, but the cost of hiring management personnel on the mainland is generally lower. Yet the fact that mainland healthcare companies are willing to offer handsome pay to biotech talents means Hong Kong biotech start‑ups may not necessarily be able to reduce human‑resources costs by moving to other parts of the Greater Bay Area. For companies exporting products to the Belt and Road countries, those in the Greater Bay Area may be able to benefit from some of the tax benefits offered.

Mr Chiu pointed out that there may be teething problems within the “9+2” (nine Guangdong cities plus the Hong Kong and Macao special administrative regions) city conglomeration in the early stage of development of the Greater Bay Area and many companies may go under for failing to adapt to market changes. Sanwa plans at this stage to have Hong Kong as its base and take a more conservative approach towards the Greater Bay Area. He further noted that the current global political situation is affecting Sanwa’s future direction more than other market developments, explaining: “Hong Kong remains the ideal location for developing business with Southeast Asia and the world. However, if the China‑United States trade war worsens, Sanwa may have to shift its production lines to Southeast Asian countries to steer clear of political risks.”