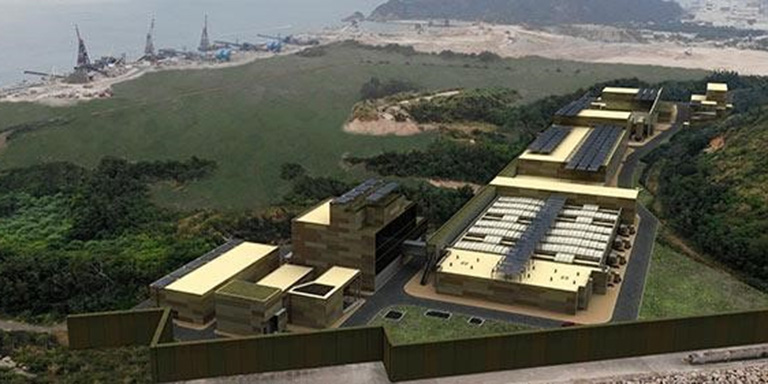 Acciona’s corporate slogan – “business as unusual” – could have been designed for times like these, as economies across the globe reel from the global COVID‑19 pandemic.

And as companies everywhere consider what life will be like when the world emerges from an unprecedented global health emergency, Acciona, a Spanish sustainable infrastructure firm, is working on a strategy for expansion into the Guangdong-Hong Kong-Macao Greater Bay Area, one that builds on the solid foundation it has put down in Hong Kong.

With a business model rooted in sustainability, the company aims to respond to the needs of individual societies through the provision of renewable energy, infrastructure, water and services. In the case of Hong Kong, it offers a cost‑effective solution to the city’s long‑term headache – a shortage of fresh water.

As is the case elsewhere in the world, a reliable supply of fresh water is of paramount importance for sustaining Hong Kong’s development and economic growth. However, the city’s water sources face various challenges, including increasing local water demand driven by economic and population growth, extreme weather and droughts as a result of climate change, and competition for water resources from the rapid economic development of the Pearl River Delta Area.

Acciona’s first project in Hong Kong came in 1993 when it was involved in the construction of the 1,177‑metre long Ting Kau Bridge – one of the longest cable‑stayed bridges in the world – which was completed in 1998. Since then, it has undertaken a number of other landmark Hong Kong projects, such as Kowloon station – among the largest in Asia – and the Kam Sheung Road station, the Lai Chi Kok viaduct, and a number of infrastructure developments for the KCRC (now part of the MTR), including the Ma On Shan line.

Mr Cerezo believes that this major Hong Kong project showcases Acciona’s ability to create sustainable infrastructure tailored for the requirements of end users wherever they may be.

“This latest project in Hong Kong – and the previous major developments we have been involved in here – will serve as proof to provincial governments and investors alike across the Greater Bay Area that, when it comes to creating the sustainable, efficient and durable infrastructure that any economy needs to succeed, Acciona has the experience and the solutions that are required, across the board,” Mr Cerezo said.

The Greater Bay Area initiative aims to create a Pearl River Delta powerhouse that links the Hong Kong and Macao SARs with nine Guangdong cities. The transformation of the region – which encompasses a massive market of 70 million potential customers with a combined gross domestic product (GDP) of US$1.6 trillion – is part of a global vision connected to China’s bold aim of creating an inter‑linked world through its wider Belt and Road Initiative, which aims to establish long‑lasting economic ties with both the country’s closest neighbours and the wider world.

In January this year (2020), Acciona, which has a presence in 40 countries on five continents around the world, was appointed as a key member of the consortium that will design, build, manage and maintain Hong Kong’s new and largest water desalination plant in the city’s Tseung Kwan O district – a coastal area in the western New Territories.

Utilising the insights gained from a related pilot project, in 1973, Hong Kong officially embarked on constructing what was then the world’s largest desalination plant – the Tuen Mun‑based Lok On Pai Desalter. During the major drought of 1977, the Desalter swung into full operation. Back then, though, desalination was something of an expensive process. The costs soared again in the early 1980s on account of the global oil crisis, prompting the government to finally close down the Desalter in 1982.

Thanks to the technological advances over the intervening years, the new Tseung Kwan O plant, when it becomes operational in 2023, will provide 12.5% of Hong Kong’s total water requirements. According to Mr Cerezo, the plant is also being constructed in such a way that its capacity can be doubled in the future. The reverse osmosis technology used in its desalination process has also been widely acknowledged as the most advanced and effective way of producing drinking water.

Design and construction work on the plant has already started. When up and running, its initial output will be 135,000 cubic metres of water per day. Acciona’s has the contract to run the plant for 10 years, with the possibility of a five‑year extension.

“The TKO plant will supply 12.5% of the total water demand in Hong Kong, so to meet the total demand for water in the city, you would need to build seven or eight similar plants. Part of the masterplan for the plant is that we can double that 12.5% figure at some point in the future,” Mr Cerezo said.

On top of Acciona’s core operating mission of delivering environmentally friendly sustainability, the company also believes in designing and building the kind of infrastructure that is both durable and ideally suited to the needs of its diverse customer base.

“In our research and development unit in Spain, we have a team of 40 people dedicated to exploring both the most efficient ways of operating a desalination system and how to offer specific, tailor‑made solutions to the end users of our technology,” said Mr Cerezo, adding that long‑term sustainability is at the very core of everything the company does.

In general, Acciona’s goal is to help lead the transition towards a low‑carbon global economy. To this end, all its projects feature quality criteria and innovation processes intended to optimise the use of resources and ensure respect for the environment. The company has been carbon neutral since 2016, offsetting any CO2 emissions that it cannot reduce.

Significantly, those principles are being increasingly applied in Asia. Last year (2019), Acciona was awarded the contract to not only design and build the Nhieu Loc Thi Nghe wastewater treatment plant in Vietnam’s largest city, Ho Chi Minh, but also to operate and maintain it for five years, with, as in Hong Kong, the possibility of a five‑year extension. More recently, the 150‑million‑litres‑a‑day (150,000 cubic metres per day) brackish water plant at Laguna Lake – the largest inland body of water in the Philippines – was signed off on 14 February this year.

In 2016, it was awarded a contract for the Putatan 2 brackish drinking water plant in Muntinlupa, south of Manila, the Philippines capital. This plant will serve a population of six million. In addition, in 2017, the company won the contract to build a cable‑stayed bridge in Cebu, also in The Philippines, a project worth some US$400 million.