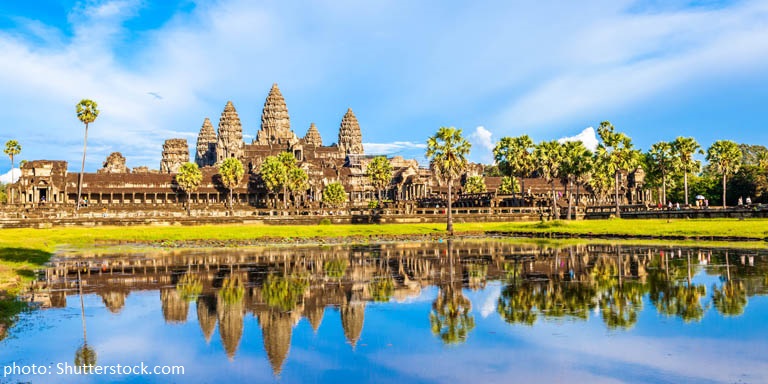 Chocks away on Siem Reap’s Belt and Road airport

Tourism development initiatives continue apace despite the impact of COVID-19 on visitor tallies.

In a desperate bid to bolster the country's ailing tourism sector, the Cambodian government has announced that all owners of hotels or guesthouses in the Siem Reap region will be exempt from paying tax until May this year. The move is one of a raft of measures adopted to help the hospitality sector, which has been sent reeling by the impact of the coronavirus.

As the location of both the country's leading tourist attraction – the Angkor Wat temple complex – and Cambodia's busiest international airport, Siem Reap is particularly vulnerable to the sharp decline in visitor numbers due to the epidemic. Indeed, as concern over the spread of the virus has increased, the number of tourists visiting Cambodia has dropped 60%, while the number arriving from Mainland China is down a massive 90%.

This dramatic downturn has unfortunately coincided with a major period of investment into Cambodia's tourism infrastructure, much of it undertaken on the back of financial support from the mainland through the Belt and Road Initiative, the country's ambitious international infrastructure development and trade facilitation programme. Clearly not wholly daunted by recent events, however, Tith Chantha, Cambodia's Secretary of State at the Ministry of Tourism, remained upbeat, saying: “We are confident that the current epidemic will be at an end within the next four to five months. After that, we expect the number of overseas tourists coming to Cambodia to increase by between 200% and 300%.”

In anticipation of that surge in demand, the country has announced plans to develop two new major international airports – one to serve Phnom Penh, the national capital, and another to replace the existing – and somewhat sub-standard – Siem Reap Airport. In the case of the latter, the new facility – Siem Reap Angkor International Airport – will be located 51 kilometres to the southeast of downtown Siem Reap and 40km from the Angkor Archaeological Park.

Taking offThe reasons behind this substantial upgrade are fairly straightforward. With only one runway the existing airport is unable to scale up to meet increasing demand, while it is also said to be just too close to the Angkor temple. This, according to local archaeological staff, means that vibrations caused by the ever-increasing number of international jets landing and taking off could well be doing untold damage to the foundations and structure of the 900-year-old temple complex.

In August 2017, a deal to fund the new airport was signed between the Cambodian government and Yunnan Investment Holdings, a Kunming-headquartered, state-owned multisector conglomerate. This led to the establishment of Angkor International Airport Investment (Cambodia) as a joint-venture vehicle and the holder of a 55-year build-operate-transfer (BOT) concession with regard to the new facility.

The plan is to develop the airport across a 700-hectare site in three phases at a cost of about US$880 million. The completion of the first phase will see the airport have the capacity to handle seven million passengers annually, which will rise to 10 million once the second phase comes online – more than double the maximum throughput of the current airport. The completion of the second phase will also see the airport able to service Boeing 737s and Airbus A320s, classes of aircraft that are too large for the existing facility.

As well as the earmarked 700-hectare site, an adjoining 1,000 hectares has been reserved for the development of a Special Economic Zone. Plans are also in place to build a number of ancillary utilities, including an irrigation system, a series of reservoirs and a flood-prevention system.

Funding for the project was through two huge bond issues in early 2019 – a US$600 million foreign issue and a US$400 million domestic issue. Construction, though, actually began in 2018 and is expected to be completed by 2023 at the latest. In order to help deliver on this, in July 2019, another mainland company – Shanxi Mechanization Construction Group – was awarded a US$42 million contract to build two bespoke sections of the facility.