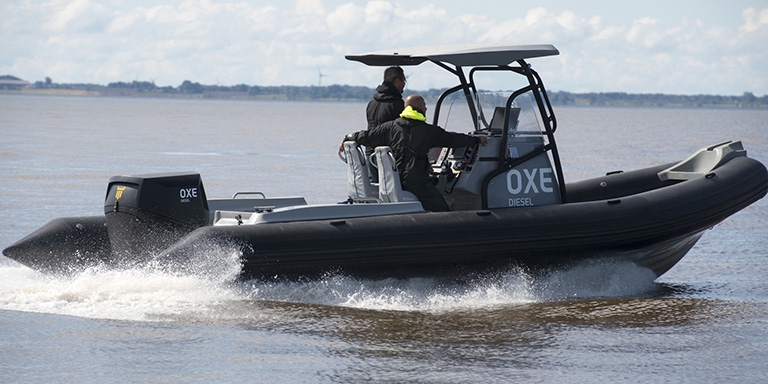 A Swedish maker of vehicle and automation electronics opted for the city as the best way to serve its APAC operations.

“This development enables us to provide closer and more effective support to Kvaser’s Asia-Pacific qualified sales representatives and technical associates, outside Mainland China,” he said.

Kvaser is a global provider of Controller Area Network (CAN) interfaces and data-loggers. CAN, which allows electronic devices to communicate with each other in a highly reliable manner, was developed for the automotive market and can be found in every modern-day car, including the latest electric and autonomous vehicles, according to Mr Fredriksson. However, he added, the technology is widely used in industrial automation, marine, medical and aerospace sectors – all industries where safety-critical operation is needed. For example, Kvaser's interfaces and partner, Accurate Technologies' Vision software, played a key role in development of Cimco Marine Diesel's marine outboard diesel engine (main picture).

“Kvaser's CAN interfaces and data loggers provide a way to connect to a CAN network to monitor, record and analyse this communication,” he said.

“CAN isn't new; it has been used in cars since 1991,” Mr Fredriksson continued. “However, it has evolved considerably and continues to see growing application in everything from autonomous vehicles, to drones to the latest robotic systems. CAN's dependability is the secret behind the engine and brake controls in your car, the flight-state sensors in an aeroplane, the control mechanism in an elevator, X-ray system and even, your coffee machine.”

Asia is “extremely important” to the company, with the region accounting for one-quarter of its business, he said.

Several factors have contributed to the company’s growing opportunities within the region; among them, great staff and great partners, he said. “Also, through our university outreach, which supports the work of students and university teams working on CAN-related projects worldwide, we have witnessed and encouraged increased CAN design-in capabilities. It's capable, well-educated local electronics design engineers that are driving our business today.”

Kvaser (Hong Kong) General Manager Derek Sum agrees that opening an office in Hong Kong underscores Kvaser’s commitment to its partners and customers in the region. “The trend towards automotive electrification and autonomy, as well as increased automation and autonomous operation in the industrial sector, continues to drive many new opportunities for CAN, which we’ll be in a better position to pursue,” he said.

“The biggest Chinese automobile and industrial control companies are Kvaser customers, such as BYD, Shanghai Automotive and Weichai Power,” Mr Sum said. “We are also seeing other industrial sectors such as off-road and automation expanding in the Asia-Pacific region, including Singapore, Vietnam, Thailand, India and Australia.

“We opened the Hong Kong office to more thoroughly support our partners in this region. Recently, we signed up two new partners in Japan and Australia, which is a good indication of the expanding market. A rapid response/support rate within the same time zone is crucial. With a hub in the Asia-Pacific region, we can more effectively allocate resources to support local partners with services such as key customer-site visits, technical training, as well as exhibition and technical conference presence.”

Update on US forced labour legislation