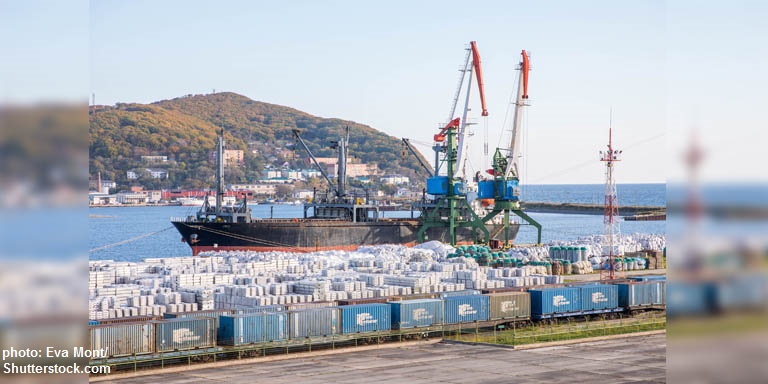 Road and rail links across the Heilongjiang River will help speed up the development on both sides of this formerly peripheral China-Russian frontier.

Two long-awaited bridges are set to be completed this year, connecting Northern China and Eastern Russia. This greater connectivity and partnership between Mainland China and Russia bolster bilateral ties, and signify opportunities for Hong Kong businesses to tap into the potential of the fast-developing Russian Far East. They also significantly expand the two countries’ move to extend the mainland’s Belt and Road Initiative into the region.

The current mainland-Russia economic relations are “the best they have been in their entire history”, Russia’s President Vladimir Putin declared at the most recent Belt and Road Summit in April 2019, Russia Briefing reported. Indeed, bilateral trade between China and Russia reached a record-high US$108 billion in 2018, up from just US$69 billion in 2016. Russia is now the mainland’s largest supplier of oil, and the mainland is Russia’s largest trade partner.

Economic interactions are not confined to Moscow and Beijing but can be seen on the ground in the mainland’s Northeast and Russia’s Far East – where the two countries are in close geographic proximity. These regions have been earmarked as significant sites for closer Sino-Russian cooperation. The two countries signed new blueprint for regional economic cooperation in 2018, to be implemented until 2024, indicating the bilateral commitment to development in these regions. In April 2019, the China-Russia Regional RMB Fund was launched, designed for joint investment projects in the northeastern mainland and Far Eastern Russia; with a target increase of Rmb7 billion (US$1.01 billion), focusing on investment in natural resources, financial services and industrial manufacturing. This year, two important infrastructure links are set to be completed – further enhancing bilateral connectivity and trade.

The Heilongjiang Amur River Bridge, marked for completion in October 2019, will be the first highway bridge connecting Northern China and Eastern Russia, joining the cities of Heihe and Blagoveshchensk. The Mayor of Blagoveshchensk Valentina Kalita noted that the bridge’s long-awaited completion means stable and consistent transport throughout the year, enhancing opportunities for trade and tourism.

The two cities are separated by the 750-metre-wide Heilongjiang (Amur) River. Crossings of cargo and people are highly weather-dependent at present. Passengers ride by ferry or hovercraft, depending on the season. Official estimates predict a 10-fold increase in cargo, a doubling of passenger numbers and trade routes expanding beyond the port cities. Heihe is already the site of an important industrial park and processing port, seen as one of the most convenient ports of trade with Russia; the bridge has been slated as the missing link. This river bridge will bolster confidence in large-scale, joint infrastructure projects and further mainland interest and investment in the Russian Far East, under the Belt and Road Initiative umbrella.

Further south the Tongjiang-Nizhneleninskoye Rail Bridge, set to open in December 2019, will be the first rail bridge connecting the mainland and Russia – and will mark major transport corridor for the northeastern mainland and Russia’s Far East. The bridge will span more than 2,000 metres and serve as an international goods transport channel. Officials expect about 21 million tonnes of freight to be transported annually, carrying goods including lumber, iron ore and fertiliser, Moscow Times reported. A timber importer based in Tongjiang told Xinhua that the bridge will allow imports “all through the year and to reduce transport costs by 100 yuan per cubic metre of timber”.

The current trend is greater access, connectivity and partnership between the mainland and Russia under the Belt and Road Initiative – highlighted by the completion of these two bridges and other significant cross-border infrastructure projects. The development of the Zarubino Port on the coast (main picture) – between Vladivostok and the Tumen River, where the mainland, Russia and North Korea join – in conjunction with the Binhai 2 international transport corridor and the Primorye 1 and 2 transport routes signal a commitment to develop greater transport capacity.

In these Belt and Road projects, Russia’s Far Eastern Federal District (FEFD) plays an important role. The FEFD, declared as Russia’s “national priority for the century”, spans from Blagoveshchensk in the Amur Oblast, on south to Nizhneleninskoye in the Jewish Autonomous Region and then down to the eastern seafront province of Primorsky Krai, home to the district’s capital Vladivostok. As the region opens to foreign investment with a focus on Asia, Hong Kong can leverage its expertise in financial, advisory and other services to tap into the region’s under-utilised potential. The FEFD boasts a vast portfolio of land and natural resources, including oil, timber and precious minerals; in addition to tax and labour incentives and designated investment zones, the Advanced Special Economic Zones (ASEZs) and the Free Port of Vladivostok (FPV).

The e-commerce, tourism and hospitality industries are other fast-growing sectors with great potential for cooperation and growth. For example, the FEFD boasts the Primorye Integrated Economic Zone (IEZ), home to Tigre de Cristal, developed by Hong Kong-listed Summit Ascent Holdings. Naga Vladivostok, a US$350 million integrated resort developed by Hong Kong-listed NagaCorp could go into operation by 2020, the firm has announced. Planned developments include theme parks, waterparks and ski areas. The number of Asian holidaymakers visiting Vladivostok has increased in recent years, including significant numbers from the mainland and Hong Kong. The natural beauty of the FEFD region remains largely untapped. Tourist draws in the region range from Lake Baikal in Siberia, the world’s largest freshwater lake, to the volcanoes of the Kamchatka Peninsula.

Former mainland diplomat Wang Yiwei noted to the Moscow Times: “Russia is very important for the Belt and Road, you need its cooperation to achieve success with Eurasian countries.”

The cooperation between the mainland and Russia in infrastructure and cross-border projects presents Hong Kong businesses with another opportunity.