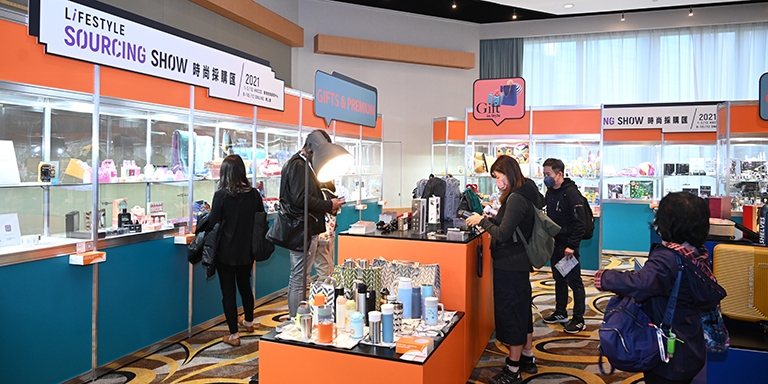 An HKTDC survey shows 93% of international buyers used online sourcing platforms during the pandemic, but the future belongs to hybrid fairs.

The COVID-19 pandemic impacted every area of economic activity across the world, from agriculture to utilities, and sourcing by importers and exporters was no exception.

The pandemic significantly disrupted global sourcing patterns. A survey commissioned by the Hong Kong Trade Development Council (HKTDC) Research department showed that the vast majority of international buyers (93%) have used online sourcing platforms since the pandemic began, with more than 85% attending virtual fairs to meet their sourcing needs. However, most respondents said they would prefer to source through physical (63%) or hybrid (59%) fairs once travel restrictions are lifted.

Commenting on survey findings, HKTDC Director of Research Irina Fan said: “The survey reflects that more buyers have been choosing to purchase online due to the pandemic. However, this makes it difficult to perform tasks such as product examination and evaluation as well as supplier authentication. We believe that physical fairs and hybrid fairs are the future, with the two complementing each other.”

The HKTDC commissioned independent research institution Ipsos to conduct the study, titled “B2B Online Sourcing: A Buyer Behaviour Study Towards Recovery”, between May and October 2021, interviewing about 600 international buyers from Association of Southeast Asian Nations (ASEAN) countries, Australia, Europe, Mainland China and the United States to gauge their views on international sourcing patterns following the onset of the pandemic.

Ms Fan said there are three top reasons for buyers to use online sourcing platforms – to seek new suppliers and make enquiries (70%), compare products and prices (66%) and identify the latest product trends (57%). “In the wake of the pandemic, many industries are committed to organising virtual fairs to strengthen the connection between international buyers and suppliers. These events have been well received by the industry, with the survey showing that more than 85% of buyers surveyed had participated in virtual fairs in 2021.”

Buyers also rated the overall effectiveness of online sourcing through web platforms, websites, mobile apps and virtual meetings at an average of 7.4 out of 10, seeing them as fairly effective overall. When asked about the main pain points associated with using online sourcing platforms, 61% of respondents said it was the inability to examine products physically, while other major barriers were the risk of fraud (56%), insufficient product details and images (54%), unresponsive suppliers (49%) and uncertified products (49%).

Regarding future sourcing preferences, 63% of buyers responding in the survey said they would prefer to source via physical fairs while 59% of buyers would prefer hybrid fairs once travel restrictions are lifted. Among the buyers surveyed, those from Mainland China and ASEAN countries expressed most enthusiasm for hybrid fairs, followed by buyers from Europe, the United States and Australia.

The survey also showed that buyers who prefer hybrid fairs were more likely to register a higher average spend per order (ranging from US$50,000 to more than $100,000) compared with counterparts who prefer physical or virtual fairs. This suggests that hybrid fairs could be well positioned to facilitate more lucrative business opportunities.

Ms Fan said key digital features buyers would like to see at hybrid fairs include the ability to easily search and acquire exhibitor information, scheduling meetings with exhibitors before, during and after the physical tradeshow, and having access to useful communication tools such as instant messaging, file sharing and business card sharing. Other services such as seminar livestreaming and recordings, virtual meetings, artificial intelligence-enabled exhibitor functions and product recommendations were also sought-after features of great benefit to buyers and exhibitors alike.