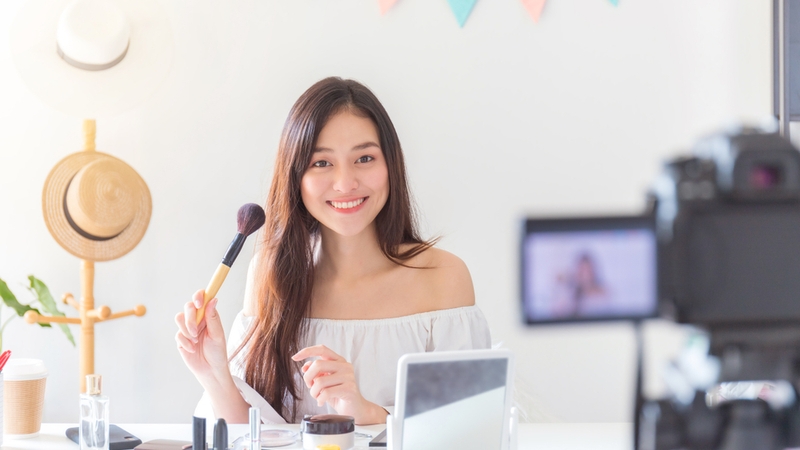 In recent years, emerging local brands have been developing fast in mainland China, propelling exponential growth in the domestic market. In the past, building a new brand might take more than 10 years of hard work, but today it can be achieved in two to three years thanks to the social media. 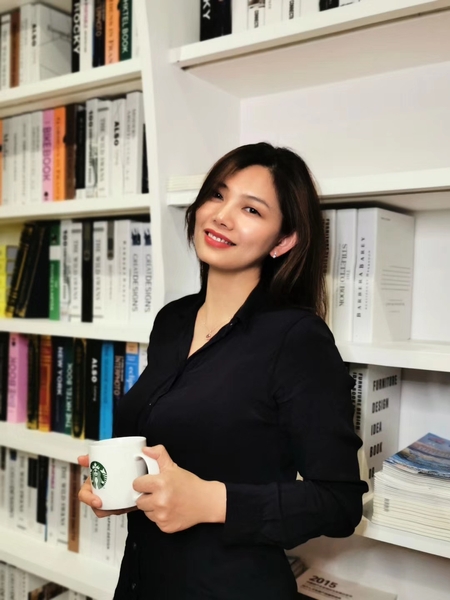 Huang explained that the social media landscape has changed in recent years, saying: “Platforms in the mainland have evolved from the likes of Weibo, WeChat and Xiaohongshu in the early days to popular short-video platforms such as Douyin and Kuaishou. Every time a new type of platform emerges, it signifies an upgrading and iteration in technology, bringing about changes in the retail market and fuelling effective marketing campaigns for quality products or virally marketable products within a short period of time.”

Huang noted that social media has a potentially much larger audience than more established media. She said: “Compared with traditional promotional channels like TV, outdoor ads and print media, the viral effect of social media is much greater. According to figures released by various platforms, the number of daily active users of WeChat stood at 1 billion, Douyin 600 million, Kuaishou 300 million, Weibo 200 million, and Xiaohongshu several tens of millions. Moreover, relative to traditional advertising channels, social media marketing is less costly.”

Social media platform users are primarily young people born in the 1990s and later who are also mainstream consumers. Huang said: “To a certain extent, the channels through which these consumers access information are dominated by several leading social media platforms. Today, many post-90s consumers do not watch TV but keep their eyes only on video platforms. To them, the traditional way of information dissemination for the older generation no longer applies.”

Huang gave an overview of the data mining process. First, data is collected from social media platforms, e-commerce platforms, and social media e-commerce platforms. Second, the text data collected is processed by various methods, such as natural language processing (NPL), sentiment analysis, and algorithms based on user interests and hashtags. Third, seeding strategies are devised and executed based on results of the data analyses, and website traffic and campaign effectiveness indicators are formulated.

For example, through text data analysis, a lexicon of relevant topic-sensitive keywords is built, storing those words which have higher rates of being indexed by search engines and higher customer reach. Also, a KOL database can be built. Based on data generated from interactions with KOCs (key opinion customers) and KOLs, suitable product seeding and personalisation strategies can be identified, thereby matching them precisely with a given brand and increasing brand awareness.

Extracting topic-sensitive keywords by NPL and other tools.

Huang also pointed out that for social media ad placement strategy to be successful, data technology support is of prime importance. She said: “In terms of brand awareness, the biggest difference between traditional media and social media is that the advertising effects of social media are traceable. In other words, the advertiser would know the number of ad impressions served and number of clicks generated by different digital advertising channels. Social Seeding’s smart data analysis system monitors and manages advertising effectiveness in real time. The system not only accurately calculates the exact number of ad impressions served, but can also help devise ad placement plans to meet the brand owner’s specific targets.”

Currently, Social Seeding specialises in five product categories, namely cosmetics, personal care products, mother and baby products, household articles, and foodstuffs. So far, the company has served more than 100 brands and the rate of contract renewal by clients is said to be over 90%.

Huang said that brand owners need the advice of media and advertising specialists on how to create content, find the right KOL or KOC, and choose the appropriate social media.

She then moved on to identifying the right influencers, saying: “Different KOLs and KOCs with different characteristics attract different audiences. The image of the influencer should align with that of the brand. Social Seeding maintains a database of KOLs and KOCs, but no contractual relations exist in order to ensure data integrity and impartiality. “To ensure the optimal CPM (Cost Per Mille) for clients, we price the KOLs and KOCs on the basis of their visibility rates as projected by artificial intelligence (AI). Through this influencer screening system and by using data mining, we aim to help brand owners choose the KOL most suitable for their brand promotion and achieve the best value-for-money results.”

Using the difference in visibility mechanism to determine advertising mix is another important consideration. Huang said: “Different social media platforms appeal to different user groups and their visibility mechanisms are also different. Social Seeding chooses different advertising platforms according to the specific goals of the brand owner. For instance, Douyin is more of an entertainment app and its overall visibility is very high. However, in terms of brand promotion and product seeding, it is probably not as powerful as Xiaohongshu, whose mainstream users tend to make enquiries and product comparisons and are more receptive to product-related information.”

Huang pointed out that for brand owners attaching importance to greater exposure and those placing emphasis on advertising content to achieve seeding effect, different strategies on the choice of platform or advertising mix are required. She added: “Having a good knowledge of the visibility mechanisms of different platforms can effectively help ad placement on multiple platforms and increase the chance of brand exposure.”

Lastly, there is the proper handling of feedback. Huang said: “By monitoring visibility data in real time, analysing the traffic of online sales, as well as sampling and tracking the effectiveness of rival products’ ad placement, Social Seeding runs a robust feedback system. This system can help brand owners keep abreast of the latest social media advertising tactics in placing ads in a more targeted manner so as to achieve optimal traffic data and conversion rates.”

Huang pointed out that social media offers all brands the advantage of competing at the same starting line. In the past, the resources of channel advertising (such as in-store, TV commercials etc) could easily be dominated by big brands which had massive advertising budgets. Today, the presence of multiple platforms and fragmented nature of social media marketing means that emerging brands have many more opportunities of entering the market.

As social media traffic is very much fragmented, Huang’s advice to brand owners is that when they invest in social media advertising they must have an overall strategic plan, identify where the final sales conversion occurs, determine what kind of ads should be placed to achieve sales conversion, and choose which platforms to test for advertising effectiveness. She said: “It is only after the brand owner has obtained answers to all these questions that a strategic social media promotion plan can be formulated.”

It is worth noting that the marketer of a brand or product must be ready to adapt advertising strategy to local market conditions. Even if the advertising strategies of rival brands are transparent and can be used for reference, when it comes to execution things can be very different. Huang stressed that the content and influencer used in a successful advertising campaign of a product may not work for other similar products. Such is the reality of social media marketing. 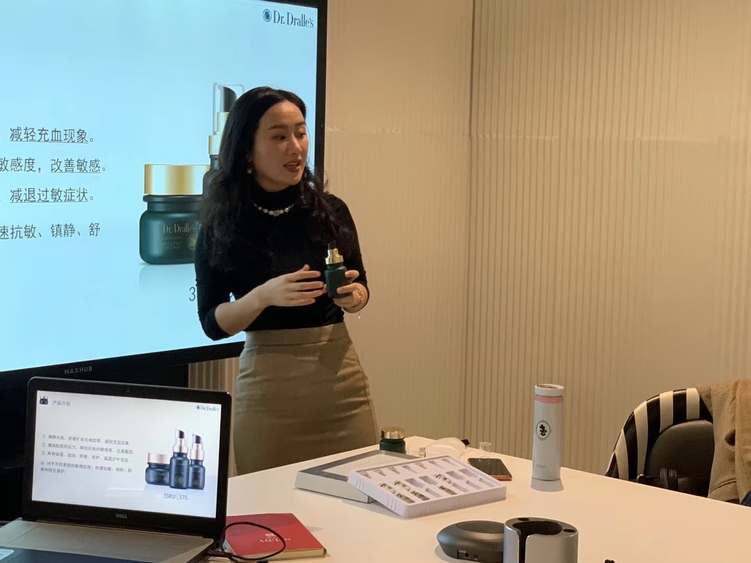 For different brands and companies of different sizes, their social media promotion strategy also differs. For brands owned by small to medium-sized businesses which are new entrants to the market, Huang suggested that they should promote brand awareness first. She said: “After they have attained a certain level of brand awareness, they should then consider bigger-budget multi-channel advertising over the longer term.”

Likewise, content production should also take the adaptive approach. Out of consideration for cost and benefit, Huang advised brand owners to start with text and visual content first in social media advertising. She said: “Text and visual content is highly effective in testing whether the social media platform chosen can achieve the desired feedback. If the desired effect is achieved, then the brand owner can proceed to the production and placement of video content. This practice saves money because the cost of video production is 10-50 times that of text and visual.”

With regard to the selection of KOL or KOC, Huang reminded brand owners to make sure that the business sector which the KOL or KOC excels in matches their brand, saying that even if a KOL or KOC has a lot of followers, it does not necessarily mean that his or her content is good and effective. Evaluation of the KOL or KOC’s content production, visibility and traffic-driving ability is crucial.

1 “Seeding” refers to the process through which a strong buying desire is generated by seeing positive product posts shared by friends and other netizens.

2 “Branding and effectiveness” refers to the combination of brand awareness promotion and actual sales conversion.