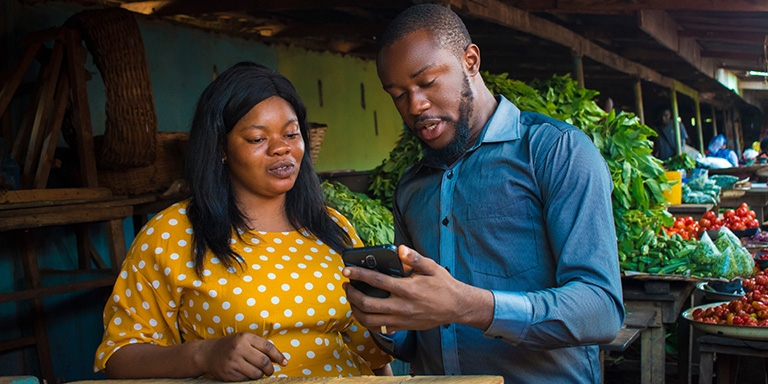 The former head of the European Central Bank believes the world economy is at an inflection point and sees strengthening inflation and rising credit costs.

The productivity paradox has long mystified economists, who wonder why the heavy investment in digital technologies has brought relatively scant increases in output.

But the low productivity growth could have been a matter of adaptation, and we might be about to reap the long-delayed dividends, Jean-Claude Trichet, who was President of the European Central Bank from 2003 to 2011, said at a keynote address during this year’s Asian Financial Forum. He was speaking to Raymund Chao, the Asia Pacific and China Chairman at PwC.

Mr Trichet said the global economy is at an inflection point, driven by inflation. For past decade inflation had been abnormally thin, permitting central banks to keep interest rates historically low. Several factors had brought inflation back, however. The COVID-19 pandemic had brought a supply-demand mismatch, boosting prices. The worldwide ambition to embark on a green transformation would generate demand for an enormous amount of investment, while inequality and growing bargaining power of labour had been making themselves felt.

Responding to concerns raised by a listener, Mr Trichet said he did not, despite this, expect the stagflation of the 1970s to return. A key reason for his optimism was the likelihood that the productivity paradox would end as heavy investment in digital technologies began to bring returns. This would bring an end to the low real growth seen recently, which had begun before the outbreak for the global financial crisis (GFC) 14 years ago.

While not expecting stagflation, Mr Trichet said that following a long period of low inflation, price rises had returned and interest rates would, similarly end their lengthy quiescent period and begin to increase.

Mr Trichet saw the global savings glut ending because a flood of green investment will eliminate the mismatch between savings and investment. This would add to pressure from inflation to boost credit costs in real as well as nominal terms.

Mr Chao pointed out that the COVID-19 pandemic had driven acceleration in technology investments and a move to a digital-first world. New technologies have spread rapidly but across the world but 4 billion people still lack internet access.

Mr Trichet said the concept of inclusive growth needs to include digitalisation. Some developing economies, especially Mainland China, were ahead of developed ones on technology. But the least-developed countries still needed to catch up. In Africa smartphones had let firms bring financial inclusion in a way previously impossible, allowing phone-based banking and serving as a catch-up tool (main picture).

He cautioned that the inflection points are coming at a time of financial vulnerability. The International Monetary Fund (IMF) produced new figures on global debt showing it has risen uncomfortably between 2007 and 2020 – from 195% of gross domestic product to 256% – a 61 percentage point rise in just 13 years. The GFC and COVID-19 boosted debt levels. Debt accumulation could not continue at its recent pace, Mr Trichet said, pointing out that one explanation for the outbreak of the GFC had been debt levels.
Share valuations were close to those seen at the height of the dotcom bubble two decades ago, he said, raising the prospect of a stock-price correction. Properties also tended to carry high prices, he said.

To address these problems, countries had to pay special attention to macro-prudentials, which were more important than ever. Authorities should be very careful with systemic risk buffers, counter cyclicals, loan-deposit ratios and other such prudential indicators, he said.

Risk has become critical for the private sector as well as governments, he said. Control of risk – by, for example, putting a risk officer in high position in a company – is now more important than ever.

Mr Trichet said abnormal economic behaviour had become common in many economies, with savings gluts and easy credit policies by central banks creating a situation that needed attention, the leaders had to be cautious. Corrections in asset valuations were very likely and authorities needed to do all they could to create a “soft landing” during the correction. No one had expected a dramatic correction before the GFC, he pointed out.

Mr Chao said inflation was expected to go up but there was debate as to whether it was transitory.

Mr Trichet said the situation varied between economies; inflation in the United States was real and not transitory – the Federal Reserve had stopped using “transitory” and knew there was a real problem. Underlying inflation in the US is twice as high as Europe's. The mainland has much lower inflation despite high producer inflation – a case-by-case analysis is needed.