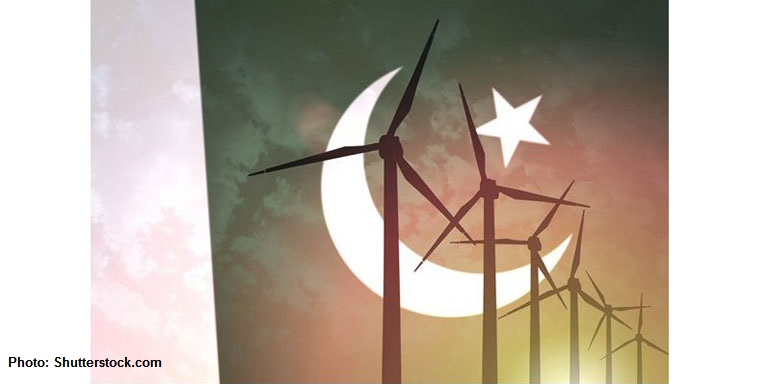 A Belt and Road Windfall

Karachi, Pakistan's largest city, was chosen as the location for the 17th World Wind Energy Conference and Exhibition this year, though the event has now been postponed from April to 28-29 November.

In September 2017, the country's National Electric Power Regulatory Authority announced that the share of wind power in the nation's overall energy mix had increased by 0.46 per cent to 1.23 per cent. This has ensured that the country is well on track to meet its 2030 target of having 5 per cent of its overall electricity derived from wind-power, a goal set back in 2006.

Pakistan's ambitious energy-development programme has been driven by its long overdue need to address its chronic electricity shortfall. Although the bulk of its enhanced supply is expected to be derived from domestic coal reserves, the development of wind, solar and hydro sources has also been prioritised in recent years. This has been spurred by growing environmental awareness in the country and, crucially, a steady fall in the cost of renewable-energy generation.

The first commercial wind project in the country came online in 2009 as part of the initial development phase of the Jhimpir Wind Power Plant. The project was overseen and managed by Zorlu Energy Pakistan, a subsidiary of Turkey's Zorlu Enerji. With additional wind turbines coming into operation, the plant's capacity reached 56.4MW in July 2013, all of which was fed into the country's national grid.

To date, however, this is a seen as only scratching the surface in terms of what could ultimately be delivered. Set in the Gharo-Jhimpir Wind Corridor, a 180km strip of coastal land, the Pakistan Meteorological Department sees the facility as having the potential to produce up to 11,000MW of wind-derived electricity.

Following the success of this first plant, a number of additional wind-power projects were swiftly commissioned. By the end of 2015, according to the Alternate Energy Development Board (AEDB), the Pakistani government's renewable-energy agency, there were more than 40 wind-energy projects under development across the country. Once online, they are expected to contribute about 2,050MW to the national grid. By mid-2017, 13 such projects had become operational, representing a net grid contribution of 200MW.

Subsequently, once the China-Pakistan Economic Corridor (CPEC) – one of the key BRI conduits – was established, some US$57 billion of mainland funding was earmarked for investing in the development of Pakistan's infrastructure, with much of this allocated to energy-related projects. Of these, four wind-farm investments were prioritised – Sapphire Wind Power Plant, Sachal Wind Farm, Dawood Wind Farm and Jhimpir Wind Farm.

The first of these to be completed was the 52.8MW Sapphire Wind Power Plant, which became operational at the end of November 2015. Beijing-headquartered HydroChina, a subsidiary of the Power Construction Corporation of China, was the lead contractor on the project, its first such installation in Pakistan. The company also took the lead on the 50MW Sachal Wind Farm, which came online in April 2017 and is, again, based in the Jhimpir Wind Corridor.

The farm is owned by Sachal Energy, a wholly-owned subsidiary of the Arif Habib Corporation, one of Pakistan's leading investment groups. Debt financing was provided by the Industrial and Commercial Bank of China (ICBC) and the estimated cost of the project was $134 million.

The third priority project, the 50MW Dawood Wind Farm, was developed on tidal flats near the city of Banbhore, about 80km east of Karachi. Also coming online last April, the project was backed by a $78.8 million ICBC credit line, while its turbines came courtesy of Guangdong's China Ming Yang Wind Power Group in association with Aerodyn Energiesysteme, a German wind-power specialist.

The final project – the UEP 100MW Jhimpir Wind Farm – was also developed by HydroChina. Following investment of about $250 million, it became operational in June last year.

At present, there are nine more Chinese-backed wind-power projects at various stages of completion across Pakistan. Once operational, they will feed an additional 445MW into the country's national grid.