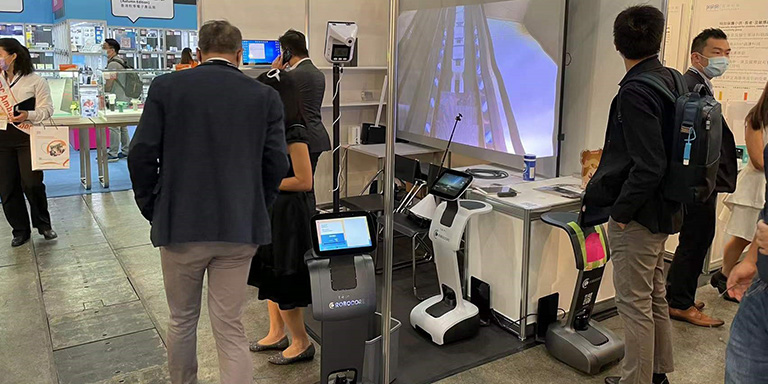 The COVID-19 pandemic has accelerated the evolution of robots from single-task factory workers to versatile helpers in hospitals, homes, hospitality venues and offices.

Robots have been making only a slow move from the factory floor into homes, shops and offices. This is because industrial robots have a narrow range of tasks while those operating in human spaces need to deal with open-ended situations.

The COVID-19 pandemic created an urgent need for such modular robots, especially in hospitals, where there is a need to minimise patient-staff contact, as well as hospitality venues such as hotels and restaurants.

An Israeli start-up that operates out of Shenzhen has created temi, a self-propelled robot that can perform a wide range of tasks in diverse environments.

Explaining the firm’s decision to work out of Shenzhen, Gal Goren, Co-founder and CEO of temi, said: “Having temi in the Shenzhen area is a huge advantage in terms of supply chain and assembly expertise. Shenzhen, as the ‘Silicon Valley of Mainland China’, has an amazing pool of talented engineers and employees that can make a complex robotics business a successful one.”

He said the proximity to Hong Kong made global operations much more effective, and “Hong Kong currently is a very strong market by itself for temi”.

Describing temi’s flexibility as well as its artificial intelligence (AI) capabilities, Mr Goren used an incident at Sha Tin Hospital in Hong Kong, which specialises in treating geriatric patients, as an example.

“At Sha Tin Hospital, temi is used to relieve the pressure of hospital care and patrol to prevent improper behaviour by patients. In one case an 80-year-old patient suddenly started removing bedding and bed frames. The temi robot solved the problem by arriving at the bed and distracting the patient.”

temi also helped to reduce physical contact between staff and quarantined patients, while helping to reduce loneliness on the part of elderly patients who are not permitted to receive visitors, providing face-to-face video links without any physical contact.

In the hospitality sector, temi carries out check-in and check-out as well as room escort functions at the Royal Plaza Hotel, near Mong Kok East MTR Station. “To avoid long queues in the hotel lobby, guests can use temi to complete check-in within minutes using a simple touch screen. temi reduces hotel staff workload, relieves pressure on them, reduces human-to-human interaction, simplifies the workflow and improves the guest experience,” Mr Goren said.

temi can navigate independently on flat surfaces and can even move between floors using smart lifts, he said. The robot uses an open Android operating system and can be easily programmed and configured for many different use cases and scenarios. Mr Goren added that the company’s software development kit (SDK) and online support allow customers to build their own perfect use cases.

Mr Goren said temi was primarily aimed at the business-to-business market. The robot can serve a wide range of functions, whether it’s acting as a concierge in a hotel, providing remote doctor services in a hospital or old age home, touring a show room, connecting smart offices and homes, or providing guide services in commercial buildings.

However, COVID-19 has seen growing demand for temi as a domestic robot, especially since households in many countries were not able to receive visitors. Unlike a video call, a visitor could move around a host’s home using temi, giving a true feel of paying a visit. Similarly, temi could support work-from-home arrangements, giving a virtual presence at either end.

Many commentators point out that smart homes and offices, and the robots that service them, could become rich seams of data for firms to mine. But Mr Goren stressed that temi safeguards customers’ privacy and would not collect or aggregate user data.

Unlike common visions of domestic and office robots, temi moves about on wheels, not legs. Mr Goren said keeping prices as low as possible was a key aim for temi, and the complexity of controlling legs would greatly increase the price. To move between floors, temi can take itself onto lifts.

“In buildings without lifts, customers can afford one temi for each floor!” he quipped.