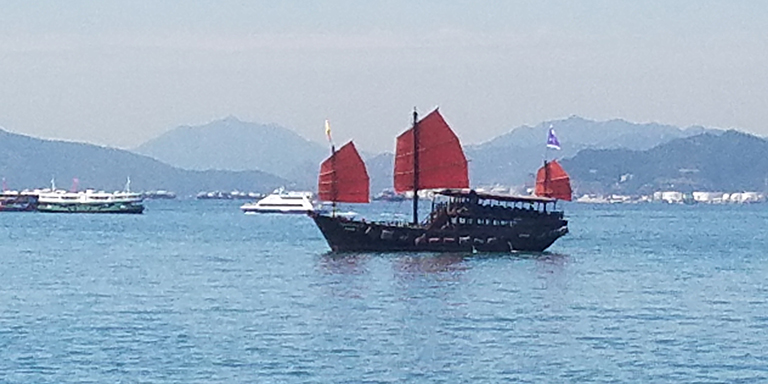 Entrepreneurs in Hong Kong, Macao and the neighbouring nine Guangdong centres which comprise the Guangdong-Hong Kong-Macao Greater Bay Area (GBA) are expecting a stellar performance over the next three years.

Most GBA start-ups are optimistic on growth prospects, a joint survey# by the Hong Kong Trade Development Council (HKTDC) and HSBC shows. Of all respondents, 71% expect their annual revenue to grow more than 25% in the next three years, with 18% anticipating revenue to more than double.

With a massive population of more than 86 million, robust consumption driven by an expanding middle class, and fast-growing innovation and technology (I&T) adoption, the GBA offers tremendous business opportunities, the start-up community believes. Biotechnology start-ups were the most optimistic, with nearly 30% of respondents expecting revenue to double in the next three years. In addition, about 30% of GBA start-ups plan to expand over the same timeframe. Hong Kong start-ups are eyeing opportunities in Shenzhen while Mainland Chinese start-ups plan to tap into Guangzhou and Zhongshan.

Christina Ong, Head of Business Banking, Commercial Banking, Hong Kong, HSBC, said: “With the combined strengths of an international capital market for fundraising, research capabilities and an enormous consumer market, the GBA is a strong breeding ground for entrepreneurs and start-ups with a vibrant and diversified ecosystem. Through fostering collaboration with key ecosystem partners such as the HKTDC, HSBC is committed to help companies unlock the huge potential in the city cluster.”

Most respondents (81%) were satisfied with the start-up ecosystem in their respective city. Start-ups in the new retail sector were most satisfied with the ecosystem, with 90% giving a score of seven or more out of 10; followed by respondents from the sectors of new economy (86%) and I&T and hardware (85%). Funding to support their business ambitions tops the start-ups’ agenda. Respondents named inadequate funds (56%), market uncertainty (31%) and keen market competition (31%) as key factors affecting their expansion plans.

Mr Kwan believed Hong Kong can offer reliable, efficient and quality services to GBA start-ups as the city’s professional services are in line with international practices, and a large pool of experienced talent familiar with both overseas and mainland markets supports the sector. Hong Kong is the world’s largest and most important offshore renminbi (RMB) business centre, he said, and has an internationalised financial regime with a stable financial market. Many GBA enterprises use Hong Kong as a platform for fund-raising and overseas expansion.

Ms Ong added: “Hong Kong continues to bolster its role as an international financial centre and a key gateway for companies that look to expand in the GBA. The acceleration of cross-border business activities is set to fuel the demand for seamless financial solutions and dedicated support from the professionals.”

Mr Kwan concluded: “In the framework of cooperation between GBA cities, Hong Kong can leverage its R&D strengths as well as its roles as an internationalised city and international financial centre to bring together innovation resources from the region and other parts of the world to promote the development of the GBA start-up ecosystem. At the same time, Hong Kong and Shenzhen can further step up their cooperation in technology commercialisation.”

# The HKTDC conducted a survey in August and September 2021 to assess the start-up ecosystem in the GBA. A total of 308 GBA start-ups operating in various sectors – including the new economy, information technology and hardware, innovative and professional services, and biotechnology – that had been established no earlier than 2016 were interviewed by phone or online. They were asked to rate their respective GBA city, in terms of R&D environment, business environment, funding support and entrepreneurship support. The study also featured in-depth interviews with 10 entrepreneurs as well as representatives from incubators and start-up platforms to gauge their views on Hong Kong as a start-up platform in the GBA.