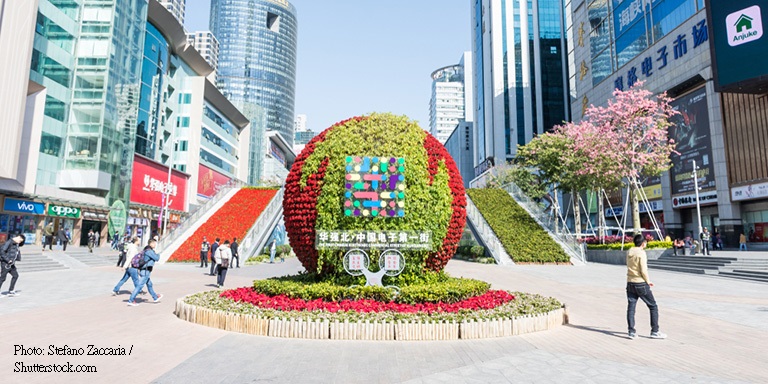 As staff shortages grip much of the developed world, a quarterly survey of the Guangdong-Hong Kong-Macao Greater Bay Area shows a steady supply of skilled personnel.

Staff shortages have gripped the developed world as countries recover from the COVID-19 pandemic with reports of fruit and vegetables rotting in fields in the United Kingdom for want of pickers, and restaurants shuttered in the United States as cooks and waiters are thin on the ground.

Despite concerns that the Guangdong-Hong Kong-Macao Greater Bay Area (GBA) might suffer a similar tightness of talent, the third-quarter GBA Business Confidence Index (GBAI), based on quarterly surveys of more than 1,000 companies operating in the region, shows a steady supply of talent. Conducted by Standard Chartered Bank and the Hong Kong Trade Development Council (HKTDC), survey respondents indicated the staffing situation in the region was stable.

“This, together with the challenge of securing talent in the region, prompted us to ask some labour-specific follow-up questions this time. The first was on current labour-market conditions in the GBA cities they operate in; only 13.3% respondents see the shortage of general staff worsening, while another 30.3% sees a steady labour market (with shortage nonetheless). That leaves more than half of all respondents expecting either easing or no shortage in general workers.

Interestingly, the response pattern was similar for management staff and high-end talent,” he said.

The results on the question of wage pressure were similar, with just 19.2% seeing intensifying pressure to increase staff salaries, versus almost 50% saying there was little pressure to do so. This suggests wages and talent, while important business considerations on an ongoing basis, may not be at the top of GBA companies’ minds as they deal with other more prominent headwinds. Of the respondents 43.3% said they are not worried about the impact of wages on overall costs, versus 47.6% who said they are quite worried, and a mere 9.1% expressing more concern.

“In our last report, we noted that two-thirds of our respondents saw no pressure to engage in environmental protection in their operations. This time around, we specifically asked respondents about their ESG investment plans and found that almost three quarters of them currently do not have such investment and do not plan to invest in the coming year,” he said.

“When asked about the challenges faced in achieving their ESG goals, 35% cited the lack of funding or financial support, while the second and third ranked answers were both related to the need for more information or policy clarity.”

The overall GBAI showed the region’s business confidence weakened in the third quarter, Mr Lau said. The GBAI’s ‘current performance’ index for business activity saw its first quarter on quarter drop since its launch in the second quarter of last year, to 52.7 in the third quarter of this year from 58.7 in the April to June quarter. A reading of 50 is considered neutral, with optimism and pessimism respectively reflected in scores above or below 50.

“It is clear from official data that Mainland China’s broader economy has gone through a soft patch for much of the past quarter due to the COVID-19 resurgence; the latest GBAI confirms that the region, while not fully insulated, has slowed only modestly, with six of the eight GBAI components still above the 50 neutral mark,” reported Mr Lau.

“Respondents also expect the third-quarter growth setback to be transitory – the GBAI ‘expectations’ index eased only marginally to 57.9 from 59.3; that said, given the timing of the survey, this forward-looking measure does not fully capture the Evergrande fallout (which continues to play out), or production disruptions due to rolling power outages,” he added.

A further breakdown showed that service-oriented sectors continued to underperform. This also helps to explain the sizeable drop in the Shenzhen sub-index (losing 12.9 points for current performance), which has high services-sector content. Credit conditions stayed largely neutral in the third quarter, with weaker cash flow offset by easing financing costs.

The trend for the city sub-indices to take turns in the top spot continued. “Shenzhen gave up its lead (and then some) after beating Guangzhou by a wide margin in the second quarter,” Mr Lau said. “The setbacks for both core cities were related to the fact that they were disproportionately affected by the COVID resurgence due to their greater services-sector focus.

The performance of Hong Kong continued to improve in comparison with other constituent cities as COVID-19 remains in check in the city. Deeper integration with Shenzhen through the recently announced Plan for Comprehensive Deepening Reform & Opening Up of the Qianhai Shenzhen-Hong Kong Modern Service Industry Co-operation Zone further improves Hong Kong’s prospects.

“The ‘expectations’ measures show upbeat sentiment for the fourth quarter outlook across our city sub-indices. With daily COVID cases now back under control, more export-oriented, non-core mainland cities are likely to be more vulnerable to production disruptions due to power shortage,” Mr Lau said.

“In the meantime, we expect Hong Kong to keep catching up given its success in avoiding material Delta [COVID virus]-related disruptions so far, which is allowing its domestic economy to recover,” he said. The current-performance index for Hong Kong was 47.6.

The report said the recently announced Plan for the Development of the Guangdong-Macao Intensive Co-operation Zone in Hengqin would help Macao integrate with other parts of the GBA.