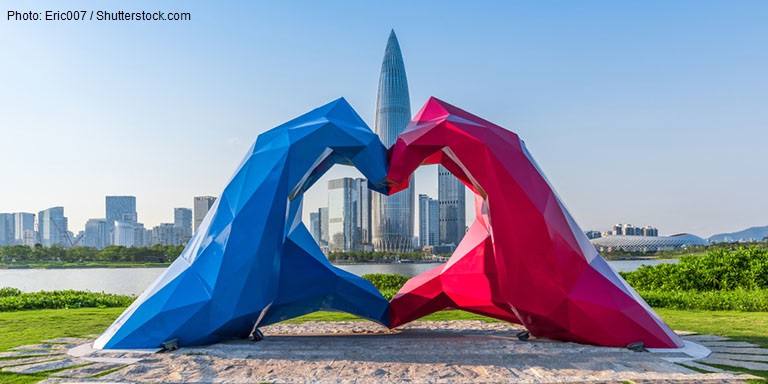 Cash is king in GBA

Credit and talent are priorities for enterprises in the rapidly growing Guangdong-Hong Kong-Macao Greater Bay Area (GBA), according to a recent survey.

The fifth GBA Business Confidence Index (GBAI), compiled by Standard Chartered Bank in collaboration with the Hong Kong Trade Development Council (HKTDC), showed business confidence improved further in the second quarter, boding well for a strong start to the second half of this year.

The GBAI’s “current performance” index for business activity has extended its uninterrupted uptrend since the GBAI’s launch a year ago, to 58.7 in the second quarter from 53.0 in the January-to-March period.

The current performance index for credit rose to 51.6, standing above 50 for the first time since the GBAI’s launch a year ago.

Higher bank and non-bank financing cost sub-indices and less bank willingness to lend were more than offset by easing cash-flow stress, as reflected in in the surplus cash and receivables turnover sub-indices, which jumped by 5.8 points and 7.2 points respectively.

Mr Lau said these trends will likely continue in the third quarter, as the expectations index for credit stayed above the 53 level in the second quarter.

The GBAI index is compiled based on quarterly surveys of more than 1,000 companies operating in the GBA.

Talent remained strong among survey respondents, remarked Mr Lau. Labour quality and talent availability, a long-time priority according to prior surveys, was the only factor that ranked in the top three across all five industry categories in the second quarter.

In particular, almost half (48%) of technology respondents ranked talent availability first, making it a key driver for the GBA’s long-term innovation aspiration.

By city, Shenzhen outperformed Guangzhou this time, possibly due to the higher innovation and finance components in the city, and a resurgence in COVID-19 cases in Guangzhou.

The survey asked which GBA cities respondents currently operate in, and where they plan to have a presence in three years’ time. The bigger cities -- namely Shenzhen, Guangzhou, Hong Kong, Foshan and Dongguan -- saw the proportion of respondents having a presence there exceeding their initially allotted survey sample size, meaning some GBA companies have expanded into these cities since the launch of the survey.

“All 11 GBA cities saw an increase in respondent presence in the next three years,” noted Mr Lau. Shenzhen and Dongguan were leading the pack and the five bigger cities, as well as Zhuhai, were way ahead of the remaining ones. The latter are nevertheless bound to see proportionally bigger improvements going forward due to their lower starting points.

“By industry, it is unsurprising that the presence of respondents in innovation and technology, financial services and professional services – be it now or in three years’ time –was mostly concentrated in Shenzhen, Guangzhou and Hong Kong,” said Mr Lau.

He added Dongguan was also rather popular for technology companies, Macao for retail and wholesale, and Zhuhai an up-and-coming destination for professional services. Manufacturers, in contrast, were most diverse in location.

When asked whether they feel pressure to engage in environmental protection in their operations – decarbonisation, other means to reduce pollution, or simply complying with policies that are expected to become more stringent over time – only 18% of respondents said there was material pressure already, with a further 15% seeing pressure beginning to rise.

The remaining two-thirds felt no pressure to take environmental measures for now. However, Mr Lau said the survey team believes this group of respondents -- and by extension the majority of GBA companies they represent -- will see pressure rising evidently very soon, especially on reducing carbon emissions.

Mainland China has pledged to level off emissions by 2030 and achieve carbon neutrality by 2060. This is an extremely challenging goal, in the team’s view, given the country’s energy-intensive growth model and coal-dominant energy mix, and its short window to achieve net zero.

All this means that the mainland needs to go through major economic transformation and the GBA will be asked to lead the way, as with many other aspirations of China.

The good news is that not all such changes are negative to businesses, and could also bring new opportunities – of the respondents, 32% see the need to comply with environmental protection requirements having a positive impact on their profits and long-term business plans, twice the proportion of those seeing negative impacts (16%).