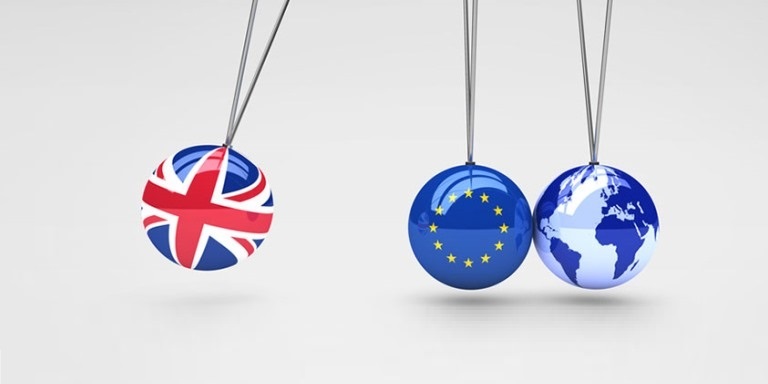 Britain is inevitably turning its attention to the Asia-Pacific region and opportunities emerging in digital services.

Following the United Kingdom’s departure from the European Union, the search for new commercial opportunities and fresh pathways to global influence has inevitably accelerated. Seeking to reposition itself as Global Britain, it is making no secret of its desire to forge closer links with other nations that champion economic non interference and free trade liberalisation, with the Asia Pacific region very much in its sights.

Back in pre Brexit 2019, Asia accounted for about 20% of the UK’s exports and imports. Indeed, out of the country’s top 25 trading partners, six were Asian. This saw exports and imports to and from Japan ranked at £14.7 billion (US$20.8 billion) and £15.4 billion, respectively; Hong Kong £13.6 billion and £10 billion; and Singapore £10.7 billion and £6.9 billion. Among the sectors where the UK had particular export success were automobile and parts, fuel products, machinery, pharmaceuticals, precious stones and metals.

Understandably keen to make up for its inevitable downturn in trade with the 27 remaining EU members, the UK will now look to enhance commercial ties with many of its existing partners. It has also committed to developing its trade in markets where it has previously been a comparatively small player, notably Bangladesh, Cambodia, Laos, Malaysia and Vietnam.

In line with this, it has applied to join the Comprehensive and Progressive Agreement for Trans-Pacific Partnership (CPTPP), a free trade treaty with a market that extends across half a billion people, representing 13.5% of the global economy. Some 11 Pacific Rim countries, including Australia, Japan, Chile, Canada, Singapore and Mexico, were the founding signatories of what is now regarded as one of the world’s largest and fastest growing free trade areas.

Outlining the UK’s aspirations, Prime Minister Boris Johnson said: “Applying to be the first new country to join the CPTPP demonstrates our ambition to do business on the best terms with our friends and partners all over the world, while being an enthusiastic champion of global free trade.”

With the United States also said to be considering re joining the CPTPP, the UK Government may see joining its closest ally in this exclusive trading club as an additional incentive. Should both nations accede to membership, the extended CPTPP would then account for about 40% of global gross domestic product.

While the UK’s exit from the EU has seen some trading channels peremptorily shuttered, many Brexit advocates are adamant that others – particularly in sectors where the country has an acknowledged strength – are on the cusp of opening up as never before. In particular, given the UK’s prominence with regard to innovation and the rapidly expanding tech economy, digital trade is seen as one area where the country could emerge as a global leader. This has been given further credence by the increased emphasis on digitisation and regional connectivity triggered by the Covid-19 outbreak.

Essentially, the UK is now looking to establish itself as a digital trade hub with strong connections to many parts of Asia. Accordingly, it has prioritised the signing of the Digital Economy Agreement (DEA) with Singapore and Vietnam, as well as a similar bilateral co operation initiative with Japan.

Speaking in the wake of the deal with Singapore, Liz Truss, the UK’s International Trade Secretary, said: “This is an important part of our vision for a Global Britain, one that sits at the centre of a network of deals with dynamic nations across Asia Pacific and the Americas forming a global hub for services and technology trade.”

With the UK and Singapore making no secret of their ambition to find success in the digital trade sector, their coming together has been seen by some as a bid to establish some form of gold standard agreement. Indeed, their DEA goes further than any comparable bilateral digital agreement, breaking new ground in such areas as cybersecurity, artificial intelligence (AI), data innovation and competition policy.

In terms of other agreements, a report produced by Asia House Advisory, a London based think tank, cited the UK Japan co operation initiative as likely to play a key role in bolstering the international regulatory framework. Expanding upon this, Ed Ratcliffe, Head of Advisory at Asia House and the report’s author, said: “The UK and Japan both enjoy privileged positions in key global institutions and groups. This agreement can be seen as a defence of the global trade rules, as well as a means of helping to develop the global framework for digital trade, which may well define global commerce over the next decade.”

With the UK ramping up the rhetoric and hunting down the deals, how does the Asia Pacific region view such overtures? Clearly, given the economic chaos occasioned by the pandemic, every business, on a global basis, is keen to identify and secure new markets, a factor that may well go in the UK’s favour. Indeed, even before the Brexit divorce was finalised, many businesses within the region were already said to be revaluating the prospects of trading with the post EU Britain.

In the case of Hong Kong, given its historic ties to the UK, it has long been in receipt of billions of pounds of investment from its pre handover landlords, while also emerging as a key investor in many British sectors, including infrastructure, telecoms and utilities. Now, almost a quarter of a century after Hong Kong was returned to China, the two jurisdictions are clearly on very different trajectories. How much this will impinge upon their future trading relationships, especially in such key areas as innovation, financial services and the creative industries, remains very much to be seen.