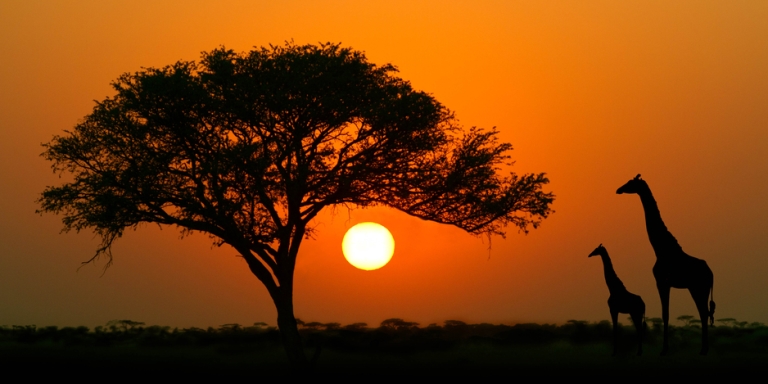 Electric appliances and related equipment, along with renewable power generation systems, are key exports for Mainland China and Hong Kong, with sub-Saharan Africa quickly shaping up to be a high-potential market for both sectors.

Over the past half century, universal access to electricity has moved from being the preserve of sophisticated societies to becoming the rule rather than the exception throughout most of the world. Sub-Saharan Africa remains an exception, with about half the population having no access to power, the International Monetary Fund (IMF) said in a report.

Those who do have electricity pay on average nearly twice as much as consumers elsewhere in the world. Power shortages cost the continent about 2% to 4% of gross domestic product (GDP) a year, the IMF report said.

“The region’s population is expected to grow from 1 billion in 2018 to more than 2 billion in 2050 and electricity demand is projected to expand 3% a year. This takes into account a steady increase in access to electricity as well as greater energy efficiency,” the report said.

Fortunately, thanks to notable technological advances, Africa has more alternatives to fossil fuels than advanced economies did when they were at Africa’s current stage of development, the IMF said.

Prices for renewable energy have fallen substantially in the past few years, especially for solar power, the cost of which decreased 77% between 2010 and 2018, according to the International Renewable Energy Agency (IREA).

“Promising for large-scale expansion of renewable electricity generation are solar and wind power, whose prices are now in the same range as those of fossil fuels. In addition, conditions for solar energy are excellent in Africa, where sunshine is not only abundant but also much more reliable than elsewhere,” said the agency.

Despite successful examples in many countries, solar and wind accounted for only 3% of the electricity generated in Africa in 2018 compared with 7% in other regions of the world.

Of the top 50 countries for solar potential in terms of kilowatt hours per day produced per kW of installed capacity, 18 are in Africa, led by Namibia with 5.5 kWh per day, according to the World Bank’s report, Global Photovoltaic Power Potential by Country, issued in July last year.

IHS Markit expected annual installations of renewable power generation capacity globally will accelerate from about 200 gigawatts (GW) in 2020 to about 300 GW in 2024.

This year's expected growth comes when the solar supply chain is moving into a new phase with increased emphasis on three critical factors of profitability, technology leadership, and consolidation.

IHS Markit's numbers track rapid growth in renewable generation forecast by the International Energy Agency (IEA) last year. “In 2025, renewables are set to become the largest source of electricity generation worldwide, ending coal's five decades as the top power provider,” IEA Executive Director Fatih Birol said in November last year. “By that time, renewables are expected to supply one-third of the world's electricity – and their total capacity will be twice the size of the entire power capacity of Mainland China today.

"Renewables will account for almost 90% of the increase in total power capacity worldwide in 2020 and will accelerate in 2021 to their fastest growth in the last six years," Mr Birol said.

IHS Markit said renewables between 2020 and 2050 are expected to meet 99% of global electricity demand increase. In the mainland and India, IEA forecasts renewables will cover 65% of demand growth, while in developing countries renewables will replace coal generation as ageing fleets retire.

Financing is now the biggest challenge, however, the IMF said. Renewable sources are inexpensive to operate but have high installation costs, which must be financed up front. Providing a high-quality energy basis for African development thus requires a comprehensive approach to financing.

Mainland telecommunications giant Huawei moved into solar-power system production in 2015 and has expanded rapidly as solar power complements the move of power infrastructure from centralised grids to networks where many small producers and storage providers interact in a power web.

Huang Su, CEO of South Africa Digital Energy Business for Huawei, told a webinar organised by Huawei Kenya that digital power will be basis of energy in the future. He noted several trends affecting the industry.

Power systems will digitise with artificial intelligence-driven control management. Another trend will be the continuing drop in PV power costs, to just two to three US cents per kilowatt hour. PV also permits distributed power supply sourcing from building rooftops, he added.

Readers can find out much more about renewable energy at Eco Expo Asia organised by the Hong Kong Trade Development Council and Messe Frankfurt (HK) Ltd.

The road to net zero