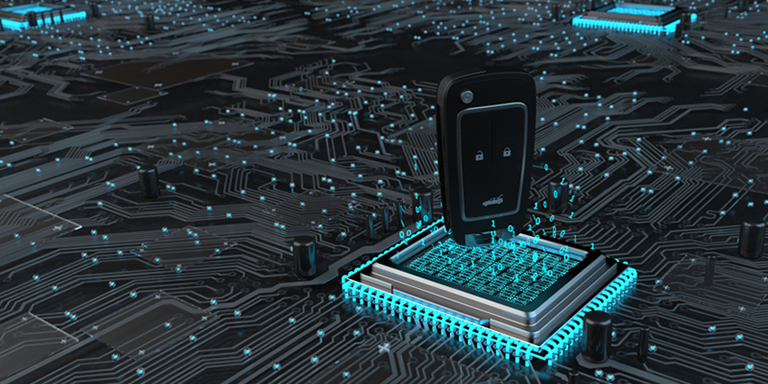 As vehicle makers resume production, the global industry faces a semiconductor shortage that could bring opportunity or competition for Taiwan.

At the end of January, Taiwan’s Ministry of Economic Affairs convened a meeting of the territory’s big four wafer original equipment manufacturers – Taiwan Semiconductor Manufacturing Company, United Microelectronics Corporation, World Vanguard International Semiconductor Corporation and the Powerchip Technology Corporation. As a result of this summit, it was agreed that all parties would work towards remedying the global shortfall in automotive chips.

At the time, the participants warned it would not be possible to meet the excess demand overnight, with an inevitable lag between work being commissioned and completed. Even factoring in substantial levels of overtime, it was estimated it would take some two to three months before the global demand for automotive chips could be fully met.

It was only recently, as various industries began to resume normal production in the wake of the worst of the COVID-19 outbreak, that the true scale of the automotive‑chip deficit became apparent. As a direct consequence of the acute shortage, many car manufacturers were obliged to reduce output or even suspend production. Ultimately, this led to many of the world’s leading car manufacturing nations in Europe and North America looking to Taiwan to help remedy the problem, believing its many dedicated integrated circuit (IC) foundries could raise production capacity and bring a swift end to the problem.

According to sources within Taiwan’s semiconductor industry, the reasons behind the supply shortfall date back to early 2020 and to Wuhan, the epicentre of the initial COVID-19 pandemic. Apart from its associations with the virus, the central Mainland China city is also a key production hub for vehicles and accessories, making it an essential part of the global supply chain.

As the city went into lockdown for 76 days, all local industrial production ground to a halt. Inevitably, with the global supply of vehicle components disrupted, production of cars across the world faltered and stopped. This saw many automotive‑chip suppliers cancel their existing orders from Taiwan’s wafer factories as the expectation of huge losses grew.

Unfortunately, warnings that production capacity would be reallocated to other industrial sectors went unheeded. Neither did chip suppliers appreciate that waiting until the vehicle industry stabilised to place new orders would inevitably create a considerable lag before demand could be met, with many manufacturers committed to alternative contracts.

Four particular developments in the semiconductor sector combined to take up much of this sudden surplus capacity. Firstly, the COVID-19‑driven move to higher levels of remote working and home schooling saw demand spike for notebooks and tablets. Secondly, once the United States announced it was placing an export ban on Huawei, the Shenzhen‑headquartered telecoms giant ordered huge quantities of chips from Taiwan in a bid to stock up before the embargo came into effect.

A third development saw higher than anticipated sales of the iPhone 12 series result in Apple upping its order of high‑end smartphone chips from Hsinchu‑headquartered TSMC, again reducing the territory’s surplus capacity. Finally, the dawn of the 5G era and the consequential demand for an array of related chips both pushed up prices and ate into available production time.

With the global vehicle industry slow to recover, this left it seriously lagging behind in the queue to place new chip orders. Although Volkswagen had warned of the likelihood of a shortfall as early as April last year, it wasn’t until November that chip suppliers truly woke up to the scale of the problem they had created for themselves.

Taking stock of the current situation, a report by TrendForce, the Taipei‑headquartered market‑intelligence specialist, indicates that the shortages of 12‑inch wafers for master chips (MCU) and CMOS image sensors (CIS), 8‑inch wafers for micro electromechanical systems (MEMS), discrete power-management ICs (PMIC) and display driver IC (DDI) for car use are the most acute. Although producing many of these components does not require the use of advanced manufacturing processes, the small levels of stock typically held by car factories, coupled with the limited production capacity of chip manufacturers, have led to supplies continuing to run chronically low.

As the production capacity of all the major wafer original equipment manufacturing (OEM) factories in Taiwan is already committed and building a new plant or adjusting production lines cannot be done overnight, it is anticipated that the shortage of vehicle chips will endure for some time. This is despite the intervention of the many governments that have already called upon the assistance of Taiwan at the prompting of their domestic vehicle sectors.

Over the longer term, having learnt their lesson with regard to chip shortages, many car manufacturers in the US, Europe and Japan are now looking to build their own local semiconductor production facilities as a means of reducing their reliance on imports. As an indication of future intent, 17 European nations – including Germany, France, Italy and the Netherlands – signed the Joint Declaration: European Initiative on Processors and Semiconductor Technologies at the end of 2020, which collectively commits them to investing €145 billion (US$173 billion) in developing the European semiconductor industry over the next two to three years.

With the US and Japan similarly looking to boost their semiconductor‑manufacturing capacity, this is seen as likely to both enhance the technological development level and ensure the future integrity of high‑tech industrial supply chains on a global basis. From Taiwan’s perspective, however, it may mean that its once all but internationally indispensable semiconductor sector may face stiffer competition than ever before.