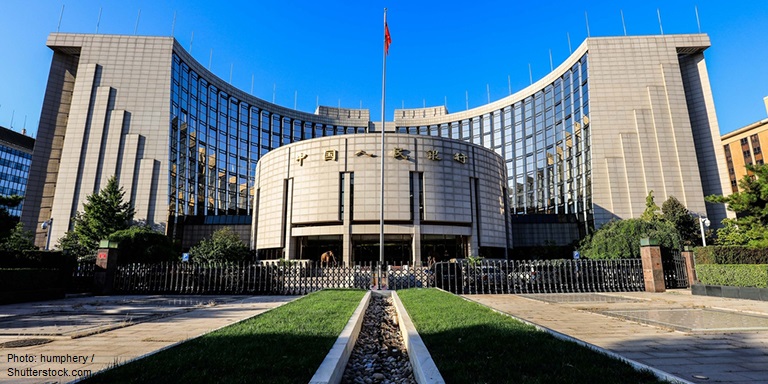 Mainland China’s central bank joins its peers in Hong Kong, Thailand and the UAE in creating a prototype for streamlined settlements.

As fintech transforms financial transactions both within and between economies, and cryptocurrencies such as Bitcoin and Facebook’s Diem, central bankers are looking at offering digital versions of their traditional units.

Economies with heavy trade flows have been among the first movers towards digital dollars, and the central banks of Mainland China, Hong Kong, Thailand and United Arab Emirates have teamed up with the Bank for International Settlements (BIS) to undertake a cross-border payments project — the Multiple Central Bank Digital Currency (m-CBDC) Bridge. "

The m-CBDC Bridge project will also explore business use cases in a cross-border context using both domestic and foreign currencies.

The project is seen encouraging banks in Asia and other regions to jointly study the potential of digital ledger technology in enhancing the financial infrastructure for cross-border payments. Eventually, the outcome is expected to alleviate the pain points in cross-border fund transfers, such as inefficiencies, high costs and complex regulatory compliance.

The project is a collaboration between the BIS Innovation Hub, the Digital Currency Institute (DCI) of the People's Bank of China (PBOC), the Central Bank of the United Arab Emirates (CBUAE) the Bank of Thailand (BOT) and the Hong Kong Monetary Authority (HKMA).

For domestic transactions, Mainland China is running tests on the digital renminbi in the hi-tech hub city of Shenzhen, the 2,500-year-old canal city of Suzhou and the capital of the interior Sichuan province, Chengdu.

As a follow-up to the Memorandum of Understanding signed between the HKMA and the BOT in May 2019, the two authorities initiated Project Inthanon-LionRock to study using central bank digital currencies (CBDC) for cross-border payments. A Thai baht-Hong Kong dollar cross-border corridor network prototype was developed, allowing participating banks in Hong Kong and Thailand to conduct transfer on a peer-to-peer basis, reducing settlement layers, the HKMA and BOT said.

Project Inthanon-LionRock led to a distributed ledger technology based proof-of-concept prototype being developed with the 10 participating banks from both places.

“With the use of blockchain technology, the innovative and unique solution not only addresses different technical issues in practical applications but also offers good references to the central banking community on the use of CBDC.”

BOT Deputy Governor Mathee Supapongse said: “Building on pain points and business cases, the novel cross-border model is designed and developed as a proof of concept.  The model offers a cross-border corridor network where participants can transfer funds instantaneously on a peer-to-peer basis and in an atomic [payment versus payment] manner. The design and key findings of the project have added new dimensions to central bank communities’ studies on cross-border funds transfer area.”

Building on Inthanon-LionRock, m-CBDC Bridge will develop a further proof-of-concept prototype to support real-time cross-border foreign exchange payment-versus-payment transactions operating around the clock in multiple jurisdictions. It will analyse business use cases in a cross-border context with both domestic and foreign currencies.

The Bahamas, and archipelago in the North Atlantic off the coast of Florida, has already launched its Sand Dollar, named after an echinoderm shell commonly found on its beaches. The Central Bank of the Bahamas said the Sand Dollar would Increase the efficiency of the Bahamian payments systems through more secure transactions and faster settlement speed.

It would also provide non-discriminatory access to payment systems without regard for age, immigration or residency status and achieve greater financial inclusion, cost-effectiveness, and provide greater access to financial services across all of The Bahamas.

The bank also saw the Sand Dollar strengthening national defences against money laundering, counterfeiting, and other illicit ends by reducing the ill effects of cash usage.

The Bank of Russia began a consultation on a digital currency in October last year. In addition to the concerns raised by other central banks Russia also sought to reduce dependency on the US dollar.

“At the same time, the introduction of a digital ruble may additionally contribute to financial stability by limiting the risks of the dollarisation of the economy in the circumstances where global trends in the digitalisation of the financial sector are rapidly developing and other central banks are developing their own digital currencies,” the consultation paper said.