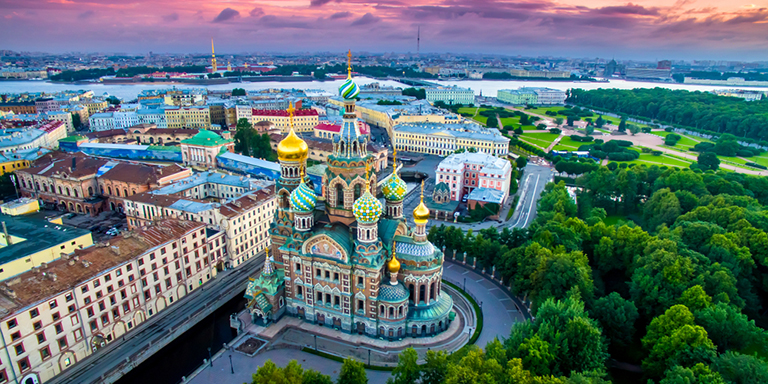 A rapid shift to online retailing brought by the COVID-19 pandemic has put the giant country firmly on Hong Kong exporters’ destination lists.

The Eurasian giant also has massive e-commerce potential. In 2019 only 9% of retail sales in Russia were e-commerce transactions – against 27% in Mainland China – despite Russia having a purchasing price parity per capita gross domestic product of US$11,600 against the mainland’s $10,260. The COVID-19 pandemic and control measures is driving fast e-commerce growth in Russia.

Jenny Lam, Economist with Hong Kong Trade Development Council, said Russia accounted for over 30% of Hong Kong’s exports to Central and Eastern Europe and these exports grew 13% in the first 11 months of 2020.

Since Russia straddles nearly half the globe, the eastern port of Vladivostok is just four and a half hours’ flight from Hong Kong, Ms Lam said. Contrary to much recent commentary, Russia does have a large young population, with 28% of its people aged under 25. As with youngsters the world over, these people are technology savvy and well-disposed to online services.

The government has offered generous child-raising subsidies since the beginning of 2020 – US$7,600 for the first child and $10,000 for the second, Ms Lam said. This could further widen the base of the demographic pyramid, increasing demand for child and baby products.

Ms Lam said fashion items contributes to about half of the turnover for Wildberries – Russia’s largest local online marketplace. Fashion brands are popular with the those such as Michael Kors, Aigner, Patrizia Pepe, Sonia Rykiel and BOSS joining Wildberries in 2020.

Ms Lam said the regulatory environment is relatively complex and information is often in Russian only. Hong Kong exporters should consider a local partner or setting up a firm in Russia, she said.

Items valued below €200 and/or with a gross weight of less than 31kg are exempt from import duties.
The e-marketplace is diverse with many platforms – third-party merchants 12.2%, Wildberries 10.8% and citilink.ru 4.9% among others. United States-based giant Amazon has just 1.5% of the market.

Another key feature of the Russian market, Ms Lam said, is a preference for store pick up since this offers time flexibility and a chance to check the products before accepting, especially important for fashion items. Other popular options include Russian Post, which is available throughout the massive country where many regions are thinly populated.

He said suppliers could register an account in just five minutes. Commissions range from 1% to 15% depending on category. Other fees for suppliers are delivery costs – 30 rubles (US$0.41) per delivery and marketing promotion costs associated with the media kit. For items that remain in warehouses for more than 60 days, there is a storage charge.
Suppliers have a single window – sometimes referred to as a “dashboard” to view all interactions.