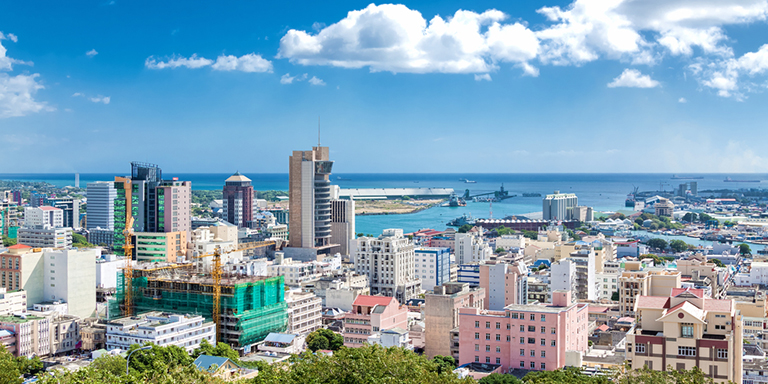 A free trade agreement with a member of a new African trade bloc offers Mainland China enhanced access to the vast regional market.

Mainland China began 2021 with a single step into a giant continent — Africa, The mainland’s free trade agreement (FTA) with Mauritius took effect on the same day as the African Free Trade Continental Area (AfCFTA), which includes Mauritius, rolled out, forging a link between the mainland and Africa. The each have a population of 1.3 billion, together accounting for one-third of the world’s consumers.

An island republic in the Indian Ocean and generally regarded as African despite being geographically outside the continent, Mauritius forms a natural link between Africa and Asia, and already plays a key role in trade and financial services between the continent and the mainland.

Signed on 17 October 2019, the FTA was the first between the mainland and an African country.

“The FTA not only provides a stronger institutional guarantee for deepening commercial relations between [Mainland] China and Mauritius, but also raises the level of [Mainland] China-Africa economic and trade cooperation to a new height,” said a spokesman for China’s Ministry of Commerce (MOFCOM).

He added that following negotiations, “the two sides eventually achieved a high level of liberalisation in the area of trade in goods, made high-quality mutual commitments to market opening in numerous service sectors, and agreed to carry out economic and technical cooperation in various fields such as agriculture, finance, medical care and tourism.”

“The FTA contributes to the building of a stronger China-Africa community with a shared future,” he noted. “The FTA is a concrete manifestation of the traditional friendship, solidarity and cooperation between the mainland and Africa.”

Mauritius’ Ministry of Foreign Affairs said in a statement from the capital Port Louis (main picture) that the FTA has 17 chapters covering a wide range of goods and services, as well as commitments in other areas such as competition, intellectual property (IP), e-commerce, investment and economic cooperation.

The MOFCOM spokesman said that with goods, Mauritius will gradually reduce tariffs to zero for 94.2% of tariff lines, accounting for 92.8% of Mauritius's imports from the mainland through a maximum five-year tariff reduction period, which will benefit mainland exports to Mauritius, such as steel products, textiles and other light-industrial products. The mainland will gradually reduce the tariff to zero for 96.3% of the tariff lines, accounting for 92.8% of imports from

Mauritius, through a maximum of seven years of tariff reduction.

The Mauritian ministry said the FTA covers key export items from the island such as rum, frozen fish, noodles and pasta, wafers and biscuits, fresh fruits, juices, mineral water, linen, garments, watches and articles of leather, among others.

“Mauritius struck an extraordinary deal with the mainland side on special sugar,” the ministry said, adding the mainland agreed to grant Mauritius a tariff rate quota of 50,000 tonnes’ market access for special sugar with an in-quota rate of 15%. Sugar-cane farming is a cornerstone of the economy. “Special sugar” is the brown, large-crystal sweetener often referred to as “coffee sugar”.

At the same time, the two sides reached a consensus on rules of origin and implementation procedures, sanitary and phytosanitary measures and technical barriers to trade.

With services, the mainland and Mauritius adopted the positive list approach to make liberalisation commitments with comparable overall levels and balanced benefits.

The mainland, on the other hand, significantly eased restrictions on Mauritius’s market access in commercial services, finance, transport and other areas, with the overall level of liberalisation far exceeding the mainland’s World Trade Organization accession commitments.

The agreement also allows companies from Mauritius to establish businesses in the mainland as wholly owned entities or in joint partnership with mainland operators.

Under the FTA, Mauritius and the mainland will also collaborate in 10 areas, including industrial development to increase competitiveness; innovation and research based manufacturing development; exchange of specialists; exchange of researchers for disseminating knowhow and for support in technology and innovation and to cooperate in the financial sector.

The AfCFTA agreement creates the largest free trade area in the world measured by the number of countries participating, the World Bank said. The pact connects 1.3 billion people across 55 countries with a combined gross domestic product of US$3.4 trillion. The agreement has the potential to lift 30 million people out of extreme poverty, the bank added. Of the 55 African Union members, 54 have signed the agreement, Eritrea being the exception.

The AfCFTA reduces tariffs among member countries and covers policy areas such as trade facilitation and services, as well as regulatory measures such as sanitary standards and technical barriers to trade. The World Bank expects the agreement to increase Africa’s exports by $560 billion, mostly in manufacturing.

“The FTA provides a guidance and model for mainland-Africa trade and economic cooperation,” said the MOFCOM spokesman.

“The proportion of final zero tariff lines for trade in goods on both sides exceeds 94%, both accounting for nearly 93% of imports from the other side. In the area of trade in services, both sides have committed to open up more than 100 sub-sectors, which is the highest level of liberalisation of service sector in FTAs Mauritius has signed to date.

“The investment chapter of the FTA has upgraded the agreement on mutual promotion and protection of investment [Mainland] China and Mauritius signed in 1996. It is the first upgrade of the investment protection agreement signed between the mainland and an African country.”

The MOFCOM spokesman said mainland businesses setting up regional headquarters in Mauritius can use the Indian Ocean island as a gateway to investment in other African countries.

“The network of bilateral treaties between Mauritius and other African countries reduces the risk of property expropriation, as relevant treaties contain provisions on investment refund and loss compensation in case of political turmoil, war, and state emergencies,” he said.

Businesses can also gain cost advantage and enjoy convenience by using the existing retail network, and manufacturing and logistics platforms between Mauritius and other African countries.

With e-commerce, the MOFCOM spokesman said the two will exchange and share information on laws and regulations, policies and practical experience, step up research and training, support the mutual recognition of digital certificates and electronic signatures, improve the acceptance of e-documents of trade management, and work together to create an enabling environment for businesses to improve efficiency and expand markets. “The two sides will intensify e-commerce cooperation to boost bilateral trade.”