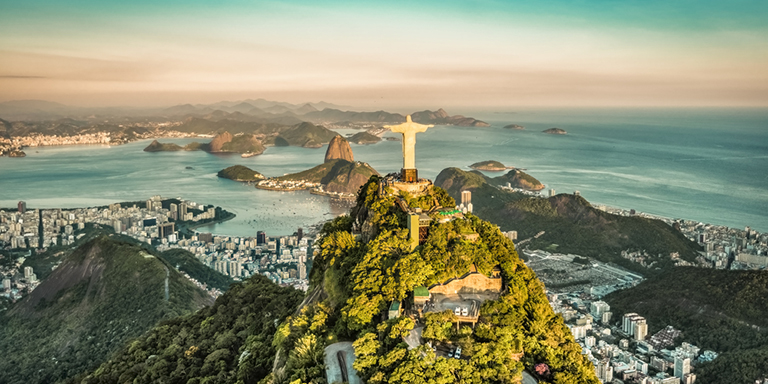 E-commerce could smooth the path to Brazil, a distant but massive market.

Brazil is a distant market for Hong Kong exporters in terms of geography but the southern giant’s size, rapid growth and demand for key items such as electronics make the country an attractive option.

Charlotte Man, HKTDC Economist, said many exporters in Hong Kong have seen Brazil as a source of small orders with price-sensitive consumers, which made establishing relationships difficult. She pointed out that e-commerce has grown at double digits in the country over the past five years and now accounts for 5% of retail sales but is growing quickly. These factors could lead Hong Kong exporters to explore the Brazilian market through e-commerce.

Brazil’s population of 210 million has an 80-million strong bulge in the key high-spending 25- to 50-year-old generation, X and Y age groups, 38% of the total, she said. The young digital generations account for a third of the population but have yet to become consumers. They will be important e-commerce customers in future years since they are digital natives, and will naturally tend to purchase online, Ms Man pointed out.

Traders in Brazil prefer domestic platforms with Mercardo Libre, Americanas.com and Magalu (58% between them) outdoing AliExpress, Amazon and Shopee (4%).

Ms Man said sales of consumer-goods, the sector most Hong Kong exporters operate in, had increased strongly over the past five years.

Hong Kong exporters needed to consider Brazil’s unique features, she said. Since the massive country has 5,570 towns and cities, Correios (the operator of Brazil's national postal service) is a popular distribution agent with which Universal Postal Union (UPU) members such as Hongkong Post are in partnership, and other Hong Kong logistics players which have a local presence like Kerry Logistics can be engaged for “last mile” delivery. Lead time between Hong Kong and customers in Brazil is typically 30 days.

The most popular marketing platforms are search engines and Facebook. Hong Kong exporters should consider taking on Brazilian marketing agents who are familiar with the local culture, Ms Man said.

Ms Man said few Brazilian consumers use international credit cards, most use Latin American ones. Payment by instalment is popular, and not just for big-ticket items.

View on the ground

The average age of e-commerce buyers is 37 and the male-female ratio is more or less even.

Mr Ayama’s firm is part of B2W Digital and specialises in global e-commerce (mundo means “world”). The firm takes account of unique Brazilian characteristics such as instalment payments and the popularity of mobile device use, which accounts for 75% of the firm’s traffic.