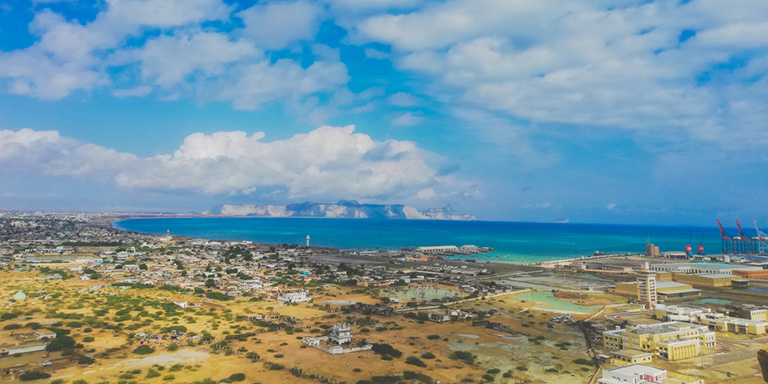 The Belt and Road link between Mainland China and Arabian Sea via a new deep-water port in Gwadar is back on track.

It is fair to say that even by the general standards of 2020, it has been a particularly tough year for Pakistan. A country of 215 million people, as of 9 November it had recorded more than 345,000 confirmed COVID-19 cases and almost 7,000 related deaths. This is the fourth‑highest total in Asia (after India, Indonesia and the Philippines) and sees the country listed as one of the world’s 30 worst-affected nations.

Inevitably, given the scale of its domestic outbreak, its efforts to contain COVID-19 have come with a high economic cost. As a sign of this, in June this year, the World Bank predicted the country’s economy would contract by 2.6% for the 2019‑2020 fiscal year, followed by a further 0.2% drop in the following 12 months. It also noted that its COVID-19 mitigation measures caused private consumption to tumble and had a damaging impact on its exports, with both issues expected to remain problematic over the long term.

With the country long‑established as a key partner in the Belt and Road Initiative –China’s ambitious international infrastructure development and trade facilitation programme – this economic downturn has obviously had a negative impact on many of the related projects currently underway. It is, however, not the only issue threatening to disrupt the progress of its joint‑venture developments with its Mainland Chinese partners.

Of particular concern is work on the China-Pakistan Economic Corridor (CPEC), a vast Belt and Road project with a current budget said to be in the region of US$60 billion. Undoubtedly ambitious in scope, it aims to put in place the required infrastructure to link the mainland and Pakistan with the markets of South Asia, the Middle East, Africa and, ultimately, Europe.

Funded and constructed by various mainland entities – and leased for 40 years by China Overseas Port Holdings –the port, once completed, will connect to Gwadar city, the Gwadar Free Trade Zone, a range of power plants currently under construction and the New Gwadar International Airport, forming an integrated logistics hub for coastal South Asia.

With local feeling running high, however, development work on the project has been harried by activists determined to impede its progress. At the same time, concerns over the existing funding arrangements have emerged. Over the summer period, this led to Pakistan initiating discussions with its mainland partners with a view to securing interest payment relief on some $10 billion of public and commercial debt.

Of late, however, there have been reasons to be more optimistic. From July, both COVID-19 infection rates and related deaths have shown a sustained decline as the country’s containment measures have gradually got ahead of the problem. This trend continued throughout October with hopes high that this progress will be maintained throughout the current month and beyond.

With this respite in place, both parties have acted to confirm their overall commitment to the CPEC. For Pakistan, this has seen it significantly increase the level of security within the region, while the mainland has stepped up its financial support. In the latter instance, this has seen mainland backing confirmed for two hydropower generation projects in Kashmir costing $3.9 billion and a $7.2 billion deal to upgrade Pakistan’s colonial‑era railways – said to be the most expensive mainland project in Pakistan ever to be given the green light.