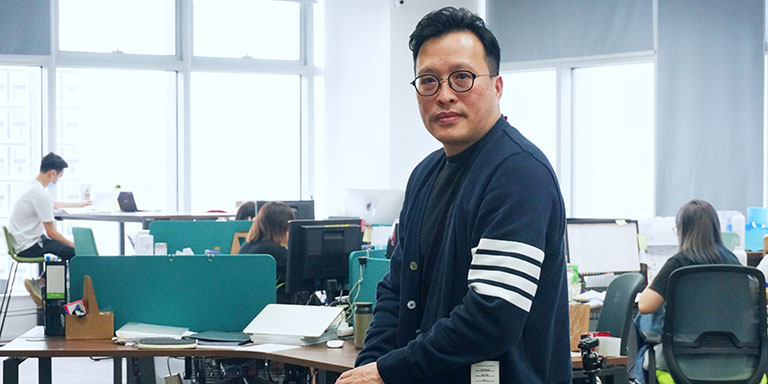 Airports and an expo centre in Hong Kong are trialling an innovative disinfecting ‘channel’.

While most of the world continues to fight the COVID-19 pandemic, a Hong Kong company is helping to meet the need by offering what it believes to be the world's first “mobile, smart disinfection channel”.

Rolled out in March by disinfection firm China Tech Global, the innovation, CLeanTech, takes the form of a booth and disinfects the person who passes through it. It has drawn orders from Hong Kong International Airport, the AsiaWorld-Expo convention and exhibition facility, as well as many local government agencies. Thanks to a promotion by the Hong Kong Trade Development Council (HKTDC), international airports in Australia are negotiating system-use terms. Altogether, the HKTDC has connected China Tech with 21 countries and 30 airports.

“CleanTech integrates three technologies: air disinfection and purification, smart photocatalytic sterilisation and negative pressure purification,” explained China Tech Global Founder and CEO Sammy Tsui. “It measures the user’s body temperature before they enter the channel. Then, when they are in the channel, it takes as little as 12 seconds, or a maximum of 40 seconds, to remove pathogens from their body and clothes.”

The internal surface of the disinfection channel has an antimicrobial coating that uses intelligent photocatalysis technology to eliminate pathogens on the skin and clothing of the person in the channel, while air disinfection and purification liquid spray conducts instant disinfection. The channel maintains a negative pressure, with outside air continually flowing in and disinfected before being expelled, preventing cross-infection between the environments inside and outside.

The CLeanTech channel takes people wanting to enter a clean area through a series of steps.

As a person approaches the channel, the machine measures their body temperature as they approach. If the temperature is normal, the gate opens automatically and the person can enter. The gate automatically shuts behind them, activating the negative pressure purification. The blast of air blows microbes off the person. Air supply in the channel can be replaced as often as 240 times in an hour – or four times a minute.

A photocatalytic surface on the channel walls eliminates pathogens, and disinfectant liquid is sprayed into the airflow for disinfection.

After 12 to 40 seconds, the gate on the other side of the channel opens, indicating the disinfection process is complete and the person can leave.

Mr Tsui said the local airport, managed by Airport Authority Hong Kong, had applied the company's antibacterial coating to some passenger facilities, including the monorail train coaches, to eliminate pathogens.

"The original plan was to introduce CLeanTech to the media at the end of March but this was scrapped because of COVID-19 restrictions preventing gatherings. However, the Airport Authority and AsiaWorld-Expo sent out their own press releases about using the channel, effectively becoming 'goodwill ambassadors' for us and bringing media coverage from as far away as the United Kingdom."

He said the HKTDC's office in Sydney also promoted the use of the technology at Australian airports and large enterprises. The company also took part in promotion activities organised by the HKTDC and the Hong Kong Special Administrative Region Government to promote local technology products and solutions to Association of Southeast Asian Nations (ASEAN) markets.

"At the end of August, the HKTDC will arrange a Zoom business-matching meeting for us with two companies in Thailand and Indonesia," advised Mr Tsui. CLeanTech has received inquiries from Japan, the Philippines, the Middle East, Europe, South Africa and other places, and has also submitted an epidemic prevention proposal to Qatar 2024 World Cup organisers, he added.

Mr Tsui has engaged with the media for more than 20 years, focusing on marketing and sales. Later, he enrolled in the Executive MBA (Master of Business Administration) programme at the Chinese University of Hong Kong in 2012. After graduating in 2014, he started his own business. He had noted the rise of winter-flu complications and believed the market for disinfectants was promising. Since 2009, the company has been using air disinfection and purification liquid which uses natural plant extracts.

There is no medical treatment for influenza, he pointed out, and the most important way to fight the disease is to improve public's awareness of hand hygiene.

The COVID-19 outbreak which began early this year brought global demand for CLeanTech. Mr Tsui said that within three months of its launch CLeanTech won International Electrotechnical Commission (IEC) safety-standards recognition, used in 50 countries. The firm is also being engaged by multiple government departments in Hong Kong - including the Civil Aviation Department, Government Flying Service and Correctional Services Department - along with public organisations, real-estate developers and firms in other sectors.

"When the epidemic was at its worst in March," he recalled. "I briefed the government departments on CLeanTech. At that time, the head of one of the departments asked if it cost HK$2 million, but I said it was just HK$200,000."

He had hoped that customers would readily adopt the technology if it was affordable, reducing the spread of pathogens as quickly as possible: "Machinery to generate negative pressure, automatic doors that meet fire-safety standards, plus stainless steel moulds, already cost more than HK$200,000, excluding research and development expenses. But I am not selling hardware to make money," he explained. “All the consumable items required, such as the disinfectant liquid, are China Tech Global products. That’s where we hope to earn revenue.”

He said a 15-metre-long CLeanTech channel will be used at the local airport on a trial basis at the end of October.
The company also offers artificial intelligence-based, anti-epidemic medical devices that monitor heart and lung data to detect prevalence and incidence."