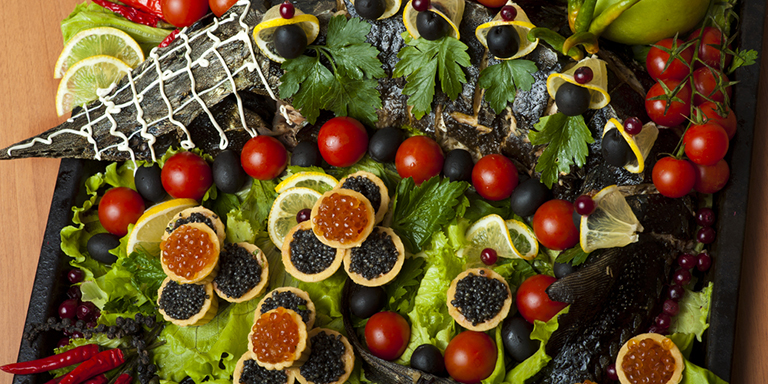 COVID-19 outbreak triggers spike in trade of both staples and luxury items.

While the COVID-19 outbreak has seriously restricted bilateral trade between Russia and Mainland China in general, it has – less expectedly – provided a boost for certain sectors. More specifically, while exports of industrial and natural‑gas processing equipment to Russia have tumbled, the country’s own exports of agricultural products to the mainland have soared.

According to figures from the mainland’s customs service, about US$1.8 billion worth of agricultural products were imported from Russia between January and May this year – a 25% increase over the same period in 2019. Significantly, for the first time in the modern history of trade between the two countries, Russia‑sourced food and beverages have become the country’s second‑largest category in terms of its mainland‑bound exports – trumped only by crude oil, which accounts for 7.6% of the total trade volume.

In truth, the foundation of this success was laid several years ago when Russia managed to persuade the relevant mainland authorities to lift the non‑tariff barriers preventing the country’s products being imported into the mainland, a development that benefitted food and grain producers in particular. A further boost came in 2018 when the Russian Federal Government began subsidising the export of industrial and agricultural goods via its network of Russian Export Centres, a system that is now in operation across the mainland.

Further momentum has come from both Russia and the mainland investing heavily in the development of land transportation routes between Asia and Europe, initiatives that have, again, proven to be hugely advantageous for Russian food and beverage exporters. Though the sea routes currently remain cheaper and more popular, the two‑week reduction in delivery time offered by the land‑transit arrangements is a compelling argument for making a switch. Additionally, given that both the mainland government and its counterparts within the Eurasian Economic Union (EEU) are committed to heavily subsidising rail‑freight routes, it is likely that any financial differential may be eroded over the medium to long term.

The final spur to growth, of course, came courtesy of the COVID-19 outbreak itself, which acted to expedite the widespread adoption/acceptance of electronic customs and logistics documentation among the key parties involved – most notably Russia, the EEU and the mainland. This streamlining of all the formerly paper‑based delivery/customs procedures, as well as the relevant cargo‑handling protocols, has acted to considerably accelerate the growth of Russia’s agricultural exports to the mainland. This was further facilitated by the mainland’s central railway authority cutting a number of the related tariffs in a bid to ensure the crisis didn’t result in any shortfall in the overall level of food availability. In light of these combined factors, then, it should really come as no surprise that the volume of Russian agricultural exports dispatched to the mainland via rail freight climbed by 46% (to 464,000 tons) in the first five months of this year.

While Russia isn’t set to overtake either the United States or the European Union as a key agricultural supplier to the mainland anytime soon, the impressive growth of such exports and the overall geopolitical agenda would certainly add probability to any such development. In light of this, Hong Kong‑based distributors would be well advised to familiarise themselves with many of Russia’s more premium food and beverages exports – notably caviar (main picture), salmon roe, sturgeon, honey, chocolate and wine – with a view to capitalising on the growing demand for such items among mainland consumers.