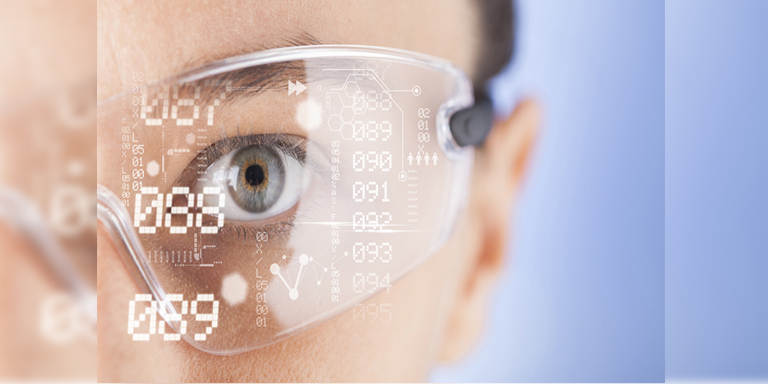 An electronics fair in London held on the eve of the COVID-19 shutdown featured many technologies that became boons during lockdown.

Little knowing just how imminently contactless‑payment facilities and anything that digitally facilitated distance-working would be mandatorily in vogue, this year’s United Kingdom Wearable Technology Show took place in those long-ago phony war months, a time when it was blithely assumed some distant Asian ailment would never have the temerity to extend its tentacles to Europe. How little we knew.

While such blinkered thinking now seems quaint (at best) and dangerously self‑deluding (at worst), it’s fair to say that the London expo scene at least went out (temporarily presumably) on something of a high note. Indeed, the range of wearables on offer at the Business Design Centre in early March showcased a sector in ironically rude health, even as a host of pathogens passed through the arrivals gate of Heathrow, just 23 kilometres to the west.

Among the many exhibitors blithely unaware of the oncoming storm was Hertfordshire‑based K Wearables, a pioneer in on‑person payment options. The company had headed to central London to promote the K Ring, a discreet, contactless payment device it bills as: “The smart ring that lets you pay with the tap of your hand.”

Understandably keen to extol its virtues, Partnership Manager Nigel Palmer said: “Essentially, it's a virtual MasterCard. While you can register your credit card, if you do there's a fee, so we recommend using a debit card or bank transfer.

“Then there are two options to load the ring. You can do it manually yourself or you can set it for an auto top‑up, so when you get below, say, £30 [US$38], it adds another £50. For my part, for budgeting purposes, I put £200 on it on a Monday and that's my money for the week. When that runs out, it's time to head home.”

According to the company, the ring is available in 14 colour combinations and a range of sizes, all complete with a scratch‑resistant, waterproof zirconia ceramic outer shell set over a hypoallergenic epoxy resin base. It requires no charging or pairing, can be switched on and off easily via a mobile app and, as an additional security measure, in order to make a payment, the bearer must hold their fist in the designated ‘transmission ready position’ within 4 centimetres of a contactless reader.

Outlining how the company has overcome a degree of initial resistance, Mr Palmer said: “People don't like change, of course. They like their cash, they trust their card or they think a ring will be easy to skim. The way that we've designed it, however, makes it quite resistant to fraud.

“In terms of usability, contactless MasterCard payments are now accepted in something like 40 million retail locations worldwide and we currently have users in destinations as far afield as Goa, Rio de Janeiro, Australia, Canada, New York…”

As well as offering streamlined payment solutions, wearable tech is also seen as having particular applications within the field of motion capture. Looking to take a lead in this particular sector was another exhibitor – Xsens, a Netherlands‑headquartered specialist in the development of 3D motion-tracking systems.

Outlining the real‑world applications of the company’s research, Business Development Manager Desmond de Haan said: “After accumulating various sensor data, such as direction and velocity, we then generate 3D orientation. Our customers can then utilise this data to animate objects when making games, movies or whatever else they opt to do.

“It can also be used in sports and biomechanics, fields where you could relate the data to posture or movement in general. With many small companies and start‑ups looking into this now, we want to provide them with a low‑cost solution that allows them to develop freely in this particular space.”

Singling out a particular problem the company has had to address, Mr De Haan said: “Within the wearables industry, battery life is certainly the key issue. It is, however, an element that is very customer‑specific and very dependent on their particular goals. Our typical battery life is currently about six hours, which could be plenty of time for some but way too little for others. From our experience, though, six hours is more than enough for most applications.”

Battery life issues have also proved a central concern for many developers of smart glasses. This year, though, one exhibitor – Graz‑based Fauna Audio – was launching its next generation intelligent spectacles, which were said to embody a novel approach to the critical power‑supply problem.

Detailing the specs’ specs, Head of Marketing Isabel Anger, said: “Our latest range of Fauna Glasses come with two speakers and two microphones on either side. That means you can listen to any audio files you have on your computer – music, podcasts, whatever – and you can also use the glasses for phone calls or to interact with Google Assistant, Siri or anything similar.

Currently at a pre‑sales stage, the glasses are initially to be introduced to the European and United States markets. Outlining the thinking behind this strategy, Ms Anger said: “In theory, although we ultimately intend to sell on a global basis, the glasses were designed with typical European head sizes / shapes in mind, making them inappropriate for, say, the Asian market.”

Among the other companies to have a significant presence at this year’s event was Thrive Wearables, a Brighton‑based wearable technology development consultancy. Representing Thrive at the show was Steve Parr, Healthcare and MedTech Lead at the Enterprise M3 LEP Growth Hub, who also acts as Sales Consultant for the company.

Introducing the business, Mr Parr said: “Thrive is the only pure‑play research, design and development consultancy in the wearables sector in Europe. Since launching in 2015, we’ve aimed to work across a wide range of potential wearables applications rather than just restrict ourselves to a particular market segment. What’s particularly surprising at the moment is the breadth of organisations outside the core healthcare wearables market that are now showing an interest in the technology.

“When you look at the real market prospects, though, there is now something of a polarisation between the more established commercial products – the kind favoured by Apple, Fitbit and so on – and a whole new range of more ground‑breaking stuff.

“We might, for instance get a call from someone like Unilever. With that kind of company, it’s not a question of providing an off‑the‑shelf solution. Instead, it’ll be interested in something new and bespoke, something with, say, a low‑voltage, long‑life, light battery, that has no negative attributes when worn. While those are the kind of challenges we like, the downside, of course, is that not every blue‑sky project ultimately comes to market.”

The Wearable Technology Show 2020 took place from 10-11 March at the Business Design Centre in London.